A compilation of some interesting facts about the exosphere intended to shed light on this layer of the Earth's atmosphere, which is sometimes - though incorrectly, considered a part of the outer space. Continue reading.... 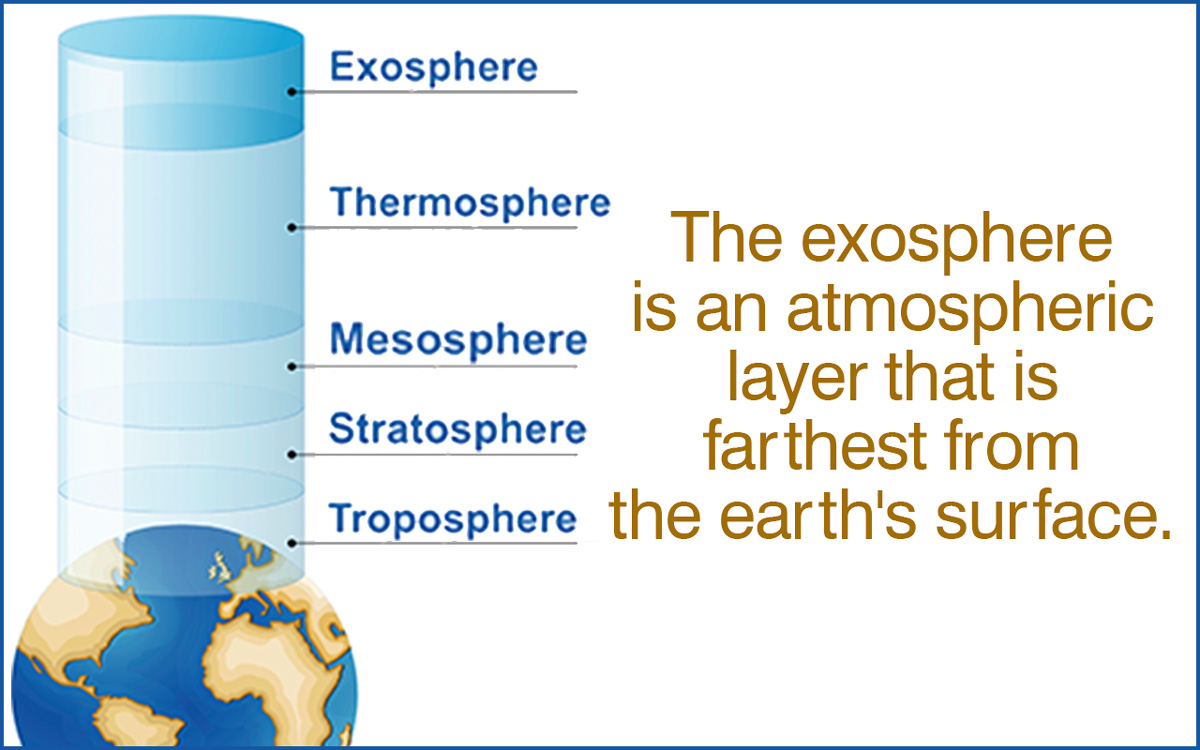 A compilation of some interesting facts about the exosphere intended to shed light on this layer of the Earth’s atmosphere, which is sometimes – though incorrectly, considered a part of the outer space. Continue reading…. 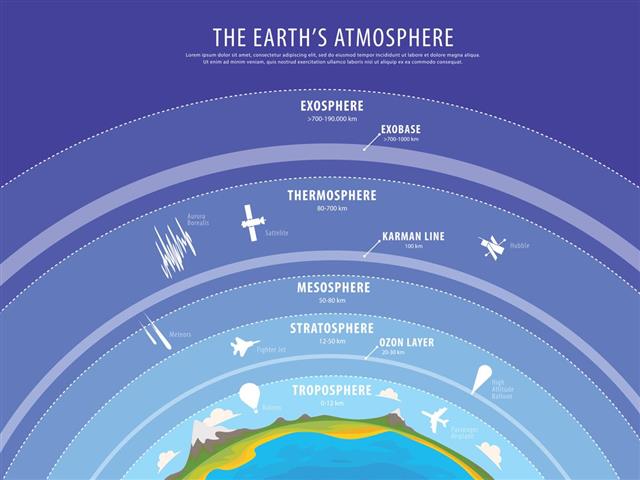 Facts about the Exosphere

The lower boundary of the exosphere ranges somewhere between 310 to 620 miles above the surface of the Earth, depending on the solar activity that the region is subjected to. Exosphere roughly begins with the exobase at the place where the thermosphere ends with thermopause. As light and fast-moving molecules are known to escape into the outer space from the exobase – unless they collide with each other, it is also referred to as the ‘critical level of escape’. On the other hand, the upper boundary of the exosphere – in a theoretical sense, is believed to be somewhere around 120,000 miles above the surface of the Earth; and that roughly sums up to half the distance between the Earth and the Moon.

The part of the exosphere which can be seen from the Earth is referred to as the ‘geocorona’. It extends from the surface of the Earth to 62,000 miles above, and is typically characterized by its luminosity. That being said, the upper limit of the exosphere is just a theoretical assumption, with many people still going ahead with the belief that exosphere is a part of the outer space, and not one of the layers of the atmosphere as it is otherwise believed. Experts of the field, however, continue to stress on the fact that, it is the exosphere which is the transitional zone between the Earth’s atmosphere and the outer space/interplanetary space.

As far as the density is concerned, the exosphere is very thin, and is typically characterized by the presence of light gases such as hydrogen and helium, alongside carbon dioxide and oxygen in trace amounts, in it. As the atmosphere is very thin at this level, the conditions prevailing here are as good as vacuum. In terms of temperature, the exosphere is very hot as the molecules move at a high velocity here. However, there are no particles out there which would heat up due to hot air in the surrounding, and that – in turn, will make sure that you won’t feel hot in the exosphere even when actual temperature is very high.

In exosphere, those molecules which have a high velocity tend to escape into the outer space; while those which are relatively slow are held back by the gravity of the planet. The low-density – which happens to be a characteristic trait of this atmospheric layer, reduces the chances of molecules colliding into each other very rare. In thermosphere, you often get to see atomic collision of molecules, but beyond the thermopause the picture is totally different and these atomic collisions are replaced by ballistic collision of molecules.

Even though the term ‘exosphere’ is used for the outermost layer of the Earth’s atmosphere in true sense, it is also used to refer to the atmosphere of planets like Mercury, which is as tenuous as this atmospheric layer of our planet, at times. While some scientists are of the opinion that exosphere is the biggest layer of the atmosphere of the Earth, there is no concrete evidence to support this – and thus the credit of being the biggest layer goes to thermosphere.