Here are Some Spectacular Facts About the Thermosphere

It wouldn't be surprising if the thermosphere facts provided in this article leave you amazed. After all, most of the people are not even aware of the existence of this layer, leave alone knowing that it is the largest layer of the Earth's atmosphere.

Home / Uncategorized / Here are Some Spectacular Facts About the Thermosphere

It wouldn’t be surprising if the thermosphere facts provided in this article leave you amazed. After all, most of the people are not even aware of the existence of this layer, leave alone knowing that it is the largest layer of the Earth’s atmosphere. 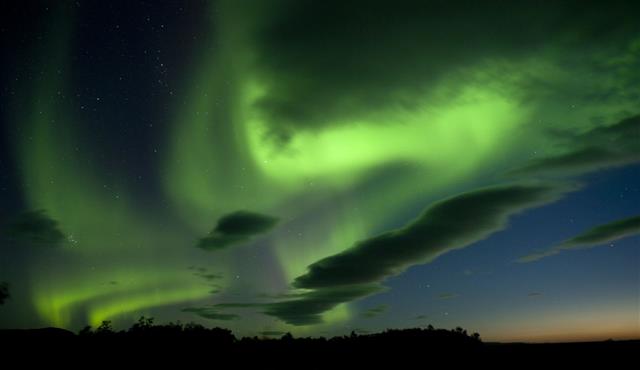 Contrary to the belief that the thermosphere doesn’t really play any significant role in presence of life on the Earth, studies have revealed that it is as important for us as the other layers of the atmosphere. Basically, the Earth’s atmosphere is divided into five layers, each of which plays a vital role in making it the only planet to support life.

As there is no clear boundary to demarcate where the exosphere ends and space begins, it is quite difficult to ascertain the vertical length of this layer. In fact, the exosphere is considered synonymous to space at times. Additionally, some sources state that the space begins at a height of 62 miles from the Earth’s surface, which is just above the mesopause―the boundary between the thermosphere and mesosphere.

The auroras, i.e., the northern and southern lights, which grace the sky in Arctic and Antarctic regions, actually occur in the thermosphere.

Interesting Facts about the Thermosphere

~The thermosphere derives its name from the Greek word thermos, meaning heat. Starting from the surface, it is the fourth layer of the Earth’s atmosphere. This also makes it the second farthest atmospheric layer from the Earth’s surface; the only layer farther than it being the exosphere.

~The thermosphere roughly begins at a distance of 53 to 56 miles from the surface of the planet, and extends all the way up to 311 to 621 miles. Extending vertically for a distance of about 250 to 550 miles, it is the biggest layer of the Earth’s atmosphere.

~Its size makes the thermosphere one of the most dynamic layers of the Earth’s atmosphere and thus, the only object that can make it to this layer is a space shuttle. Interestingly, the orbit of the International Space Station (ISS) is located in this layer.

~As the air in the thermosphere is very thin, a small difference in energy can cause large fluctuations in the temperature. In spite of its characteristic high temperature, a normal thermometer would show a reading below 32°F in thermosphere, as the energy lost due thermal radiation in this layer is more than the energy acquired from the atmospheric gas by direct contact.

~The ionosphere―extending from 53 to 370 miles―is an atmospheric layer with charged particles, which facilitates long-distance radio communication. The ionization process in the thermosphere is also attributed to ultraviolet radiation of the Sun.

By far the most fascinating thing about the thermosphere is the fact that auroras―the spectacular natural light displays in the sky―are attributed to it. These lights occur when charged particles from space excite the atoms and molecules in this layer into high energy state after colliding with them. The phenomenon, which is quite popular in higher altitudes, is one of the best examples of nature at its dramatic best.