What is a Pluralistic Society and What are Its Pros and Cons? 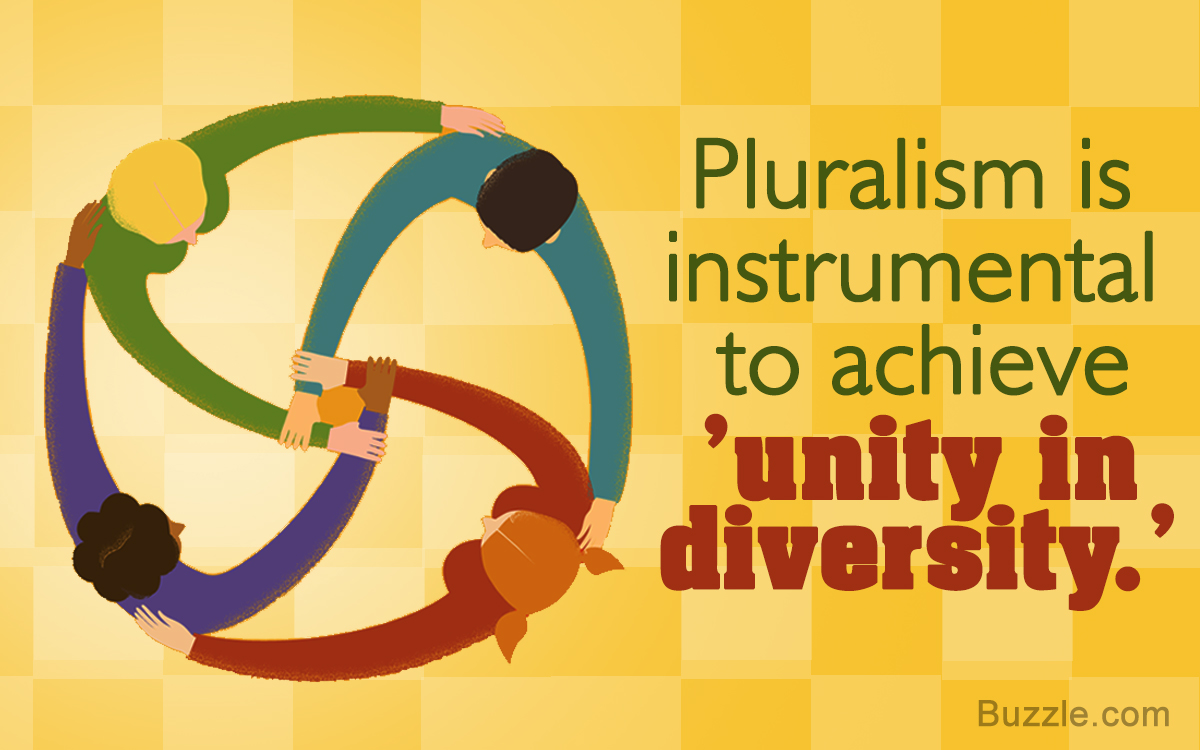 People with different backgrounds, belief systems, opinions, likes, and dislikes co-exist in the same society. Such a society represents the very definition of a pluralistic society.

South Africa is known as a ‘Rainbow Nation’ which can be attributed to the fact that it houses one of the largest pluralistic societies in the world.

A verse in Sanskrit language ends with the words ‘वसुधैव कुटुम्बकम’ (vasudhāiva kutumbakam), which roughly means that this world is one big family. Globalization has gone on to prove it right by bringing the whole world closer on account of the time-space compression. As a result, the boundaries between people have almost vanished. Well, not completely, they pretty much exist mildly so to say.

People of various ethnicity, religious beliefs, races, economic or political background stay together in a single society, and I dare say, rather harmoniously. The acknowledgment of the existence of this diversity by the inhabitants of the society is true ‘pluralism’. It is not the mere display of tolerance that forms such a society, but it also includes the understanding as well as respect towards the differences. There can always be an exchange of healthy criticism or the inhabitants have the choice of keeping their opinions limited to themselves. However, it is of more importance that they are not a nuisance to others.

When people with different origins, backgrounds, belief systems, and other differences come together to form society and live in it, then such society is known as pluralistic society. In this case, there is no force or coercion by anyone or on to discard their existing belief system and adapt to new one. Such a society is more or less based on the principal of ‘Live and Let Live’. Even the minorities are allowed to maintain their own, different identities in the matters that differentiate them.

One of the major strengths of a pluralistic society is that its inhabitants have a lot more acceptance and are more tolerant. They try to be much more understanding towards the differences that others may find difficult to accept. They tend to be less prejudiced towards the minorities.

The members of such a society are more inclined towards keeping their beliefs intact and preserving them. The ones who belong to a pluralistic society are able to understand that a different point of view or a different take over a same issue may exist. Trying to lead people with different skills is bound to do good to the leadership skills too. This can eventually aid in the decision-making process.

There is a risk of alienation among two factions owing to overexposure to each others belief systems. This can lead to hostilities which can easily escalate even by a slightest trigger. This also can be due to favoritism from the authorities towards any particular group over the other. It may be difficult for those who have lived in such a society for all of their lives, to live and adjust in a homogeneous society in a short span of time.

Nations like India and the United States are examples of pluralistic society. The citizens of India follow various religions like Hinduism, Christianity, Islam, Sikhism, Jainism, Buddhism, etc., and yet they stay together. On the other hand in the United States, there are people from varied ethnicity and belonging to various cultures living together. Another example of a pluralistic society would be of Turkey which serves as a melting pot for cultures from two continents. When the formation of a pluralistic society is encouraged, then it is known as active pluralism. The essence of pluralism lies in forging and building social bonds.