What’s the Difference Between Food Chain and Food Web?

Ecological community is the collection of individuals belonging to different species, occupying the same habitat, at the same time. The interaction between these individuals for their survival gives rise to various food chains, which ultimately give rise to various food webs. This ScienceStruck article does an analysis of food chain vs. food web by describing the different aspects surrounding it. 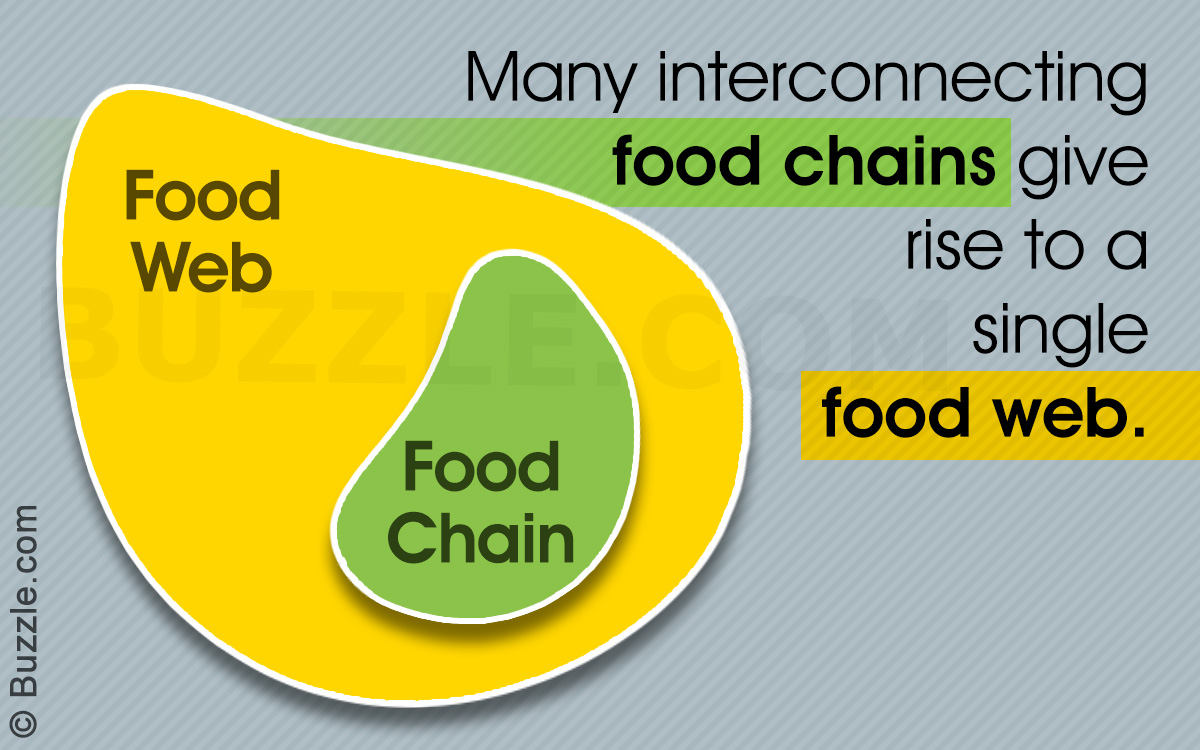 Ecological community is the collection of individuals belonging to different species, occupying the same habitat, at the same time. The interaction between these individuals for their survival gives rise to various food chains, which ultimately give rise to various food webs. This ScienceStruck article does an analysis of food chain vs. food web by describing the different aspects surrounding it.

Keystone species are those whose presence has a significant impact on the survival of the ecological community.

Food chains and food webs serve as important tools in understanding how every individual of the ecological community, no matter how big or small, plays a role in the maintenance of the community as a whole. It helps us to understand how the reduction in the population of one individual causes a reduction in the population of other individuals. We also get to learn certain concepts like natural selection and behavioral adaptations of different plants and animals for their survival.

How Does This Interconnection Arise?

Every food chain or food web is made of different stages called trophic levels.

The first trophic level comprises producers. Producers are plants. These utilize energy from the Sun and convert inorganic substances into organic food material, through the process of photosynthesis. In a way, they lock solar energy into a form that is more readily usable by other individuals. As these produce their own food, they are called producers.

Only 10% of the total energy passes from one trophic level to the next trophic level, as most of the energy is consumed by the individual to do work. Due to this, a food chain is mostly made of 4 – 5 trophic levels only.

Another trophic level is occupied by decomposers. Decomposers grow on dead and decaying organic matter, and convert it into simple inorganic substances. They usually comprise detritivores (earthworms, termites, etc.), bacteria, and fungi.

Although a food chain is a part of the food web, there are a few basic differences between the two.

✦ Isolated food chains will decrease the stability of that ecological community. Suppose herbivore B solely depends on producer A for its food, a carnivore C completely depends on herbivore B for its food, and may be another carnivore say D depends solely on carnivore C for its food. Now, there is a chance that if any one of these die, the rest may starve to death, and ultimately the whole chain may collapse. As a result, there is a reduction in the number of species present in a particular ecological community, which will, thus, reduce its stability.
✦ Complex food webs have greater stability. The complexity of a food web can be determined by the number food chains that are interconnected. Complexity increases as the number of interconnected food chains increase.

By understanding how a food chain and, thereby, how a food web works, we are trying to understand the fine balance that exists in nature, which is essential for our very own survival.