As the name suggests, heat transfer is the travel of heat or thermal energy from one object or entity to another. This transfer takes place in three ways - conduction, convection, and radiation. This ScienceStruck post discusses the methods of heat transfer and its applications in detail. 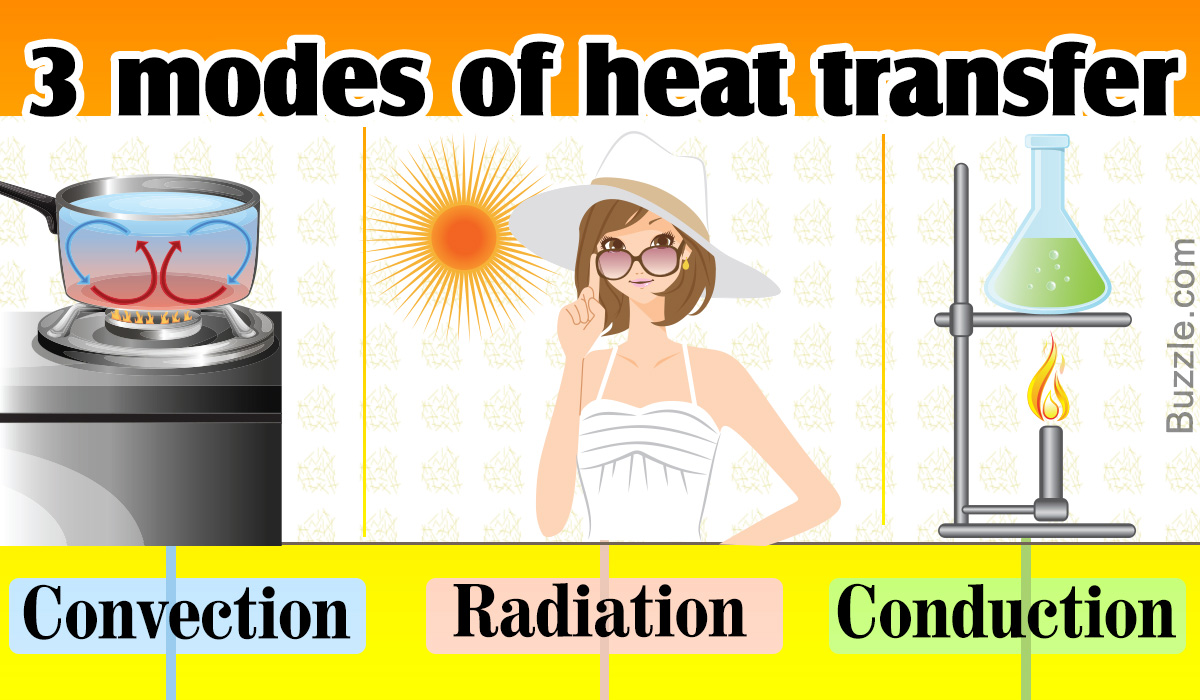 As the name suggests, heat transfer is the travel of heat or thermal energy from one object or entity to another. This transfer takes place in three ways – conduction, convection, and radiation. This ScienceStruck post discusses the methods of heat transfer and its applications in detail. 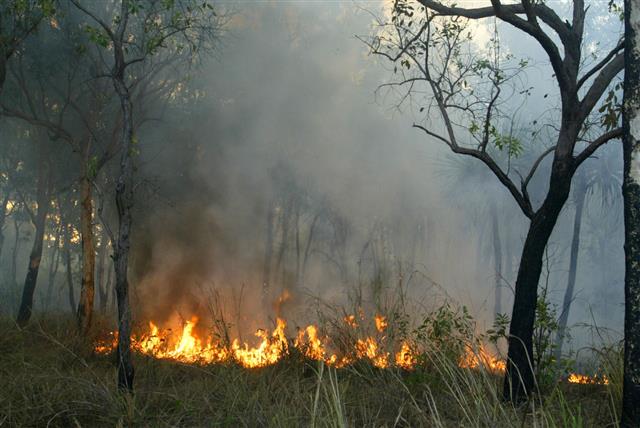 Heat can be defined as the process of transfer of thermal energy from or to an object. And as it is a process, objects or bodies do not contain heat but thermal energy.

Why do you burn your hand when you touch a hot pan placed on a burner? How does the cooling system of an automobile engine work? Why do you feel warm when you stand in the sun for a while? The answers to all these questions lie in the concept of heat transfer and the three modes of heat transfer. But before we discuss heat transfer, let us take a brief look at the branch of physics known as ‘thermodynamics’.

● Conduction can occur in solids and fluids. It is the transfer of heat across a medium or objects which are in physical contact.

● A hot pan placed on a burner burns your hand if you touch it because conduction of heat takes place between the heated pan and your hand. Consider a gas that is in steady state (i.e., state variables like pressure, density, temperature are constant). Conduction can be imagined as the energy transfer from more energetic to less energetic particles (here, molecules) due to interaction between them. This energy is related to translation motion, as well as internal rotational and vibration motions of the molecules.

● An example of conduction of heat is a thermocouple. It is a temperature measuring device made up of two dissimilar metals joined together to form two junctions. The temperature of the hot junction is measured with respect to a reference cold junction. An electromotive force (emf) is generated at the two junctions due to the presence of a temperature gradient ,which is measured.

● As mentioned earlier, heat transfer analyzes the rate of exchange of heat.. The rate equation for heat conduction is known as ‘Fourier’s Law’. For a one-dimensional plane wall it is given by:

where, q”x = heat transfer rate in x-direction per unit area perpendicular to the direction of transfer
Proportionality constant k is a transport property known as thermal conductivity (W/m K) and is characteristic of the material.
dT = temperature difference between two faces of the wall of thickness dx
Minus sign indicates that the heat transfer is in the direction of decreasing temperature.

● Convection is the transfer of heat from a fluid to a solid surface or within a fluid.

● Convection currents is the best example of this mode of heat transfer. When a cast iron skillet containing water is placed on a burner, convection currents are formed in the water. Warmer, less dense molecules move up while the colder ones sink down. The convection currents set up in a room with a radiator are shown in the adjoining figure. The radiator draws the cool air at the bottom, which is warmed over its fins. The hot air is discharged at the top keeping the room warm.

● Convection is of two types:

● The rate equation for convection is known as Newton’s law of cooling.

● Matter that is at finite temperature emits energy in space in the form of electromagnetic waves. This is known as ‘radiation’.

● Radiation from the surface of the Sun is a well-known example. People can sit around a campfire and warm their hands over it because of the heat radiated from the fire.

● Presence of a medium is immaterial for the propagation of these electromagnetic waves. In fact, radiation occurs most effectively in a vacuum.

● It occurs in solids, liquids, and gases.

● Emissive power “E” is defined as the rate at which thermal energy is released per unit area by the matter of a surface. The upper limit to this emissive power is given by Stefan-Boltzmann Law:

● Convective heat transfer co-efficient ‘h’ is the quantity of heat transferred in unit time through unit area at a temperature difference of one degree between the surface and the surroundings.
Unit = W/ m2 K

● Overall heat transfer coefficient:
Heat flow rate through a composite wall and considering all modes of heat transfer (i.e. by conduction, convection, and radiation) can be expressed as:

where Ti, To are temperatures at inner and outer sides of a composite wall, respectively
A = Area of heat flow normal to heat flow direction (m 2)
U = Overall heat transfer coefficient
ΣR= 1/UA = Overall or combined thermal resistance of the wall.

● Applications of convection include the cooling system of an automobile engine, blood flow rate in peripheral vessels, etc.

● Thermocouple is a device which uses conduction as a mode of heat transfer.

● Black body radiators, Greenhouse effect, are some examples of radiation.

Thus, in practice, heat transfer is usually a combination of two or all three modes. This was a brief description of these modes.