What are Convection Cells and How do They Work? 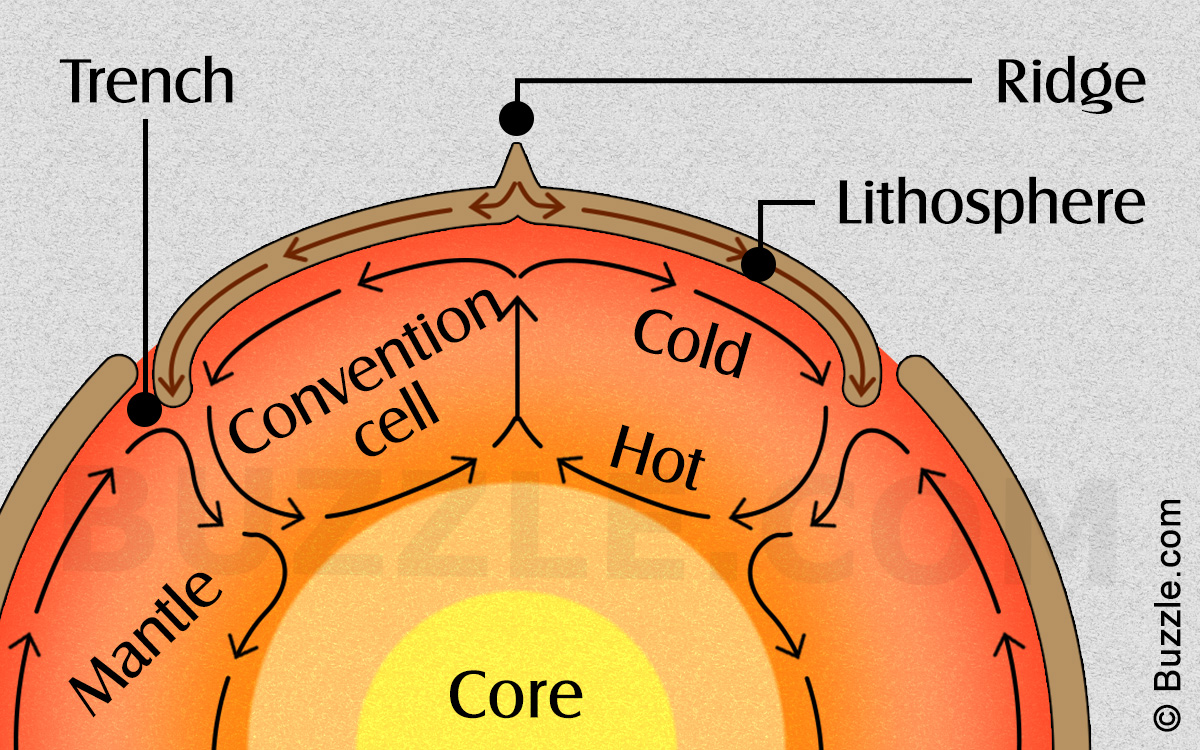 The formation and working of convection cells is an important process in the formation of landforms and the movement of winds across the globe. In this ScienceStruck article, we will study this phenomenon, and learn about its effects on our world.

The movement of a convection cell in the mantle of the Earth is an extremely slow process, with changes of only 2-3 cm each year. This makes the movement nearly impossible to track. However, over a period of millions of years, convection cells have made many significant changes to the surface of the Earth and will continue to do so for the foreseeable future.

What are Convection Cells

The circular movement of a gas or liquid rising or falling as it becomes hotter or cooler, respectively, is defined as convection. This is the primary process through which fluids and gases transfer heat when exposed to a heat source. In this process, the increase in heat decreases the density of the substance, causing it to rise, while being simultaneously replaced by cooler gas or fluid.

When the substance rises it gradually loses heat, again increasing in density, causing it to sink. However, since it cannot move through the rising fluid below it, it spreads horizontally, before sinking back to the point of origin, starting the cycle all over again. Let us now see how similar convection cells operate on Earth, through the magma in the mantle and the air in the atmosphere.

When the substance rises it gradually loses heat, again increasing in density, causing it to sink. However, since it cannot move through the rising fluid below it, it spreads horizontally, before sinking back to the point of origin, starting the cycle all over again. Let us now see how similar convection cells operate on Earth, through the magma in the mantle and the air in the atmosphere.

Working of Convection Cells in the Earth's mantle

This is a geology term for the concept of lateral or upwards and downward movement of the mantle under the crust, due to the variations of heat in the Earth. Intense heat from the Earth’s core enables the formation of convection cells below the crust by the constant circulation of fluid magma in the mantle. This circular movement causes the crust to split into various continental plates, resulting in volcanoes and earthquakes. Fluid material from the mantle is gradually added to the crust, and cool pieces of the crust are pushed laterally and downwards into the mantle. This phenomenon is known as a slab pull. Areas which exist directly above such convection cells usually split and separate. Also, convection cells can cause tectonic plates to push against each other forming mountain ranges such as the Himalayas. Also, one can find hot spots where the convection cell has been applying heat to the crust for a long time, such as the highly volcanic island of Hawaii. Let us now look at how do convection cells work in the atmosphere of the Earth.

Working of Convection Cells in the Earth's Atmosphere

Convection cells are even formed in the atmosphere above the Earth’s crust, in which a self-contained zone of warm air in the equator is pushed upward and is balanced by the downward motion of the cooler air coming in from the poles. The equatorial region receives more sunlight, making the air warm. As warm air near the equator loses density and moves around 6-10 miles high, it loses heat, and falls when it regains a higher density. This cooling air moves towards the poles, as warm air below pushes it laterally. The cool air from the poles now moves and replaces warm air near the equator, to continue the cycle, forming large-scale convection cells on both sides of the equator. However, due to the rotation of the Earth, air moving northwards will actually move north-west, while air heading towards the south moves towards the south-west. These convection cells are also known as Hadley cells. These convection cells result in immense cumulonimbus clouds that are capable of producing thunderstorms. By the time the air moves 30 degrees north and south of the equator, there is very little moisture content left, which is why deserts are found around this region. Also, the returning wind from the poles, result in the trade winds.

Convection cells exist not just on Earth, but also in various other places across the universe, especially on stars, such as the Sun, where one can observe bright spots surrounded by darker boundaries, displaying the top of a convection cell created by plasma, and enabling the Sun to rotate. This makes the phenomenon an important one that helps life on Earth, and can help us understand the various secrets that space is yet to reveal.