What is the Difference Between Distance and Displacement?

Home / Uncategorized / What is the Difference Between Distance and Displacement? 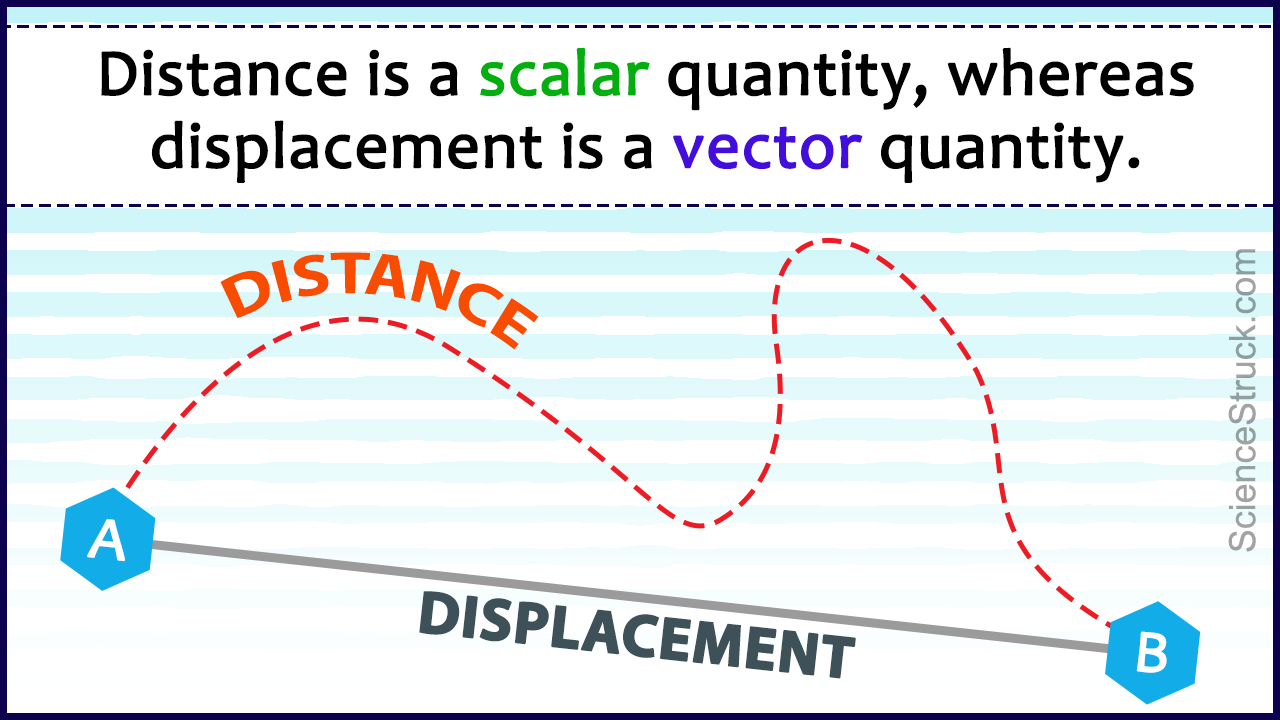 Distance and displacement are two words related to the concept of motion in physics. The motion of an object can be defined quantitatively in terms of these two. Consider a person walking 2 miles to reach the same point at which he had started; he is said to be not ‘out of place’. This implies that he covered a distance of 2 miles, but has not been displaced by an inch. In other words, if an object is out of motion after reaching the start point, it is said to be not displaced.

In physics, quantity has been assigned units. Similarly, the units used for distance are centimeters, kilometers, miles, nautical miles, to name a few. Also, the units used to represent displacement are the same, in addition to the direction of displacement.

❏ The total length of a path covered is called distance.
❏ The value for distance can never be negative.
❏ The total path traveled by an object determines the total distance covered.
❏ It can either be equal to the value of displacement or greater than it.
❏ It can happen in any direction.
❏ The equation for calculation of distance is:

❏ The direct distance between two points is called displacement.
❏ The value for displacement can be negative or positive.
❏ The total distance determines how far the object has traveled from its original location.
❏ It is always less than the distance covered by an object under consideration.
❏ It always happens in a specific direction.
❏ The equation for calculation of displacement is:

fig. ‘A’ indicates that the boy is in the initial position, which is point L.

The figure above depicts the displacement of the boy.

Displacement of the boy = 0; Boy started from point L and reached back to the same point in the end. This implies that the displacement is zero.

A girl starts jogging from a point P to point T. The path followed by her is L➜M➜N➜O➜P. Distance between L➜M, M➜N, N➜O, O➜P, P➜L is 1, 1, 1, 2, and 2 respectively. Calculate the distance and displacement.

The diagram above represents the girl standing at the initial position before displacement.

Graph of Distance Vs. Displacement

The unique feature about distance is that, whatever may be its direction, its value will always remain positive. If a body is in motion, the length of the total path covered (in any direction) gives the value of its distance.