Timeline of Galileo’s Inventions and Discoveries

The world looked at the stars and the vast infinity of the cosmos, hoping to reach the heavens. One man decided to bring the heavens closer just by looking through his telescope. He was Galileo Galilei, a teacher and an inventor. Let's take a look at his various discoveries and inventions, most of which changed the outlook of science.

The world looked at the stars and the vast infinity of the cosmos, hoping to reach the heavens. One man decided to bring the heavens closer just by looking through his telescope. He was Galileo Galilei, a teacher and an inventor. Let’s take a look at his various discoveries and inventions, most of which changed the outlook of science. 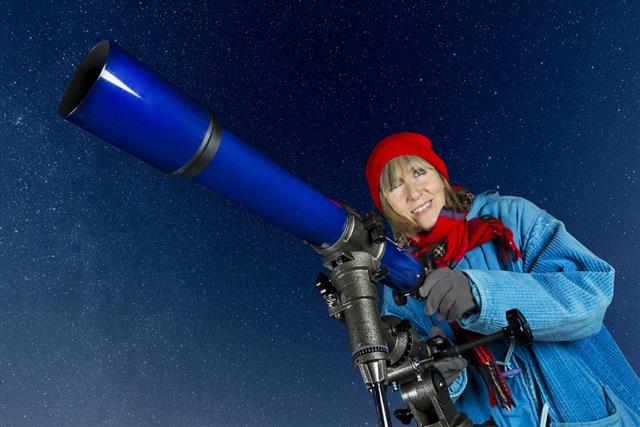 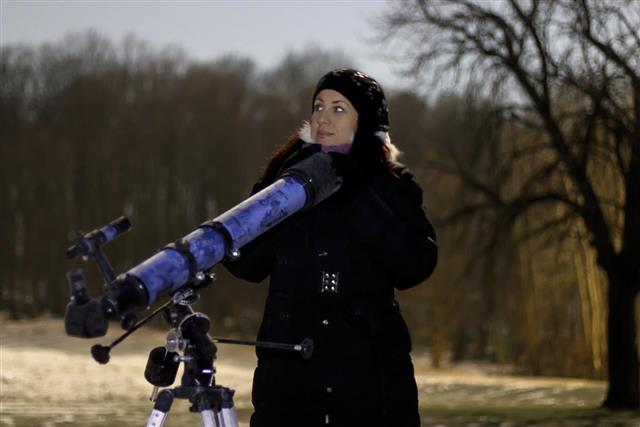 Fact
The charges of heresy against Galileo were dropped after 300 years.

The Moon shines infinitely enveloping us with its luminosity. While many thought reaching the Moon would be a pipe-dream, two astronauts proved us wrong by taking their first steps on the Moon. Today, with the advances in science, we can reach the Moon easily, and expend our efforts trying to explore space and solve its infinite mysteries. But the person who made this possible by contributing to the principles of physics was Galileo Galilei.

Although Galileo was a professor of mathematics, by profession, he constantly tinkered around with gadgets, unable to contain his fascination for science. While everybody accepted all celestial bodies revolved around the Earth, he was the first to prove them wrong with scientific experiments and data to back up his theory. If you thought physics was his only forte, he proved us wrong by observing the heavenly bodies above. With a firm insight and focus, he detailed all his observations for future use. His inventions even gained him the ear of Pope Urban VIII, and he was favored by the Catholic Church, as he was the first to propose the unity of faith and reason towards the betterment of science and progress. But his plea had fallen on deaf ears, and he was prosecuted for heresy against the Church. Although he was one of the most revered inventors of all time, he spent his last years under house arrest. In the memory of this great man, let’s take a look at the list of the discoveries made by Galileo Galilei.

Jupiter and its Moons

Discovery of the Pendulum

While studying medicine, Galileo found the swinging of a chandelier took the same amount to return to its initial position, irrespective of the arcs. He experimented with two pendulums at his house, swinging one in a larger arc and the other in a smaller arc. Together, they kept track of the accurate time, which was instrumental in creating the first timepiece which measured time. This also helped doctors measure the heartbeat of patients, which helped diagnose their condition. Christiaan Huygens built the first working version of this model, based on Galileo’s design, in 1657.

Based on Archimedes’ principle of hydrostatic weighing of different objects, he invented a device called the ‘bilancetta’, or little balance. It was frequently used by jewelers to display the purity of their metals. He created a balance for weighing things in the air, and the counterweight was wrapped with metal wire used to balance it in water. The amount which the counterweight had moved when it was immersed in water could be measured by the number of turns of the wire. He could figure out the volume of irregularly-shaped objects this way, or of elements with mixed proportions of copper, zinc, silver, or gold.

Galileo invented a water pump to irrigate lands which could be powered using one horse. The model had four wells, which were diametrically placed opposite one another. It had a pillar with a rotating cam in the center, which was moved by a horse. It boasted of drawing twenty spouts of water at a time.

Aristotle believed that heavier objects fall faster than lighter ones. Galileo proved that all objects, irrespective of mass, decelerated at the same rate. To prove this, he dropped balls of different weights from a particular height. He also rolled balls down a slope and determined their positions after equal time intervals. When a ball is thrown in the air, it falls back to Earth in a parabolic path. He published the theory of uniform acceleration, titled the Laws of Motion. All these principles helped Sir Isaac Newton devise his three laws of motion.

The sector was a compass created by Galileo, used for solving problems in proportion, trigonometry, multiplication, and division. It had two arms at right angles, and a circular scale between them. It was used by gunners to aim their cannonballs. The device invented by Galileo had useful scales on its legs, making it easier for land surveying. But he sold this instrument to his students along with a manual documenting its uses.

The leading men of the 15th century had no instruments to measure the difference in temperatures. He contributed a design to this effect, based on the relative density of materials as they are heated or cooled, called the thermoscope. It was the forerunner to the invention of the thermometer. It was a vertical glass tube suspended with balls of various densities in a concentrated solution of ethanol in water. Attached to a ball was a tag with temperature. As each ball was set to float at a set equilibrium, the balls sank to the bottom as the temperature increased, and vice versa.

Although the invention of the telescope goes to the Dutch, he refined it by improving the magnifying power of the glass used. He discovered sunspots, as well as that the planets orbiting around Jupiter were actually moons. He changed the outlook in physics, when he proposed the Copernican system of heliocentrism, as opposed to geocentrism which already existed.

Discoveries Made by Galileo Galilei

The Moon was assumed to be a heavenly body beyond the reach of humans. Almost all the artists during the Renaissance Period drew it in the shapes of a crescent, quarter, or half. It never completely showed its face to Earth. After Galileo invented the telescope, he figured out that the Moon had a constant speed of revolution. Thus, it only showed one phase towards the Earth. Another reason that half the Moon was covered was because of the shadows of the mountains and craters that enveloped its surface.

After Galileo finished his observations on the Moon, he found a brighter star at direct opposition. This would be Jupiter. He found four planets following Jupiter’s orbit. This confirmed his theory of the Copernican system, and thus, he proved without a doubt that these planetary bodies that revolved around Jupiter were its Moons. Thus, he proved that the Earth wasn’t the only one with a satellite; there were others like it too. He named the group of four the Medicean stars, in honor of his patron, Cosimo li de’ Medici. Now, they are called Io, Europa, Ganymede, and Callisto, in honor of Galileo.

He found out that the Milky Way consisted of stars stuck together which looked like clouds from the Earth. He also observed the double star Mizar in Ursa Major.

Before the discovery of the telescope, thinkers believed that the Earth was at the center of the universe, and planets revolved around it. But Galileo, after observing the revolutions of the Moon and other planets, came to the conclusion that the Earth wasn’t at the center, and also it revolved around the Sun. For advocating this theory, he was convicted of heresy by the Church, and placed under house arrest.

Sunspots are dark spots of irregular shapes on the Sun. Galileo discovered spots that moved from one side of the surface of the Sun to another. He became blind because of looking at the Sun directly.

For proposing his Heliocentric System, Galileo was required to recant his statement about the Copernicus theory, to avoid prosecution. The Church argued that the Earth only had one motion, and if it revolved around its axis, there would be chaos which would be visible. Galileo uttered his most famous phrase, “And yet it moves”, before the grand jury, as if hoping for a miracle to prove his theory right.

In spite of all that transpired, Galileo was respected by all scientists. Einstein gave him special credit for his theory that no object lies still and it’s always in motion, and used it in his theory of relativity. He was called the Father of Modern Physics and Astronomy, for his discoveries of the Moon and the laws of motion. 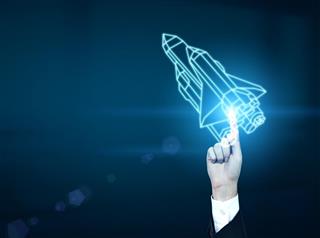 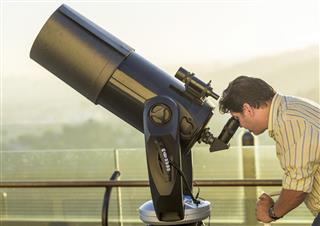