Science Behind the Formation of Sinkholes

Sinkholes can be devastating, intriguing, and even beautiful. This ScienceStruck write-up discusses the science behind formation of sinkholes, and some of the largest sinkholes in the world.

Home / Uncategorized / Science Behind the Formation of Sinkholes 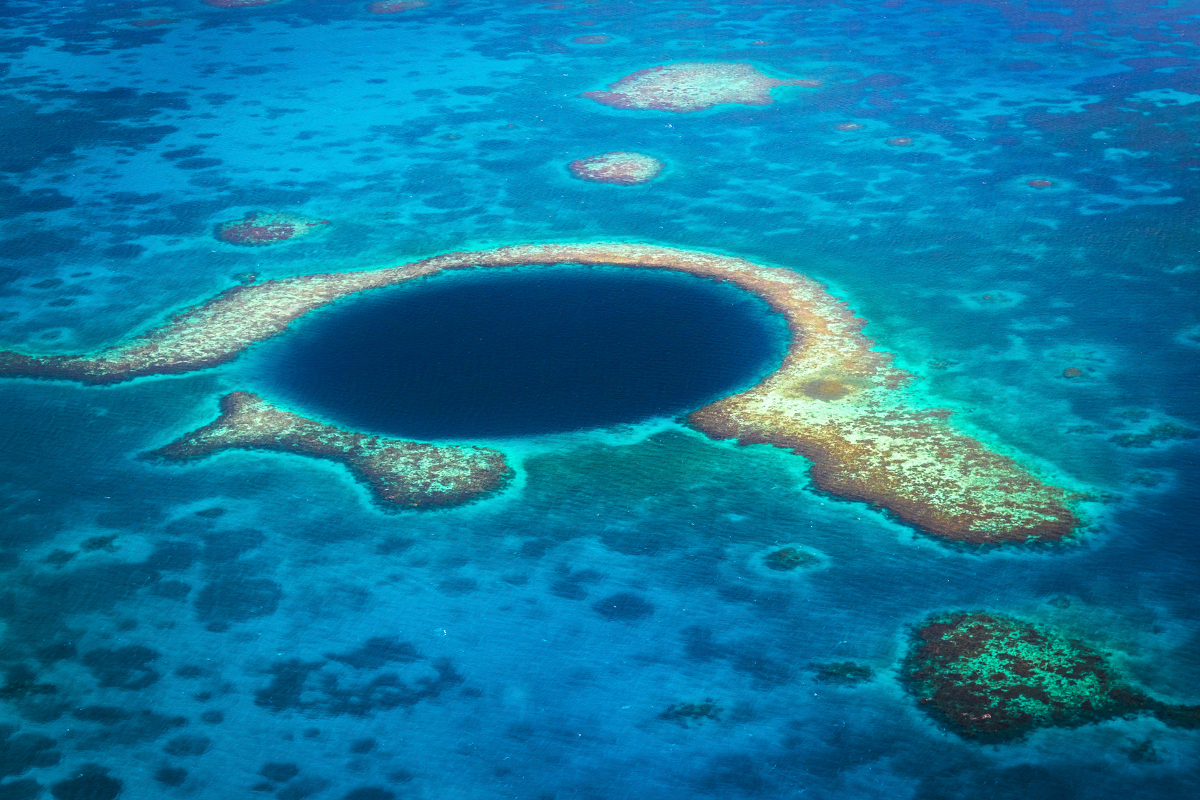 Sinkholes can be devastating, intriguing, and even beautiful. This ScienceStruck write-up discusses the science behind formation of sinkholes, and some of the largest sinkholes in the world.

Look out for the warning signs!

Just the word sinkhole scares people these days, especially in Florida. What are sinkholes and what makes them so dangerous? Well, sinkholes are mostly a natural phenomena, but can be caused due to human activities as well. Sinkholes can happen almost anywhere, at anytime, and this is what makes people fear them so much. Although there are natural sinkholes which are majestic and really beautiful, their unpredictability, both in terms of place and time make them very dangerous.

Whether it is due to a soft bedrock or faulty drainage system, sinkholes can happen on a highway or even on a sidewalk. A sinkhole can be a small hole in your backyard or even large one which can swallow an entire house. Fearsome, right? We discuss the formation of sinkholes, how to prevent them, and some of the largest sinkholes in the world, in this ScienceStruck article.

What is a Sinkhole?

As you can see from the two images; sinkholes can be disastrous as well as beautiful. This makes them truly intriguing. Let us understand what exactly sinkholes are. Simply put, they are holes formed in the ground. A sinkhole could be a small hole in your backyard, or one right in the middle of the road. What makes sinkholes dangerous is the fact that most of the action happens underground, and you can never really predict when the ground will sink. Sinkholes can cause a lot of damage to life and property depending on where they form.

When rainwater percolates in the soil, it absorbs carbon dioxide from air. This carbonated water, over time, erodes the soft limestone bedrock and starts making cavities. When these cavities expand, they funnel towards the surface. The overburden becomes a very thin layer, which collapses with excess weight.

Fluctuating groundwater levels, excess rainfall, or even drought are other factors that can lead to the formation of sinkholes. During droughts, more water is pumped from the aquifer, than what it receives, this leads to formation of cavities. Heavy rains also trigger formation of sinkholes as the overburden starts absorbing water, which could eventually be too much and lead to a collapse.

Human activities also contribute to the formation of sinkholes. Drilling wells, pumping groundwater, mining, construction, faulty drainage or sewage are some of the activities which can lead to a sinkhole.

Can it be Prevented?

Obviously, natural sinkholes cannot be prevented, but those caused by human activities can. It is very difficult to detect them with a naked eye. A handheld electromagnetic induction instrument is used to find out possible voids below the road. Simple signs and warnings should not be ignored, especially if the area is prone to sinkholes. Areas with karst topography should take extra measures and be alert for any signs of damage. Old drainage systems, faulty pipelines should be repaired and checked regularly.

Sinkhole on a sidewalk

Xiaozhai Tiankeng is the world’s deepest sinkhole. The upper bowl of this sinkhole is 320 meters deep, whereas the lower bowl is 342 meters deep. The total volume of the hole is 1119,349,000 m3, and its area is 274,000 m3. Many rare animals and different species of plants have been found here.

The Qattara Depression in Egypt is the largest naturally occurring sinkhole in the world. It measures 80 km long and 120 km wide. It is the second-most lowest point in Africa at 133 m below sea level. It has a total area of 19,605 sq. km. Scientists are trying to harness its potential to generate hydroelectricity. Egypt has many other natural desert sinkholes as well.

In 2007, a large and near-perfect circular sinkhole, about 100 meters deep, developed in Guatemala city due to a corroded drainage system. Again after 3 years, a giant sinkhole, about 30 meters deep, swallowed an entire factory killing around 15 people. More than 1,000 people had to be evacuated in both the cases.

There are more than 3,000 open sink holes along the coast of the Dead Sea in Israel. The rate of formation of sinkholes is an alarming one sinkhole per day. This is happening due to water shortage along with increasing tourism.

It is the deepest underwater sinkhole. It is 202 meters (663 ft) deep and has a diameter of 25 to 35 meters (82-115 ft). The entrance of the sinkhole is below sea level, and its shape is circular. It is one of the most amazing sinkholes found in the world.

It is a spectacular sinkhole with its beautiful blue color. It is a circular sinkhole 300m (984 ft) across and 124 m (407 ft) deep. It is a very popular tourist spot, especially for scuba divers.