Raising Awareness About the Risks of Cloning

Even though the world erupted in a cacophony of applause, opinion, cynicism, and even paranoia, after the birth of 'Dolly', the first cloned mammal, in 1997. Questions were asked of the scientific community as to where this technology was headed, were humans next on the cloning menu? 15 years down the line, the risks of genetic cloning are all too clear, which we shall try to know more about.

Home / Uncategorized / Raising Awareness About the Risks of Cloning 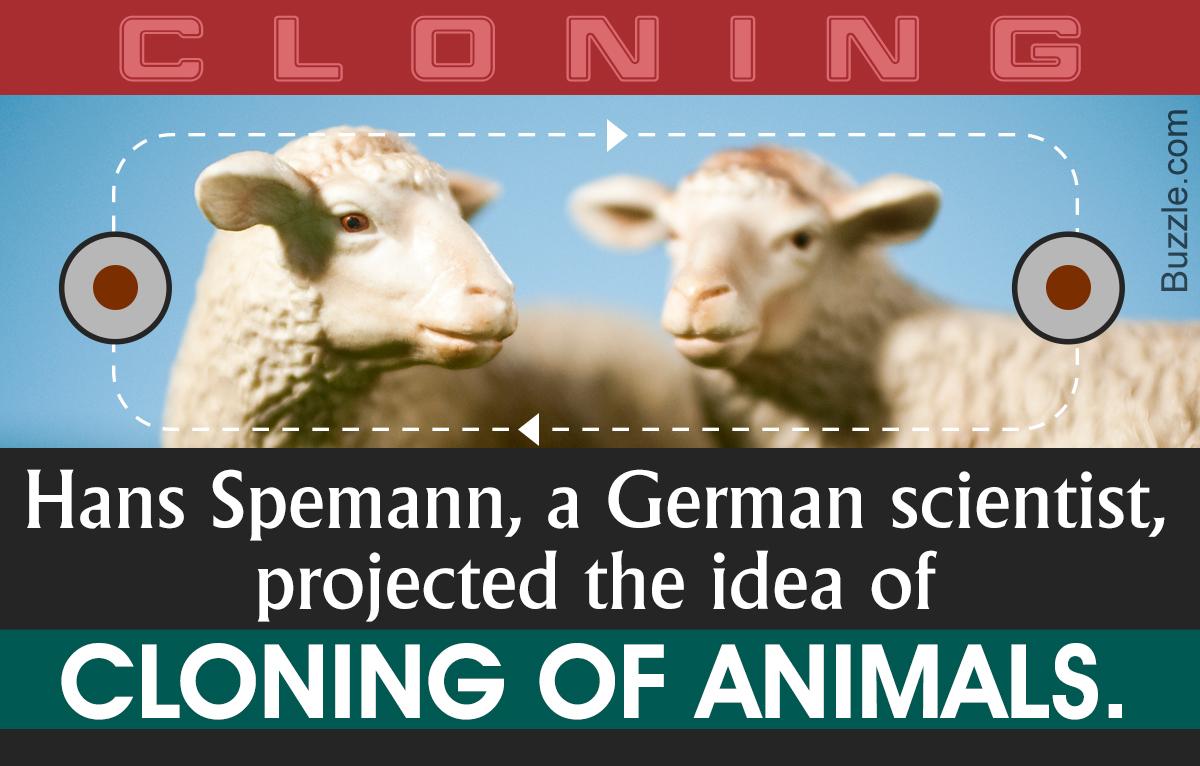 Even though the world erupted in a cacophony of applause, opinion, cynicism, and even paranoia, after the birth of ‘Dolly’, the first cloned mammal, in 1997. Questions were asked of the scientific community as to where this technology was headed, were humans next on the cloning menu? 15 years down the line, the risks of genetic cloning are all too clear, which we shall try to know more about.

A bio-engineering company called AquaBounty is trying to get its genetically modified salmon approved by the FDA. Although the fish can grow twice as fast as natural salmon, and is said to taste the same. The risks of human consumption are not yet clear and there are fears of it escaping and breeding with natural salmon.

Cloning is the process of creating living organisms which are genetic copies of each other, or in other words, are created from the same DNA. Hans Spemann, a German scientist first succeed in creating artificial embryos in 1935, winning the Nobel prize in Medicine for his efforts. He developed a method now known as Somatic Cell Nuclear Transfer paving the way for future advances in cloning. Yet the real breakthrough came when ‘Dolly’ was created by the geneticists at the Roslin Institute in Scotland. Apparently healthy at birth, Dolly was stricken with arthritis and lung cancer at an early age and had to be put down in 2003. It raised some difficult questions about cloning, its practical applications and also whether it should be done at all.

Though cloning has widely been accepted as an innovative process, there are certain dangers involved, those of which are presented below:

Failure Rates: Cloning is not an easy process. It requires large investments in technology and painstaking dedication. The failure rates have been reported to be as high as 97%. Even Dolly was successfully cloned after 276 attempts, resulting in 29 viable embryos, only 3 of which survived and only one was eventually born. From a production point of view, hundreds of attempts to create one animal is simply inefficient and cannot work in the larger scheme of things.

Incompatibility: In Somatic Cell Nuclear Transfer a cell is stripped of its genetic material and implanted with the nucleus of another organism and grown into an embryo. The process can easily fail if the host cell rejects the foreign nucleus, stability is attained after numerous attempts.

Maternity problems: Even if the cell and nucleus have been successfully implanted, the embryo is often jeopardized during the pregnancy itself. Further development inside the embryo has often been observed to have stopped after implantation.

Gene expression: Though the clones are genetically alike, there are uncertainties as to whether the right cistron (gene) would be expressed at the right time. It is important to note that while a cloning process is carried out, the nucleus that is being transferred has to be reprogrammed in such a way so as to make an impression that it belongs to an early cell.

Gene programming: As compared to a naturally created embryo, the nucleus which has been transferred behaves as programmed by the scientist. Whereas, in an embryo that has been naturally created, there are distinct programs for each differentiated cell according to which the DNA expresses the gene. Hence the programming of the transferred nucleus exclusively lies in the hands of the scientist, and it is up to him to make the transferred nucleus behave like a natural one.

Lifespan: In most cases, the lifespan of the cloned animals is found to be lesser than their counterparts. Dolly died at the age of 6, whereas normal sheep may live up to almost twice that age. Also, cloned animals have been known to die suddenly and without apparent cause. Research into this phenomenon has revealed little, except that it could be the result of genetic anomalies.

Large Offspring Syndrome: Since Dolly, other animals have been subjected to cloning procedures with some measure of success yet, over time, scientists have often observed a condition they term the ‘Large Offspring Syndrome‘. Clones with such a condition have large, abnormal organs. This can effectively interrupt metabolic activities in the clone and cause critical organ failure and death. There are also clones which do not have LOS, yet, they develop malformations in the brain and in the kidney which could prove life-threatening as they grow older.

Telomeres are sequences of DNA present at the ends of a chromosome. The length of these telomeres decide the lifespan of the animal and as it ages, they get shorter. It has also been observed that telomeres shrink when DNA is copied repeatedly, a process that is central to cloning, and there are fears that if an animal receives an old nucleus as part of the cell transfer procedure, it would already have short telomeres. This could be the reason cloned animals have reduced lifespans. However, the experiments carried out do not provide accurate results. Surprisingly, a cloned cow and a mouse proved to have relatively longer telomeres than their counterparts. The cells of these animals promised to have a normal lifespan whereas in Dolly, the telomeres seemed to have contracted, resulting in accelerated aging when compared to normal sheep.

Many religious bodies and social organizations have raised objections to cloning, whether therapeutic or reproductive. The view is that once an embryo is formed there is the inception of life and using up hundreds of embryos in the cloning process is wanton destruction of God-given life. The Catholic Church has taken a definite stance against cloning and asked for stricter regulations for such technology. Even if a human were to be cloned in the near future, seeing how risk riddled the process is, would it be morally right to subject that person to such uncertainties? How would society interact with a cloned individual? Is there a possibility of discrimination against them? These are questions which need answering when it comes to human cloning, and unless the procedure itself is not deemed foolproof, human cloning should not be undertaken because scientists can or want to. Animal cloning too, is debatable as many people believe that if the animals suffer due to genetic abnormalities they should not have been created in the first place.

As we have seen, cloning as a science has a long way to go in perfecting itself, and has many issues to deal with, both technological and socioeconomic. The future of cloning technology depends on its viability and how it can help society. Where it may already have lost ground is the area of stem cell research as scientists, today, do not need to clone and give birth to harness the potential of stem cells. They merely use the process to isolate human stem cells from cloned embryos to find cures to diseases such as Parkinson’s and Alzheimer’s. Reproductive cloning is becoming unpopular due to its complexity and failure rates that are way beyond what can be termed economically feasible. Although infrequent claims are made of successful human cloning, they remain unproven or published in peer-reviewed journals. The shift toward using this technology for the benefit of mankind rather than controversial experiments has happened in the last decade, and the world now awaits the next breakthrough.