Ionic bonds are characterized by the complete transfer of electrons from one atom to another, resulting in the formation of two charged particles known as ions, which are held together with the help of electrostatic forces. In this ScienceStruck article, learn about this intriguing occurrence in chemistry where atoms of different elements combine to form a new substance. 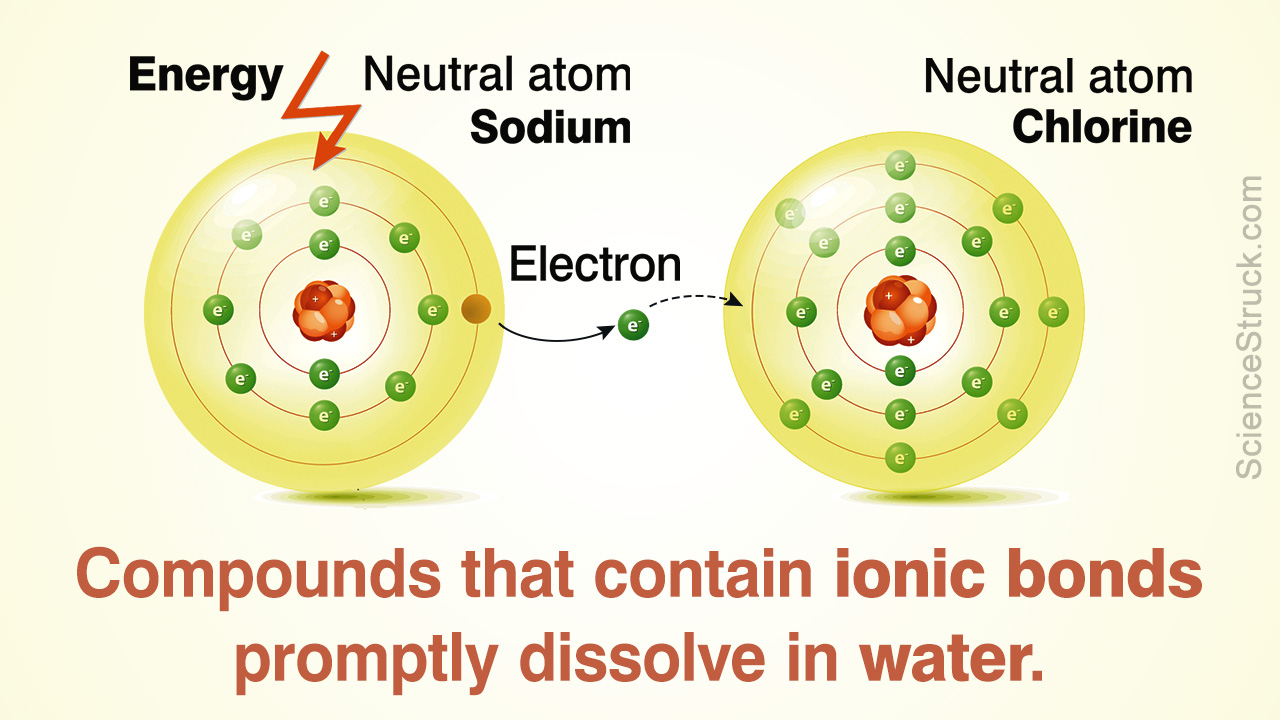 Ionic bonds are characterized by the complete transfer of electrons from one atom to another, resulting in the formation of two charged particles known as ions, which are held together with the help of electrostatic forces. In this ScienceStruck article, learn about this intriguing occurrence in chemistry where atoms of different elements combine to form a new substance.

Chemistry is fascinating, and it is present everywhere around us, be it the beautiful raindrops on your windowpane, sweet sugars in the fruits, or the salt that makes your food tastier. Talking about salt, have you ever wondered how sodium and chlorine combine to form a salt (sodium chloride)? Well, it is due to a process of bond formation known as ionic bonding.

All the chemical compounds are formed due to various combinations of constituent elements. Atoms of the same or different elements are combined by various chemical bonds in order to keep the molecules together and thus, they confer stability to the resulting compounds. Chemical bonds are of various types and possess varied strengths.

2. Why are Chemical Bonds Formed?

The purpose behind the formation of chemical bonds of any kind is given by the octet rule, which states that it is the natural tendency of the atoms of elements with lower atomic numbers (less than 20) to attain octet configuration, which is nothing but 8 electrons in their outermost shell. Thus, these atoms are very eager to combine with other elements to attain the configuration of the nearest noble gas. Why? Well, it’s simply because noble gas configuration is the most stable.

These elements form a bond by either donating, accepting, or sharing electrons. This is the basic principle of chemical bonding. The most common types of chemical bonds include:

While the sharing of electrons by atoms forms covalent bonds, the transfer or electrons from one atom to another forms ionic bonds. Here we will discuss in detail the various aspects of ionic bonding.

Explanation with an Example

The presence of ionic bonds affects the chemical and physical properties of the resulting compounds. There exist several prominent characteristics of ionic bonds and here is a list of the same.

» Compounds that contain ionic bonds readily dissolve in water as well as several other polar solvents. These bonds, thus, have an effect on the solubility of the resultant compounds.

» When ionic compounds are dissolved in a solvent to form a homogeneous solution, the solutions tends to conduct electricity.

» Ionic bonding has an effect on the melting point of the compounds as well, as such compounds tend to have higher melting points, which means that these bonds remain stable for a greater temperature range.