Rocks are disintegrated by various natural processes. This disintegration can also be referred to as the decomposition of rocks. Chemical, physical, and biological weathering are some of the types of these processes. For better understanding, this ScienceStruck article enlists various real-life examples of weathering.

Rocks are disintegrated by various natural processes. This disintegration can also be referred to as the decomposition of rocks. Chemical, physical, and biological weathering are some of the types of these processes. For better understanding, this ScienceStruck article enlists various real-life examples of weathering. 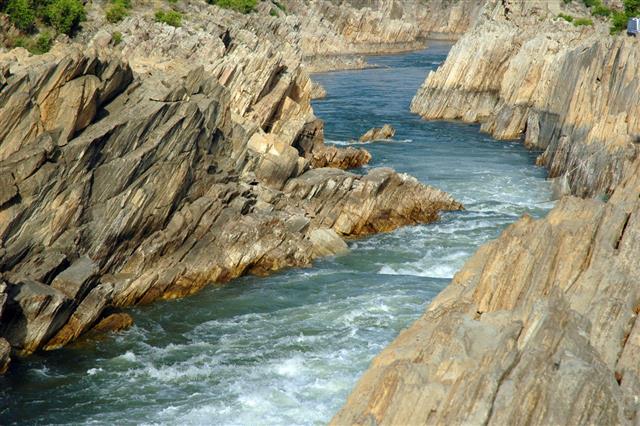 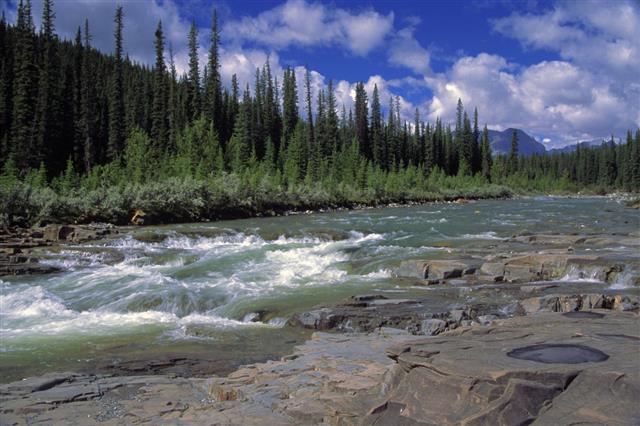 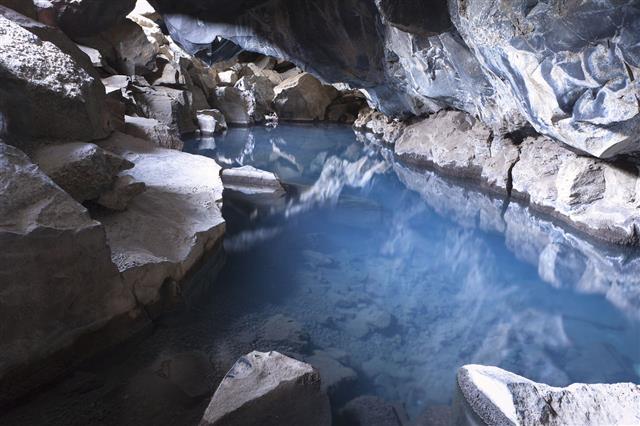 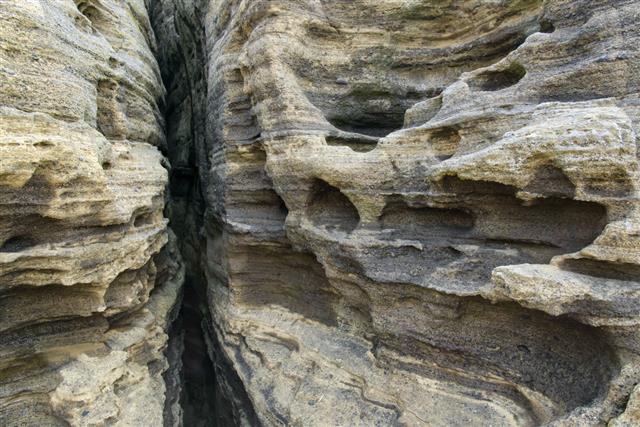 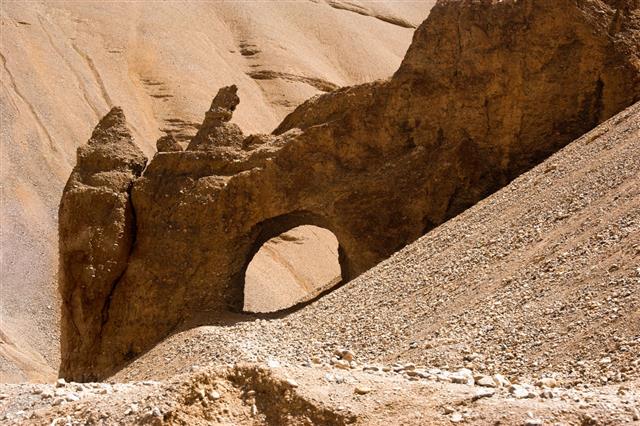 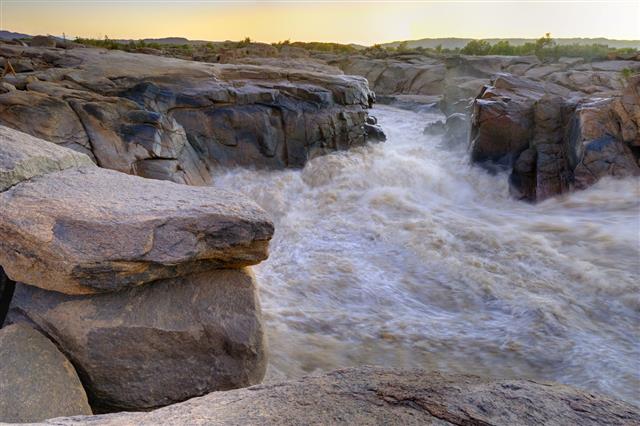 When we talk about weathering, we actually visualize a rock broken down into smaller-sized pieces. However, the most important point to be noted here is; this process increases the surface area required by the rock. That is, the original rock requires less surface area than the disintegrated rocks.

The definition of weathering implies that big-sized rocks are broken down into smaller-sized ones. It is amazing to know that fine-grained sand is a result of weathering of big boulders too.

Weathering is a process in which soil or rocks are disintegrated into smaller sizes. On the other hand, erosion is the process which transfers weathered material to a new place. That is, the natural phenomenon includes lifting up the material and depositing it at some other place. The various forces responsible for erosion are wind, water bodies, gravity, etc. Talking about weathering and erosion; while the former can happen anywhere, the later mostly happens on slopes.

A very simple example of this case is the Grand Canyon which is located in Arizona. This depicts the combination of both the processes. Initially, the Grand Canyon rock was weathered by various climatic conditions, such as water, wind, and temperature. Later, the worn-out rock was conveyed by the Colorado river body.

What are the Effects of Weathering?

The process of weathering breaks down a rock into smaller-sized fragments. Each fragment is termed as a sediment. Each sediment is a piece of rock combined with minerals and/or the remains of animals and plants. These sediments break down further, resulting in the formation of soil. This process is said to mark the start of many geomorphological processes. The effects of weathering are best illustrated by natural structures found throughout the world.

Types of Weathering With Examples

Water, while passing over rock surfaces, can freeze in depressions. The ice thus formed exerts pressure on the rocks, leading to cracks and weathering.

Example: The inclined Talus slope near Lost river in Virginia. Another instance is shale chips found in Virginia.

Running water mostly hits the rocks constantly and weathers them. Certain minerals contained in the rocks are absorbed, thus changing the shape of the rocks and disintegrating them.

Example: The rock structure found beneath the Baffin Island waterfall.

Each area has varying temperature and pressure conditions. This fluctuation leads to the constant expansion and contraction in rocks. This reduces the strength of the rocks, which further breaks them down.

Example: The granite rocks found at Dartmoor from South Devon located in England.

The simplest definition of this type of weathering is the formation of rust when rock is exposed to air. Rust refers to the reaction of iron with oxygen and water. This reaction changes the color of the rocks to red.

Example: The high-level rusting of a chain-link found near the Golden Gate Bridge in San Francisco.

During this process, calcium carbonate gets dissolved in groundwater and acidic soil. An example of this process can be the weathering of coral reefs.

Example: The bottom layer or bedrock of the San Gabriel river from Texas, located in the United States.

Structures formed by the process of chemical weathering are defined as:

When a certain part of the rock lying below the ground wears out due to chemical weathering, the entire rock above it caves it, thus creating a hole.

When a rock is hollowed out by any natural forces, a cave is formed. The minerals get dissolved into water, which washes it away.

Example: The cave found at Gunung Mulu National Park in Malaysia is an excellent example.

When water containing minerals flows down from the roof of a cave, a stalactite is formed. These are structures emerging from the roof top, extending in the downward direction.

Example: The White Chamber in Lebanon is said to be world’s longest stalactite structure.

Water containing minerals falls down from the stalactites to form a structure which grows in the upward direction.

Example: The Witch’s Finger structure, which is in the shape of a huge finger, is located in New Mexico. The Sơn Đoòng Cave in Vietnam contains the longest structure.

This type of weathering is a combination of chemical as well physical processes.

Plants and animals are known to produce gases such as carbon dioxide on decomposition. However, this gas mixes with water, and the resultant compound produced is carbonic acid.

Example: The Cordillera del Cóndor mountain range in Ecuador is known for some of its rocks which spill black-colored water from plant decay.

Plants are known to have their roots deep in the ground. These roots sometimes grow through rocks, leading to development of cracks in them.

Example: The rocks near Stone Church in Dover Plains located in New York are weathered by trees growing on them.

These cling to the surface of the rocks. They can wear the rock by either breaking it down by cracking, or produce organic chemicals which cause chemical weathering of the rocks.

Example: Most of the rocks on the San Miguel de La Palma Island in Spain are covered by lichens.

Wind carries sand particles while traversing from one place to another. These particles are abrasive in nature. They hit the rocks, thus imparting shape to them. This type of weathering happens when the rock or soil contains thin or no plant cover. If plants are present, they hold up the soil firmly. A case of this type of weathering is an arch structure rock in Jebel Kharaz, Jordan. This is an example of differential weathering, which implies that each part of rock is exposed to different degrees of breakdown.

Weathering Around the House

Almost any structure, including a house, and the things in it, are susceptible to most weathering agents. Consider metallic photo frames hung on the wall. These constantly come in contact with air and/or moisture, which causes them to rust. Painted walls fade after some time due to the effect of moisture and dampness on them. Also, dust which is blown by wind gets deposited over the walls of the house.

Flowing water usually breaks down rocks or boulders. The resulting sediments then flow along with the river until they are deposited. At times, running water deposits salt crystals into the rocks. An example of this type of weathering is the Dorothy waterfall in Hokitika located in New Zealand. Another example of a water body altering rock formations is the Maungaharakeikei Falls, again located in New Zealand. 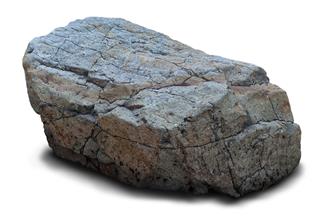 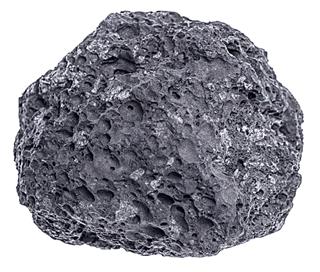 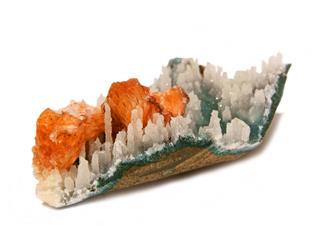