These Examples of Erosion Around the World are Easily the Best 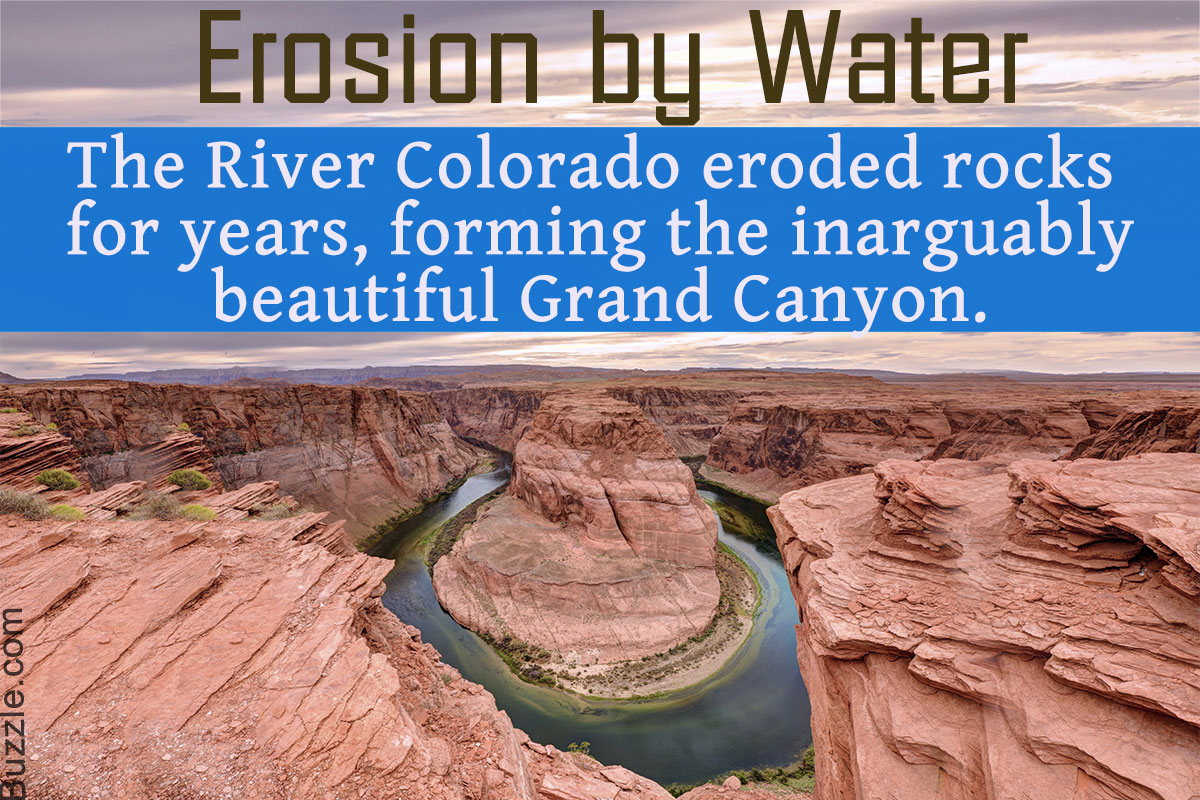 Erosion is a geological process that shapes the surface of the Earth, its land, and water bodies. Here are some examples of erosion that make us speechless on how these mechanisms of geology operate.

Is Weathering the Same as Erosion?

Weathering is like breaking the rocks into smaller fragments, whereas erosion is the movement of those fragments to places through wind, water, ice, etc.

The surface of the Earth or the “face” of our Earth is no accident. Whatever we see, from dark, deep valleys to cloudy-blue mountains, from stormy, windy deserts to still and calm beaches, all have been designed to be that way. One of those design patterns or let’s say one of those design processes is the geological process of erosion.

Erosion is the carrying away of the weathered material (soil, pebbles, boulders, sand, glacial till, etc.) by wind, water, or ice to different places.

It is the removal of the Earth’s uppermost crust or layer. It is conducted by many eroding agents like small rivulets, streams, rivers, rainwater, wind, glaciers, sea waves, etc. Gravitational force is very important to this process, specifically in cases of erosion caused by water. On the other hand, when it is facilitated by wind, air pressure plays a significant role, as the wind blows from a high-pressure area to low-pressure area. Here are some examples of erosion and landforms created due to it around the world. 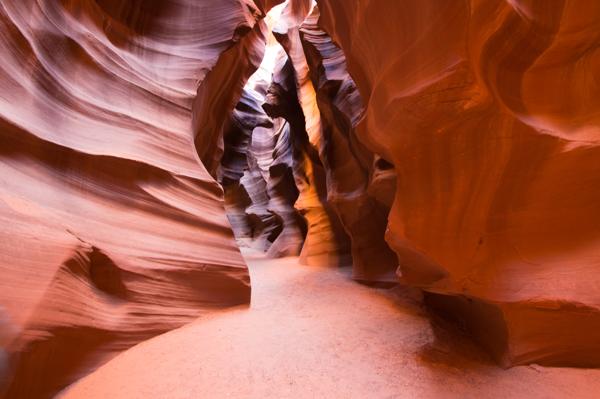 Antelope Canyon, Arizona, USA: This rock structure is formed due to the erosion of the sandstone called Navajo. Rainwater, during floods, gushes through the basin area, causing the hard rock gaps underneath to smoothen. The immense speed of this abrasion gives it a glossy and wavy look.

Grand Canyon: River Colorado has been eroding the rocks in the Grand Canyon area for millions of years. It forms a part of the river basin area.

Badlands Rock Formation: Around 500,000 years ago began the formation of this rock out of a plain terrain in South Dakota, USA. The Cheyenne River added to its basin from surrounding streams of the Black Hills. Sediments coming through created the layers that are seen today. Erosion is now prominent, currently eroding at the rate of around 1-inch per year. 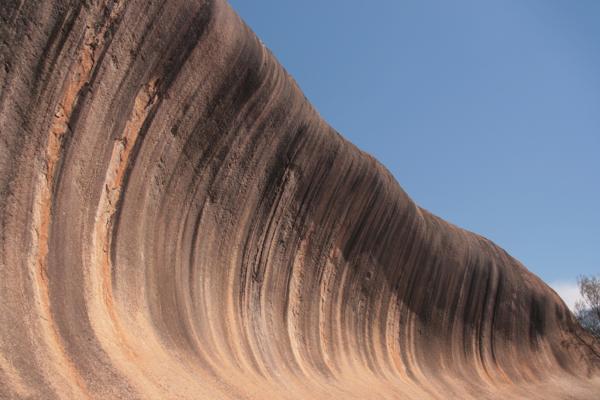 Wave Rock Formation: This erosional wave-like rock structure is located on the northern side of the Hyden rock in Western Australia. It is a result of chemical weathering and erosion by the groundwater, which gave the rock its concave shape. It is 14 meters high and 110 meters long. 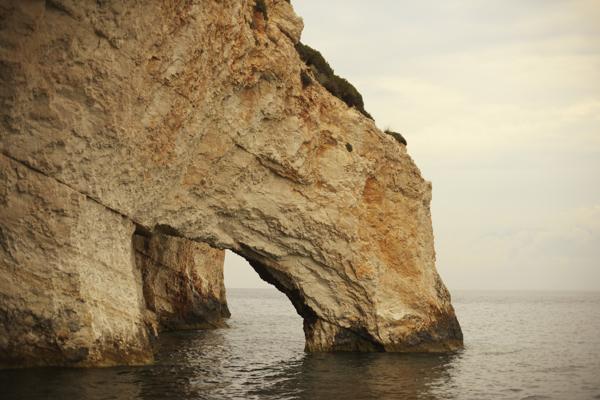 Tunnel on the Coast: Ocean water in the form of flushing waves can create a variety of shapes (caves, bridges, columns, or even small holes appearing like a beehive) on the rocks along the seashore. This particular image above shows a tunnel-like formation.

Baltic Sea Line, North-west of Latvia: The region near Kolka town (Riga Bay) faces a lot of destruction due to coastal waves. The intensity of erosion by the ocean waves is so high that it changes the look of the coastline every year.

Happisburgh: Situated in Norfolk’s North Sea Coast (UK), it undergoes a high rate of erosion of the cliffs. This coast has glacial till deposits from older ages that gets exposed occasionally due to wave erosion.

Ashdod, Israel: Ashdod sand dunes are formations seen along the Mediterranean Sea on the Israeli coastline. 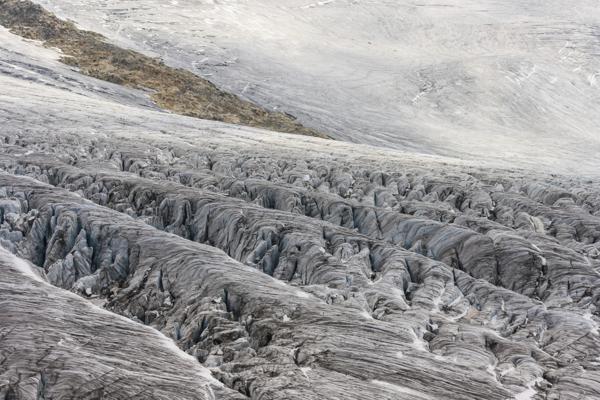 Glacial Erosion in Alps: The image above closely captures glacial moraines. They are glacial debris or sediments forming ridges at the sides of a glacier.

Canadian Shield: It was a mountainous area once, but the continuous scraping of rocks happening due to the glacial melt turned it into a low-lying plain with hills. It is considered to be an area with the highest glacial impact.

Leh, India: A part of the Great Himalayas, there are several valleys changing their curve from a “U” to “V”. This happens due to the deposition of glacial till or sediments brought down by a river.

Molasse Basin, Alps: Spread over the countries of Austria, Germany, Switzerland, and France, it is an example of the eroded sediments including rock conglomerates and sandstones that covered up the mountain base, or the foreland basin.

By Weathering, Wind, and Water 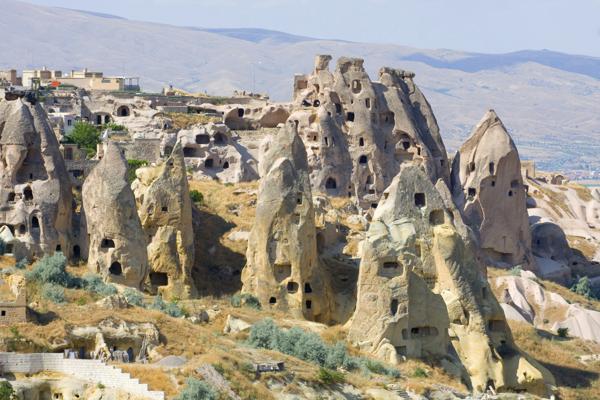 Cappadocia: This is a region with volcanic ash depositions and a soft rock structure in Turkey, where mechanical weathering and erosion by rainwater, rivers, ice have altogether carved out structures like cones, pillars, mushrooms, chimneys, and pinnacles. Preexisting fissures were filled with water and formed channels, thus changing the earlier smooth surface. Vertical cuts made by some eroded sediments gave rise to sharp pinnacles.

Interestingly, the local people have inhabited the area, and using these natural shapes, they have built their homes here. 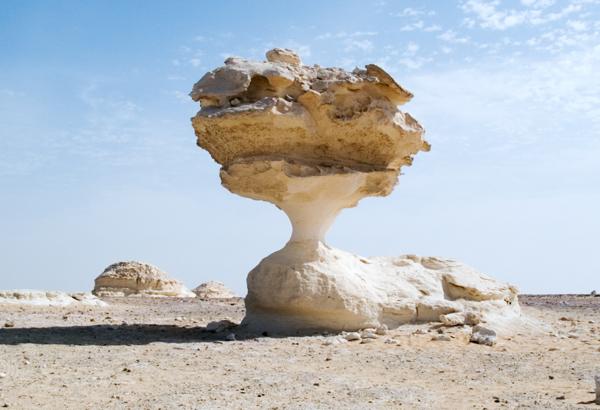 Desert Rock Erosion: Wind is a very powerful eroding agent. This image above is an example of a Mushroom rock, where the rate of erosion at the top and the bottom of the rock are different, thus giving it the typical shape.

Bald Rock, New South Wales/Queensland: Here’s an example where erosion has displaced every weathered material leaving a rounded rocktop intact due to its resistance to erosion. This rock is said to be the largest exposed granite rock in Australia. 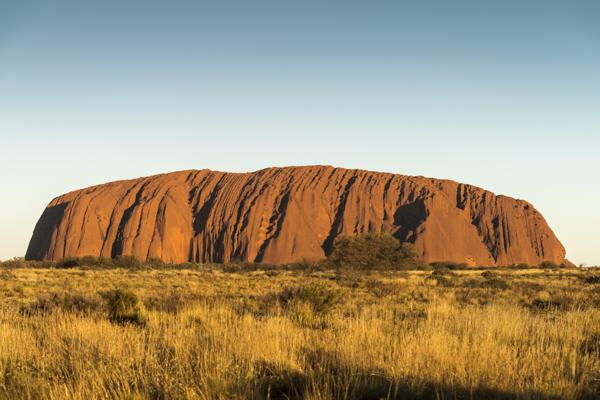 Uluru or the Ayers Rock in Northern Territory, Australia: This is an example of the formations caused by erosion. The area surrounding this rock is a lowland (almost like a plain), as it has undergone extensive erosion. However, this inselberg (monadnock or an isolated rock hill), due to its composition, could withstand the erosional forces. Kata Tjuta, also in Uluru National Park region, is a similar example.

Karlwe Karlwe, Northern Territory, Australia: These are also known as Devil’s Marbles due to their marble-like shape. In this desert landscape, wind erosion exposed the granite rock. These boulder formations are also found in pairs. 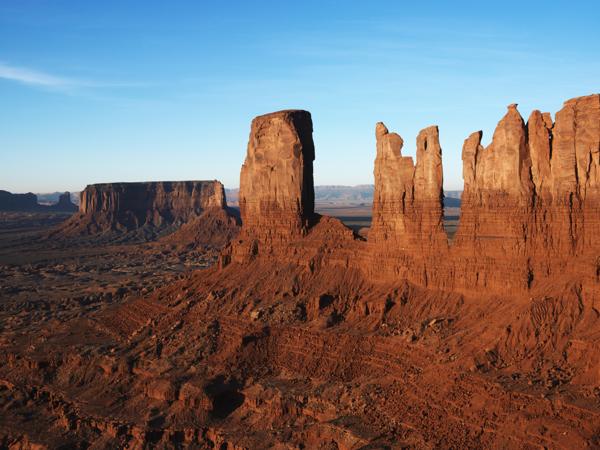 Colorado Plateau, Utah: Landforms like flat-topped buttes, mesas, and pinnacles are examples of retreating slopes (slope declines or shifts backwards) located here. Monument Valley, also in Utah, displays slope replacement (a steep slope is replaced by deposition at the bottom of the slope).

Thar Desert, Rajasthan, India: Sand dunes are very common in the western part of Jaisalmer in Rajasthan. These small hills of sand look like accumulated waves of sand.

Dust storms from the Saharan desert blow over to the Atlantic Ocean and deposit it over the Canaries Archipelago and Madeira Island. The reduction of the Arctic coastline at an alarming rate of 100 meters per year is also an instance of erosion, although not entirely due to geological (natural) factors. Human interference and development activities also lead to faster wearing away of the Earth’s landforms.