Marvelous and Informative Facts About the Rainforest for Kids

Rainforests play a crucial role in keeping the ecosystem balanced. Characterized with a rich biodiversity, scientists believe that in spite of the extensive research done in the wilderness, there are still a large number of plants and animals that are yet to be discovered.

Home / Uncategorized / Marvelous and Informative Facts About the Rainforest for Kids

Rainforests play a crucial role in keeping the ecosystem balanced. Characterized with a rich biodiversity, scientists believe that in spite of the extensive research done in the wilderness, there are still a large number of plants and animals that are yet to be discovered. 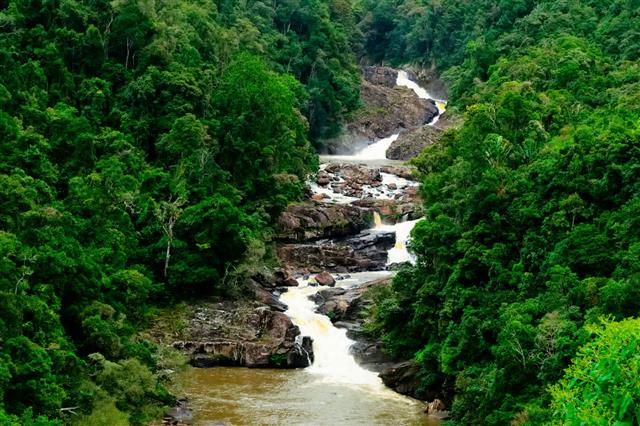 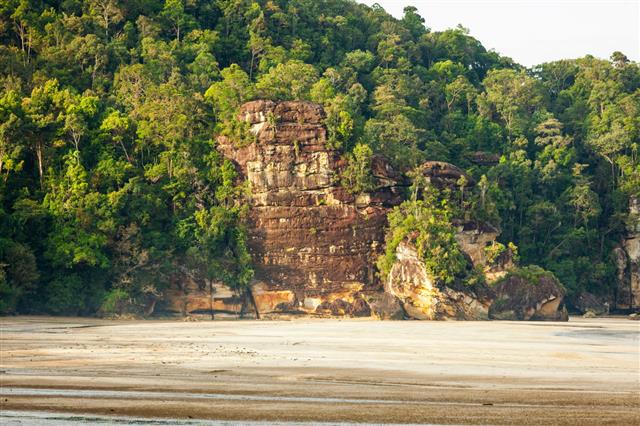 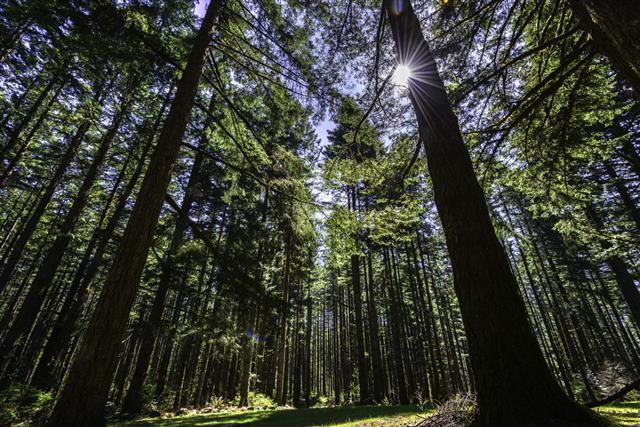 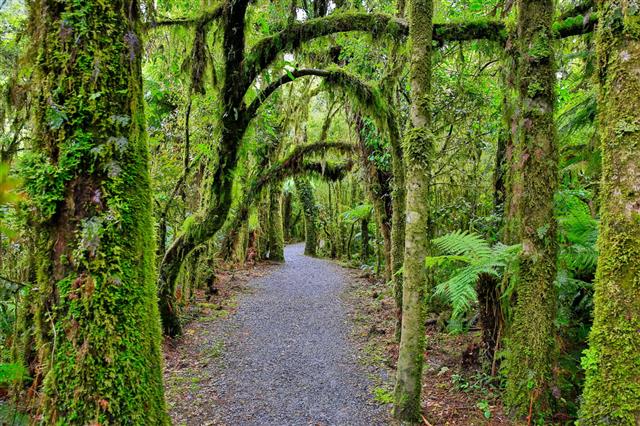 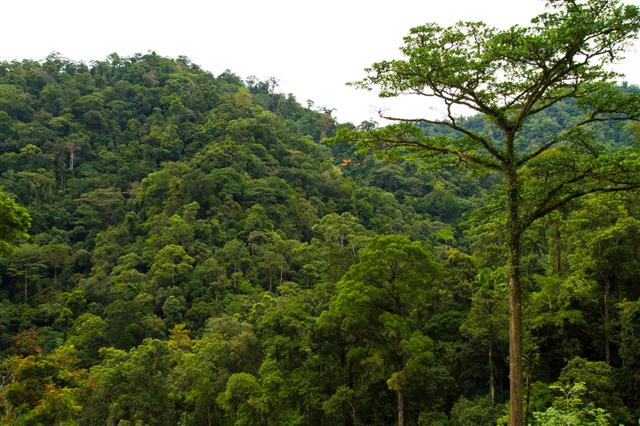 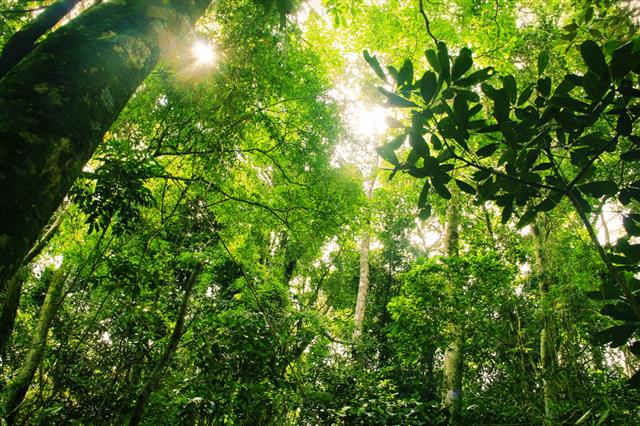 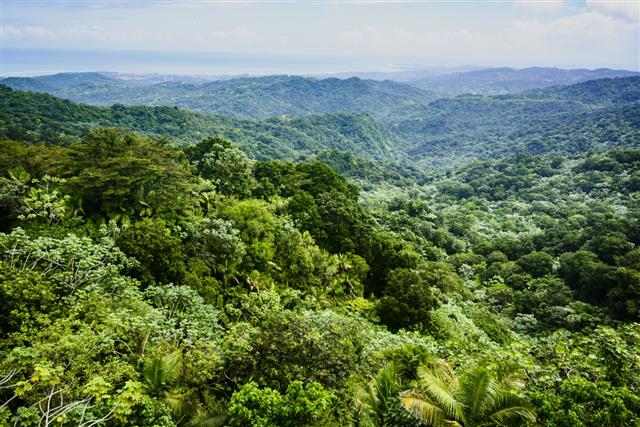 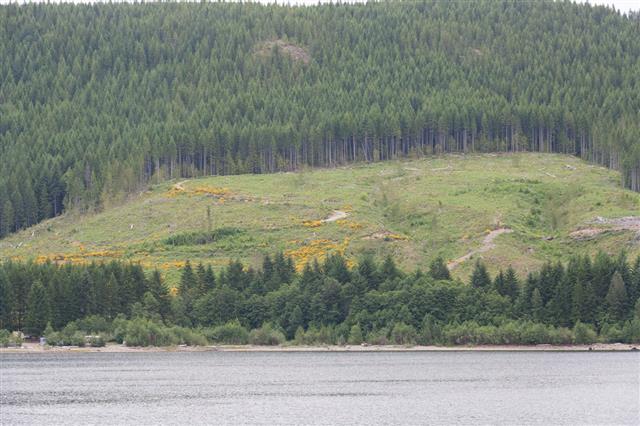 Although lions can go astray in forests or jungles mostly due to a depleting habitat, they are not found in any type of rainforest in the world, and always prefer open plains, grasslands, or dry forests.

Rainforests are forests that receive a high amount of rainfall (68 to 75 inches), more or less governing life on the Earth. Given their rich diversity, tropical rainforests are often called Jewels of the Earth. The oldest ecosystems are also a source for the discovery of 25% of natural medicines, and are hence also known as the world’s largest pharmacy.

Except Antarctica, rainforests can be found on every continent on the Earth. They range from Alaska and Canada to South America, Asia, and Africa.

There are two types of rainforests

A rainforest is divided into four parts

Emergent Layer – Being the topmost layer, it receives maximum sunlight and is marked by the tallest trees (called emergents) in that area.
Canopy Layer – This layer is located above the understory layer and below the emergent layer. It is home to most of the plant species with trees as high as 30 meters to 45 meters.
Understory Layer – It lies above the forest floor and receives 5% of sunlight.
Forest floor – This is the bottom-most layer, which is damp; only 2% of the sunlight penetrates till the forest’s floor.

Jaguars live on the forest floor of the South American rainforest, tigers and elephants reside in Asia, and gorillas and leopards live in the Sub-Saharan part of Africa.

The canopy forms such a dense cover that the rain falling on it takes 10 minutes to reach the surface of the ground.

The rainforests of Southeast Asia are considered to be the oldest rainforests on the Earth (approximately 70 million years old) and are currently depleting faster than any other tropical rainforest.

The quality of soil in a tropical rainforest is often poor. Owing to thriving bacteria, the formation and accumulation of humus is prevented, thus affecting the richness of the soil in every respect.

Rainforests all over the world are home to at least 3000 varieties of fruits. Of these, about 200 types are consumed by people worldwide.

Rainforests once covered almost 14% of the Earth’s surface; however, in today’s time, they occupy only 2-6% of the land mainly due to deforestation.

About 40-75% of different species of plants and animals are endemic to the rainforests.

In tropical rainforests, the canopy cover has the ability to release around 200 gallons of water each year by means of a process called transpiration.

Many species of fish found in the Amazon rainforest can emit some amount of electricity. The electric eel emits a whopping 600-volt shock to kill its prey.

Rainforests play a critical role in regulating the Earth’s temperature and weather patterns. They also maintain the supply of water — drinking and freshwater.

According to research done by the U.S. National Cancer Institute, 70% of the 3000 plants identified during the findings were found to be useful in treating cancer and are indigenous to rainforests.

The total number of species found in the Amazon rainforest is greater than the number of fish species present in the Atlantic Ocean.

Although many plant species have been cultivated outside the Amazon rainforest, trees, such as the Brazil nut tree grows only in the undisturbed part of the rainforest, failing to reproduce in other areas.

Studies done by the World Rainforest Movement state that while one hectare of a tropical rainforest might have 200 species of trees, the same area of a temperate forest contains around 10 to 15 tree species.

About 28% of the world’s oxygen turnover takes place due to rainforests. They also produce oxygen from the available carbon dioxide and are thus called the “lungs” of the planet.

Sloths (found in Central and South America) are known for their lazy nature to such an extent that algae — it has been observed — grows on their body. They spend 10 to 15 hours of a day sleeping, usually hanging in an upside-down manner.

It is surprising to know that one hectare of the world’s rainforest is put down every second — this equals the area of two football fields!

About 2.5 million types of insects are found in the Amazon rainforest. Scientists have successfully identified somewhere between 96,660 and 128,843 invertebrate species solely in Brazil.

A bonobo, formerly called a pygmy chimpanzee, is restricted to the Congo rainforests of Central Africa.

These rainforest facts will help kids gain a lot of important information as well as remain informed about the ecosystem that surrounds us. We can only hope and pray that everybody — children and adults alike — join hands to protect this biological treasure on our planet. 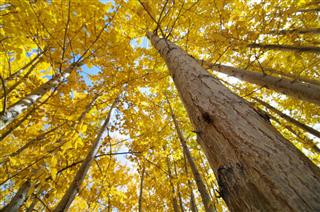 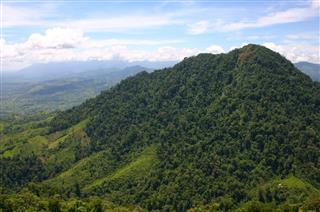 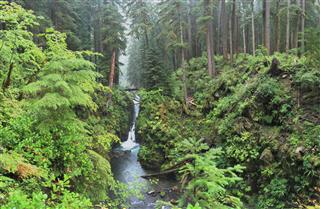 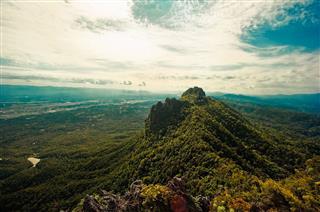