A Fascinating Explanation of How Waterfalls are Formed

Waterfalls are major sites of tourist attraction, all over the world. Besides the enormity and natural beauty of the place, trying to find out about the formation of a waterfall, can be quite discovering too.

Home / Uncategorized / A Fascinating Explanation of How Waterfalls are Formed

Waterfalls are major sites of tourist attraction, all over the world. Besides the enormity and natural beauty of the place, trying to find out about the formation of a waterfall, can be quite discovering too. 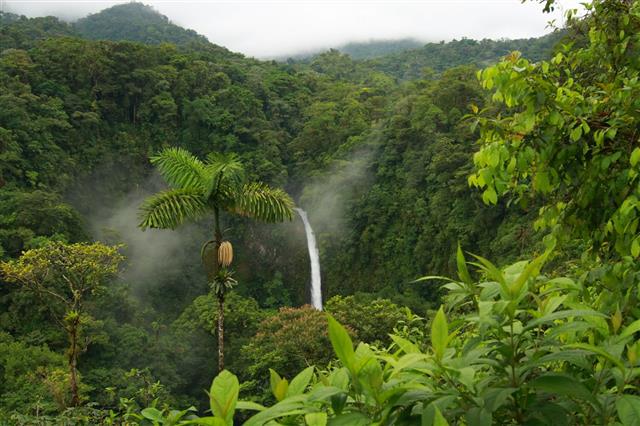 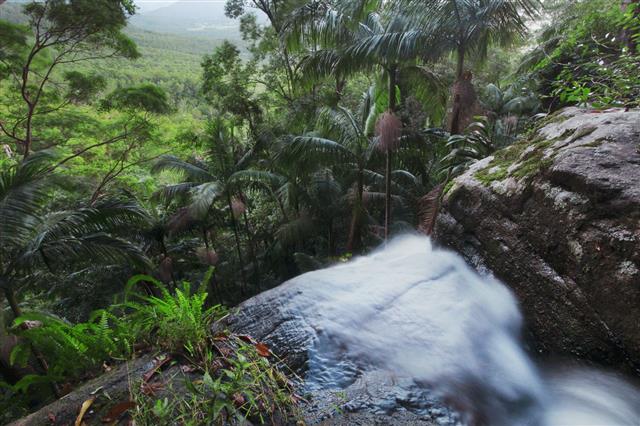 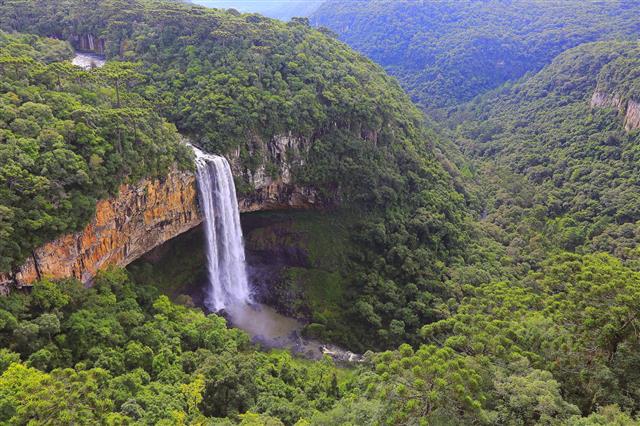 Currently, the Horseshoe Falls are receding at an average yearly rate of 1.5 meters and the American Falls are being cut away at an annual pace of 15 centimeters.

Waterfalls are a type of landform, usually in the form of streams (having stream bed and banks). They flow from a height or down a slope, for example, water flowing from steep cliffs or precipices. The water source of waterfalls varies, based on the origin. For example, the water sources can be glaciers, rivers, streams and even creeks. It is a fact that two of the fifteen largest waterfalls are glacier-fed; whereas, a majority of the remaining have their sources in rivers.

Waterfalls occur in each and every continent, except in Antarctica. The Angel Falls, among the most famous waterfalls in the world, located in Venezuela (South America) is the highest in the world, with a height of 979 meters (3,212 feet). In terms of numbers, Norway leads the list with five of the largest waterfalls.

There’s a debate over the exact answer to how waterfalls are formed. The commonly accepted answer is that a watercourse (any stream, river or creek) that falls from a height of at least three meters (around 10 feet), having a slope of 30 degrees is a waterfall.

As per geology, waterfalls are formed due to the erosive activity of the watercourse, flowing over varied layers of rocks that have different rates of erosion. When it moves consistently over the layers of hard rock and soft rock, erosion takes place. The impact of erosion on the soft rock layer is higher, in comparison to the hard rock layer.

Over a period of time, the process of erosion further continues to erode the soft rock layer, resulting in steepening the watercourse beyond the layer of hard rock. The river starts to undercut the hard rock layer, until it leaves an overhang. The overhanging hard rock becomes unstable due to the undercutting process, whereby it may collapse and retreat.

Eventually, the steepness of the watercourse also increases due to the speed of the watercourse and a stage comes in which the slope becomes almost vertical and/or totally vertical, leading to the formation of a waterfall. The base where the waterfall lands, is called a plunge pool.

As the high velocity watercourse picks up material from the riverbed, whirlpools are created which increase the erosion. The water also carries sand, stones, rocks, etc. with the current. This leads to the hard rock toppling over slowly. Due to this accelerated erosion, it carves even deeper into the riverbed and starts to retreat upstream. As it starts receding back over time, it forms a steep-sided gorge or canyon on the hillside and carves an even deeper ridge. The height of the waterfall increases, as the watercourse continues to cut the soft rock layer. In some cases, the watercourse does not have contact with the wall of the cliff.

Waterfalls are categorized into various types, based on their course, amount of flowing water and most importantly, the geological process that creates the waterfall. Waterfalls are grouped into two types, namely, the cascade and the cataracts. Cascade waterfalls are formed, if the volume of water is less and when there are many irregular or uneven surfaces underneath the surface of water; whereas, larger waterfalls with more volume of water, usually associated with rapids are called cataract waterfalls. Based on the features, waterfalls can be ledge falls, slide falls, parallel falls, staircase falls and combination falls. 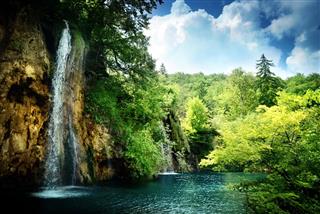 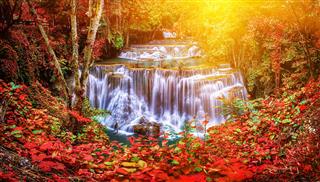 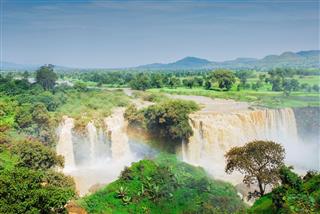