Weighing in the Pros and Cons of Nuclear Weapons

This article deals with one of the most polarizing topics of all time: the pros and cons of nuclear weapons. Is there really any use of an atom bomb other than killing millions of innocent civilians? Let's find out...

Home / Uncategorized / Weighing in the Pros and Cons of Nuclear Weapons 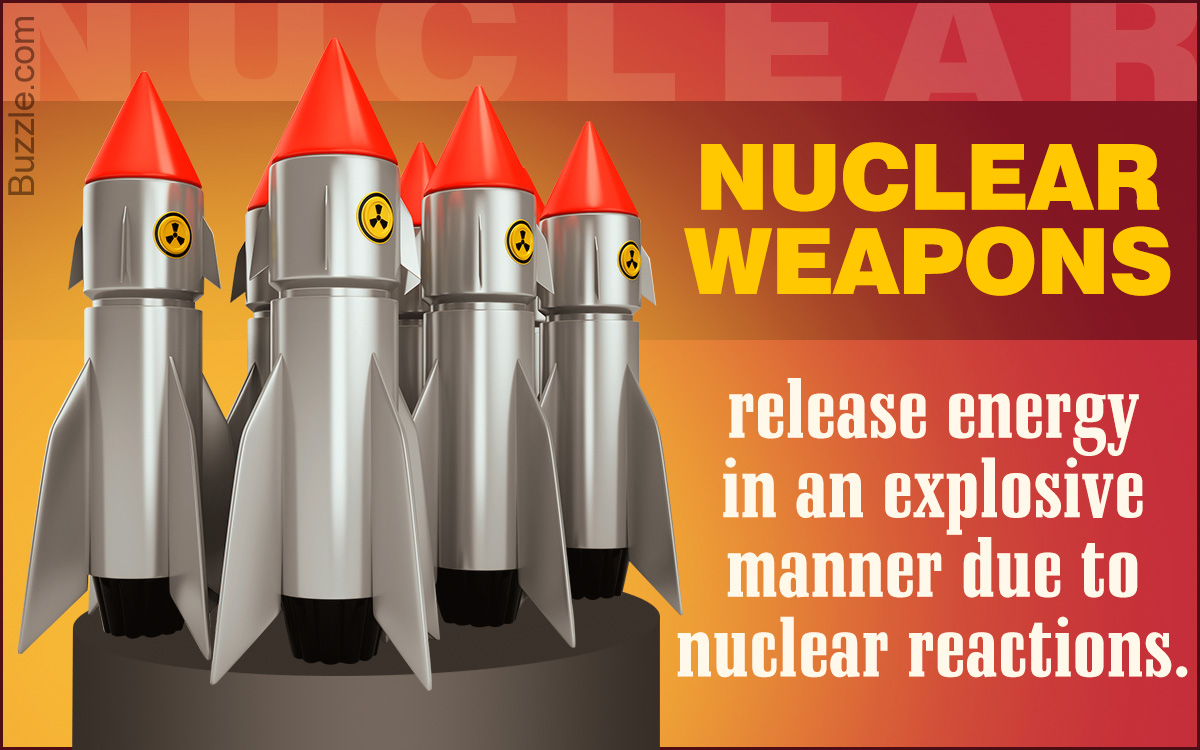 This article deals with one of the most polarizing topics of all time: the pros and cons of nuclear weapons. Is there really any use of an atom bomb other than killing millions of innocent civilians? Let’s find out…

Till date, nuclear weapons have only been used in the Second World War, by the United States against Japan. The US dropped two nuclear bombs on the Japanese cities of Hiroshima and Nagasaki in early August 1945, and the world witnessed the power of these weapons. These bombs were responsible for the death of millions of innocent people, and this mass killing finally brought the end to the terrible war. Scientists have long debated on the pros and cons of nuclear bombs; some say it is very essential for a country, but some still see it as a major threat to the human race.

Advantages and disadvantages of nuclear warheads have been discussed by people from all walks of life. Some people think it as a security measure essential for the country, but some who know and have seen the destruction caused by nuclear bombs despise them.

► These weapons are the ultimate deterrent against any attack, be it from a lesser power or a stronger one. In their multiples, they have the capacity to wipe out entire cities and cripple the enemy’s entire economy. The decision to replace them with new security measures has been a topic of debate for a while now, but no concrete talks have been held. Many peace activists proclaim that the world would be much safer without nuclear bombs, but there is also a possibility that if not nuclear bombs, it would be something else that threatens world peace.

► Currently it is impossible to keep a tab on the number of nuclear bombs in the world, as every country is using the excuse of strategic defense to acquire these destructive weapons. Defense experts also say that it wouldn’t be a wise decision to try to scrap all nuclear weapons, when various hostile states are acquiring them in large number.

► Their usage is considered highly immoral and highly dangerous. When a nuclear experiment is conducted, its aftereffects can be seen decades after the experiment itself. The more the weapons, the more the risks to human life.

► Producing and maintaining a nuclear bomb is pretty expensive, and it takes a large share from the country’s budget―money that could have been put to better use. Hostile countries are more likely to have a war in which they may use nuclear bombs against each other, and the result could prove disastrous for the entire planet.

The total elimination of nuclear weapons seems practically impossible today, but if world leaders make a sincere effort, they might be able to make this planet free from nuclear weapons. Possession of nuclear weapons used to, but now doesn’t, signify that the country is powerful and developed; countries like Germany, Canada, and Australia don’t possess a single nuclear weapon, but are still more influential in the global arena than most nuclear states.

Nuclear power can be used as a clean source of energy. I hope this article on the advantages and disadvantages of nuclear weapons helped you understand the various aspects of this destructive weaponry.