Advantages of science may be unsurpassed, but the negative effects of this field are insurmountable. This article briefly explains the disadvantages of evolution and development in science and technology.

Advantages of science may be unsurpassed, but the negative effects of this field are insurmountable. This article briefly explains the disadvantages of evolution and development in science and technology.

In the past, things were different from what they are now. Even though science transformed extensively, it was yet to touch people’s lives. Science is ubiquitous. There are many who have defied the existence of God, and believe that life on earth is a product of natural sciences. People have their own perceptions. However, none of us are left untouched by the hard knocks involved by this field. Now is the time to ponder over the much-explored negative consequences of science on our society and life.

Much has been said and talked about the importance of science and technology. In the current 21st century, science has progressed at such a rapid pace that it is now akin to an uncontrollable chain reaction. However, as the saying goes, every rose has its thorns, few adversities of the scientific revolution have brought about some major changes on the entire planet, regarding living, as well as non-living aspects. A comprehensive review of this subject is explained in the following paragraphs:

They’re obvious. They’re ubiquitous. They can be witnessed by one and all. They are a matter of mourning over. Environmental issues are the biggest concern that Earth is facing. Depleting ozone layer, increased global warming, reduced vegetation, climate change, animal extinction… the list goes on infinitely. It is the development of industries and establishment of factories and plants, which have harmed everyone on the planet. Urbanization, improvement in infrastructure, research and development, etc., are some areas of scientific advancements, but their price is too high to be ignored.

Medical science is no less than a blessing to mankind. Medicines produced all over the world are perceived to be a foolproof cure to a person’s illness. However, there also are some negative points associated with this science. Today, excessive consumption of drugs can lead to death. Moreover, incorrect consumption of any dosage may lead to fatal maladies, and cure of such diseases is next to impossible. Where medical science has advanced to an unbelievable extent, it entangles with itself with perils of all kinds, and just a slight ignorance may prove to be a matter between life and death.

Technology has provided ease of all kinds to the human race. However, it has made us too busy to even see our loved ones in person, and also has rendered health issues. Tremendous reliance and dependence on electronic gadgets, appliances, and most importantly, computer technology, has made human life so lethargic that people are witnessing old age much before they are actually supposed to. With zero physical activity, science might have proven its mettle as an amazingly efficient service to its users, but has got the world adversely hooked to it.

There are no qualms in accepting the fact that science is the biggest revolution ever to planet Earth. However, a normal human being has no idea to what extent, this field advanced today. The negatives of science and technology are nothing but an indication to the verity, that even if one wants, it is impossible to slump down to the ground from the heights touched by this field. 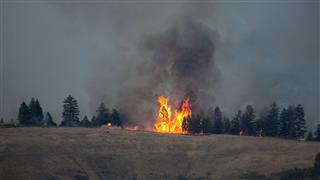 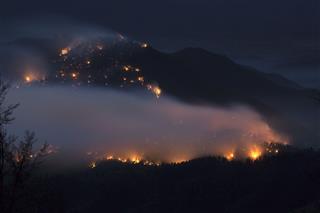