Metamorphic rocks are formed when other types of rocks change because of the enormous pressure and heat they experience deep within the earth. Keep reading to know more... 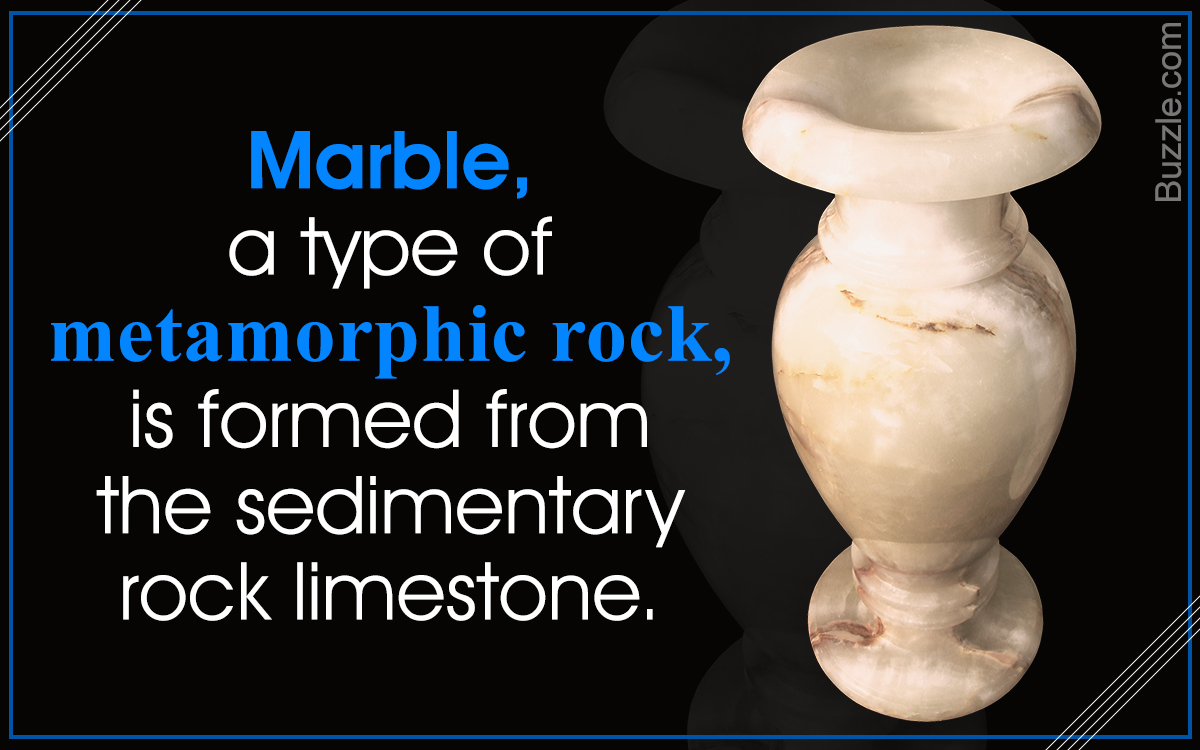 Metamorphic rocks are formed when other types of rocks change because of the enormous pressure and heat they experience deep within the earth. Keep reading to know more…

Metamorphism is a geological process involving rocks changing their form. The process requires millions of years in transformation. Earlier, the transformed rocks could either have been igneous, sedimentary, or even older metamorphic rocks. The heat and pressure of the Earth’s crust bring about profound changes in terms of physical as well as chemical properties, and give new textures to the rock. The new texture that develops is through the process of recrystallization. The texture and the kinds of minerals they consist of are how these rocks are classified.

Here, we will have a look at some related facts, and also the various types of metamorphic rocks.

Amphibolite
Parent Rock: Basalt
The rock consists of amphiboles, is generally dark-colored and heavy, with a weakly foliated structure. It is used for used for construction purposes, building facings and paving. It is easily available and has attractive textures.

Blueschist
Parent Rock: Basalt
This rock derives its name from its color. The metamorphism is generally accompanied by high pressure and low temperature. The presence of the mineral glaucophane imparts blue color to this rock.

Both dolomite and limestone contain calcium carbonate in large concentrations. Compared to its parent rock, marble is much harder. This enables it to get polished, and makes it popular as a building material. It is also used in bathtubs, floor tiling, sink tops, kitchen countertops, and so on. Artists do use it as a carving material. Marble is made up of various sized crystals, and also has many variances in color because of the impurities that are present during the formation process. Hence, marble can be white, gray, black, red, green, pink, banded and mottled.

This rock is formed under great pressure and temperatures. It consists of pyroxene and red garnet, along with small amounts of stable minerals. The color of eclogite is red-green, which makes it quite beautiful to look at. Being a dense rock, eclogite helps in convection within the Earth’s crust.

This rock is formed under low temperatures and pressure. The rock gets its color from the presence of chlorite, epidote, or actinolite.

The rock is fine-grained, containing perfect cleavage, which enables splitting it into fine sheets. Slate generally contains dark- to light-brown streaks. It is formed because of comparative low pressures and temperatures, and is referred to as low-grade metamorphism. It has been used in various ways over the years; for example, as grave markers or headstones. However, one of the problems with slate is the perfect cleavage it has, which resulted in gravestones splitting and cracking along the cleavage lines. It is also commonly used for chalkboards. Nowadays, due to its cracking and splitting, and its weight, slate is not used much.

This metamorphic rock is classified as medium grade, which means it has been formed by more pressure and heat compared to slate. This rock is coarse-grained, with the individual grains of the minerals that it is made up of being visible to the naked eye. Most of the original minerals are transformed into flakes, and since it has experienced far more pressure, it is usually found crumpled or folded. Usually, schists are named according to the main mineral they have been formed from. For example, talc schist, garnet mica schist, hornblende schist, and biotite mica schist.

This rock is classified as high grade, which means that compared to schist, it has been subjected to more pressure and heat. Gneiss is distinctly banded and is coarser than schist. The banding comprises alternating layers, which are made up of different minerals. One of the most important minerals that gneiss is made up of is feldspar, along with quartz and mica. Gneiss can also form from the metamorphosis of sedimentary rocks like shale or sandstone, or from igneous rocks like granite. Gneiss is used as a building stone and for paving.

This rock does not appear in crystalline form, but the small grains enclosed fit in as a mosaic. Hornfel is non-foliated and its texture is banded. Its color is variable and largely depends on the source of rock it has metamorphosed from.

When sandstone is metamorphosed it turns into quartzite. It becomes more harder than its parent rock. It is formed when sandstone comes into contact with magma that is deeply buried. Quartzite appears quite similar to sandstone, and the best way to tell the difference is to break both the rocks. While sandstone shatters into many grains, quartzite breaks across the grains.

This rock is mainly composed of serpentine minerals – antigorite, lizardite and chrysotile. The color can be green to dark-green or reddish-brown to black. It is very finely grained, and its texture is variable. It is used as a decorative stone in architecture. It was used to make chimneys earlier, due to its heat-resisting property.

This rock is primarily composed of talc and contains small amount of chlorite, mica and amphiboles. It is formed when the Earth’s crust is subjected to high heat and pressure. Soapstone is used for countertops in kitchens, making bowls and plates, electrical panels, and also as wall tiles and floor tiles.

Shale being the parent rock, is metamorphosed to become a fine grained phyllite, consisting of clay minerals. This rock is subjected to a greater degree of heat and pressure than slate, and also has larger crystals. The chief composition of phyllite consists of quartz, sericite mica, and chlorite. 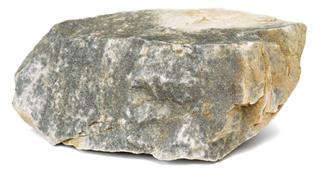 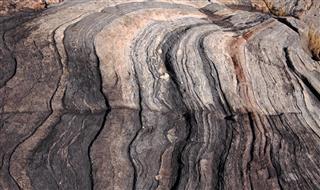 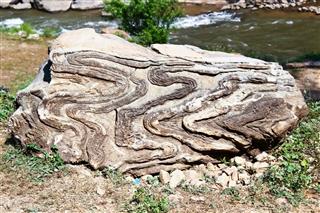 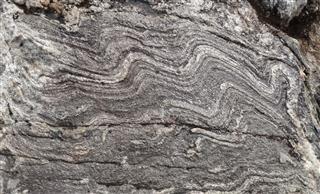 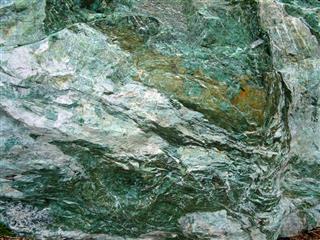 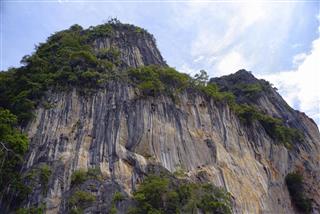 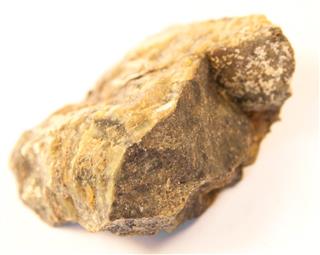