Grasslands span across the world, covering roughly a quarter of the total surface area of the planet. The grassland biome, in fact, exists on every continent of the world - with the exception of Antarctica (where the ground is permanently covered with snow). The most striking features are its continuity and openness, seemingly like an endless sea of grass. Grasslands can be divided into temperate and tropical.

Grasslands span across the world, covering roughly a quarter of the total surface area of the planet. The grassland biome, in fact, exists on every continent of the world – with the exception of Antarctica (where the ground is permanently covered with snow). The most striking features are its continuity and openness, seemingly like an endless sea of grass. Grasslands can be divided into temperate and tropical. 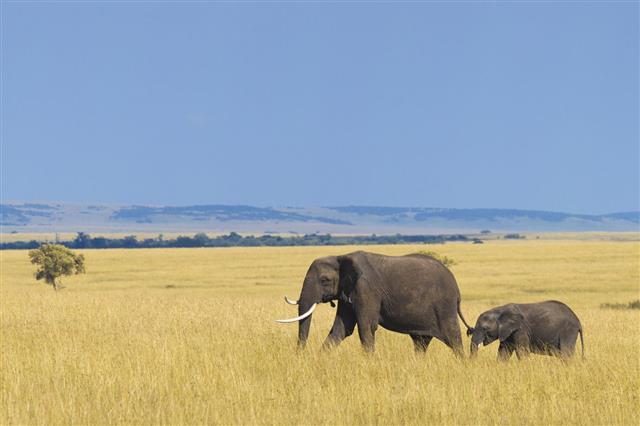 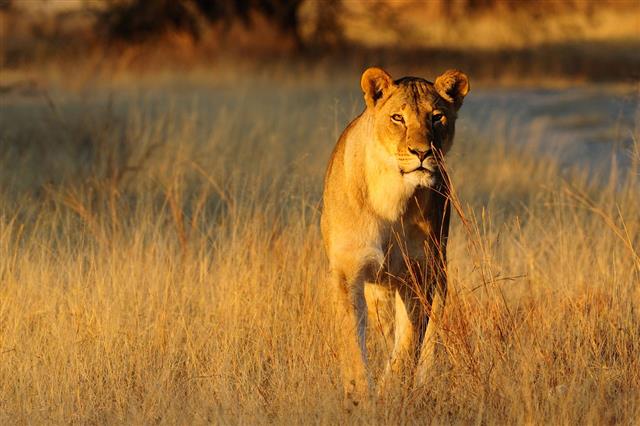 ~Compared to the savanna, the diversity of animal species is less in temperate grasslands.

~ The fauna of a temperate grassland includes bison (dominating the North American prairies) and pronghorn.

~ While springbok and blesbok are the animals found in Highveld, elephants, zebras, wildebeests, hippopotamuses, and rhinos, inhabit the Lowveld region.

~ The prominent species living in the Pampas grasslands include the pampas fox, armadillo, the White-eared Opossum, and the pampas deer.

~ Grass is clearly the most dominant type of vegetation found in temperate grasslands.

~ Temperate grasslands are characterized by moderate rainfall, hot summers, and cold winters. Fires and seasonal droughts do take place, but not on a large-scale basis.

~ The droughts, fires, and grazing by animals, prevent the growth of tall trees in such areas.

~ However, trees such as willows, oaks, and cottonwoods, are observed growing sparsely in certain areas.

~ In the Pampas grassland of South America, the growth of pampas grass is widely observed. It is also characterized by herbs and perennial grasses.

~ The soil of Pampas and the North American Prairies have extremely fertile soils with a moderate amount of rainfall. This makes them the most preferred regions for the purpose of agriculture.

~ In other areas, the superficial layers of soil are moist, and the underlying layers are rather dry.

As the name suggests, these grasslands are situated in the tropical regions of South America, Australia, and India. With annual rainfall ranging between 20-50 inches and extremely hot and dry conditions, they play a major role in the diversity of the biome found here.

~ It is dominated by 3-6 feet tall grass, although sparse distribution of trees does occur in certain areas. Some fire-resistant and drought-resistant trees are also present.

~ Tropical grasslands have porous and poorly fertile soils which cause insufficient growth of trees (if any).

~Over the years, a lot of trees have been introduced in this grassland ecosystem. These include prickly pear, prickly acacia, buffelgrass, rubber vine, and lantana.

Adaptations of Animals and Plants

~ One of the most striking physical adaptation of grassland animals is the modification of their set of teeth. This is observed in the case of bison, whose flat-topped and wide teeth help them feed on grass.

~ With a limited amount of resources, grassland animals have adapted to the environment in a way where there is lesser competition for food. While various antelopes feed on short grass, giraffes resort to leaves available on tall trees.

~ Animals such as Jack rabbits, snakes, and insects make use of the tall grass to hide or camouflage themselves from their predators. Bigger animals use speed to their advantage.

~ Defensive adaptations are also observed in animals such as African elephants, where they huddle together in case of an attack, making sure that their young ones remain safe.

~Other adaptations include certain animals’ nocturnal nature, that keeps them far from their predators’ reach.

~ The plants have adapted to the frequent drought conditions of a grassland, by penetrating their roots deep into the ground in search of water. This adaptation helps them survive even in extreme weather conditions.

~ The roots penetrate into the ground to such an extent that even in the case of wildfires, they remain unaffected, thereby preventing complete damage.

~Grasslands are known for their display of bright and colorful wildflowers which bloom solely to attract insects for the purpose of pollination.

~ The leaves of a majority of plants in this biome are slender and narrow in nature. This is to ensure minimum loss of heat during daytime.

Grasslands form a major part of our ecosystem. However, the increasing area being cleared for the purpose of agriculture, has now become a major threat to the animals’ natural habitat. 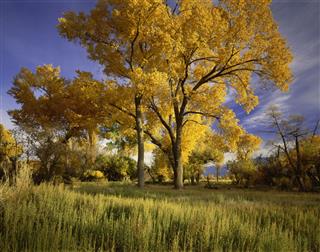 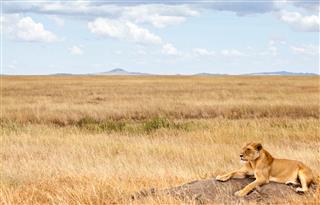 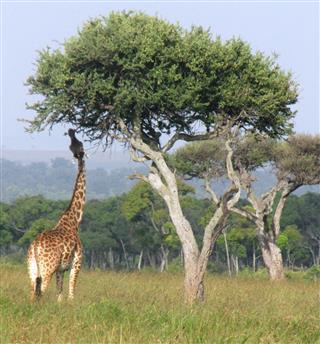 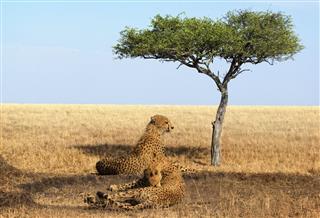 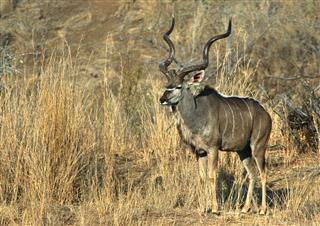 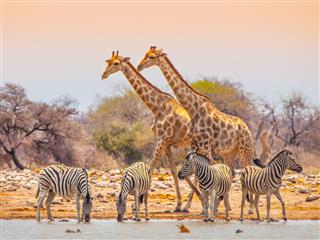 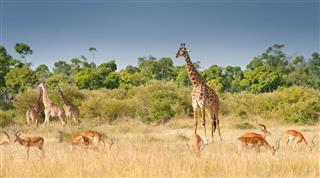 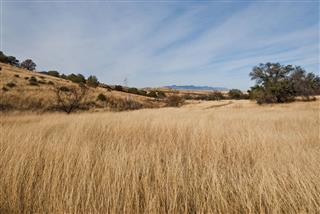 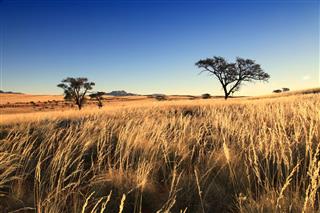