A lemon battery experiment involves the use of a juicy lemon, copper coin and zinc nail to form a lemon battery. When four such lemon batteries are combined, they produce enough voltage to light up an LED (light emitting diode). 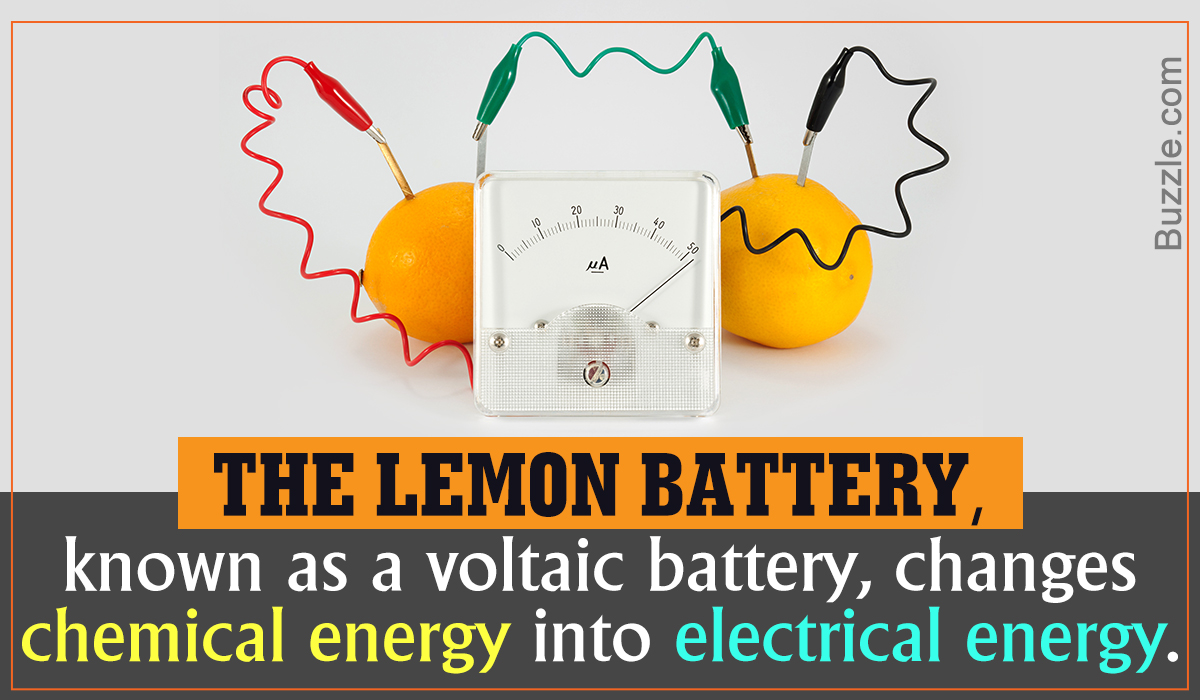 A lemon battery experiment involves the use of a juicy lemon, copper coin and zinc nail to form a lemon battery. When four such lemon batteries are combined, they produce enough voltage to light up an LED (light emitting diode).

One classic science experiment used to demonstrate the fundamentals of a chemical battery system is that of a lemon battery. Lemon batteries are not capable of running motors, but they have the capacity to produce a dim glow in an LED.

Batteries comprise two different metals: copper and zinc, immersed in an acidic solution. The copper metal functions as the positive electrode and the zinc metal functions as the negative electrode. All batteries have a “+” and “-” terminal. The acidic solution in the battery is called the electrolyte. In case of the lemon battery, the acidic lemon juice is an electrolyte, and helps to break down the atomic structure of the zinc and copper metals. This results in the release of individual electrons. The flow of individual electrons is called electricity. These electrons will flow from the negative terminal to the positive terminal of the battery. The measure of force of the moving electrons is called voltage. This is the concept behind the lemon battery experiment. However, creating successful lemon batteries is not easy.

Step 1
Take the first lemon and make a slit at one end. Make sure the lemon is juicy because the citric acid in the lemon acts as the electrolyte. If there isn’t enough lemon juice, your battery won’t work. Insert the copper coin into the slit. Make sure your copper coin is clean.

Step 2
At the other end, make a similar slit and insert the galvanized zinc nail. Ensure that the nail and coin do not touch each other. The coin and nail form the positive and negative electrodes respectively, thereby forming the single cell of the battery.

Step 4
Connect the two electrodes using an alligator clip wire. Electricity will flow from the nail to the coin, via the lemon juice electrolyte. The rate at which the electrons flow is called voltage. The faster the electrons flow, the higher the voltage.

Step 5
The voltmeter will measure the rate of electron flow. If one connects the voltmeter to the electrodes, a voltage of 0.906 volts will be detected. However, this is not enough to light a bulb.

Step 6
To achieve enough voltage to light the bulb, one has to make more lemon batteries and connect them via the alligator clip wires. Take the other three lemons and follow the same procedure from step 1 to step 4. Your four individual lemon batteries are ready, which if combined will give a total voltage of 3.50 volts, which is enough to light up a small, light-emitting diode or LED light.

Step 7
Connect the four lemon batteries to each other with alligator clip wires, such that the positive electrode of one battery is connected to the negative terminal of the other battery. Have a look at the image above for clarity.

LEDs work at even very low voltages (below 2V) and low currents. These LEDs get damaged if connected to batteries over 2 volts. Thus, they require resistors to control batteries which are rated over 2V. However, since lemon batteries produce low current, it is safe to connect an LED to it. However, in this lemon battery experiment, the copper coin can pose a problem. The coin should be pure copper. One can substitute a 14 gauge copper wire for the coin. Moreover, the coin should be clean. Have fun! 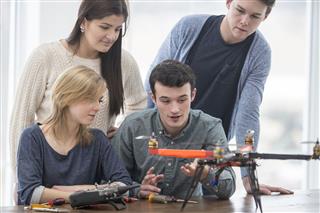 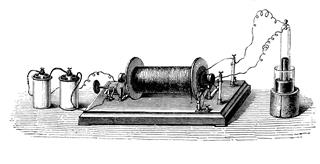