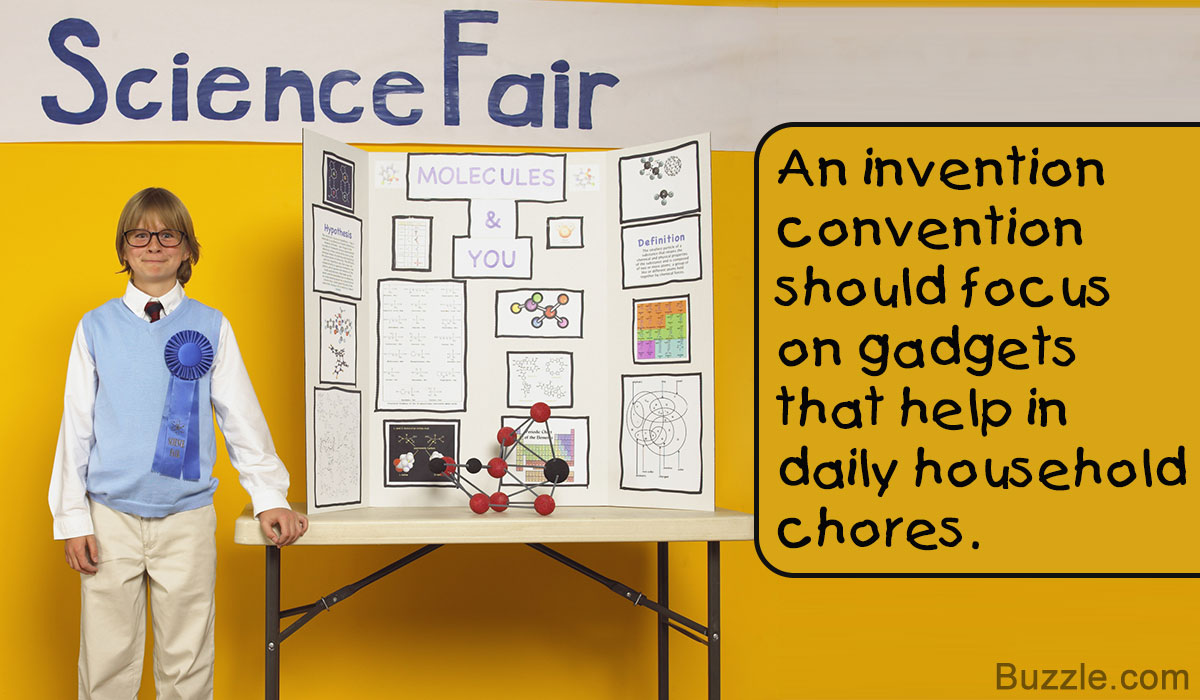 Invention conventions are the best place for kids to display their technical, creative, and logical skills.

Schools are very important institutions where children learn a lot about the world. It is where a child is encouraged to use his creative thinking and physical abilities to the fullest. Along with the development of children, it is also essential that their skills are assessed and judged the right way. This in turn helps in knowing what a child is capable of. Almost, all schools conduct an invention convention at certain time periods.

What are Invention Conventions?

An invention convention is a fair-like gathering which is held to display various inventions made by the participants. It is very useful for school students to put their creativity and knowledge ability into practice and come up with new inventions. Invention conventions are mostly conducted and organized by schools to let students gain practicality in whatever they have learned in the previous year. This is a great way to come up with technologies that may prove beneficial to people. Schools play a very important role in promoting significant science skills, and helping students to demonstrate their abilities independently, as they devise a new product or a process. Most of these conventions have a general requirement that students should come up with their own inventions, which might be based on past theories and experiments.

An invention convention for kids is held according to the grades they are studying in. Sorting out conventions as per their grades is a good way to determine the intelligence and sharpness of students. Such conventions are known as grade invention conventions. Organizers, teachers, and convention assistants should work according to the specific age group. Teachers are the ones who are responsible for guiding and advising the students in their inventions, filling the forms, providing information on various inventors and inventions, and making arrangements for the convention.

Organizing the invention convention is the most important task that has to be carried out. The convention can be school-wise or district-wise, so organizers would need to work with teachers and administrators in their respective areas to coordinate required activities. A time limit for students to make their science-fair projects also needs to be determined. A participant should at least be given six weeks to prepare his project. Teachers and exhibition volunteers should be appointed to coordinate all processes in the event.

The ‘event in charge’ is responsible for deciding on who will judge the event. He should prefer people who are appropriate to the field of study. The best members for the judging committee would be high school and junior high school science teachers, university science professors, and local scientists. It is recommended that one judge should be given the responsibility for testing, determining, and judging 10 inventions and projects. The convention assistants should ensure that students submit their inventions and projects one day before the exhibition. They also need to check if students are present at the designated place during the public exhibition.

The schools and the convention staff should create a feeling among the participants regarding the importance of the invention convention as a special science event of the school year. They should promote enthusiasm among the children by discussing popular inventions such as cars, toys, games, daily-use appliances, etc. They should create an atmosphere where the children would want to learn more on important inventions and famous scientists. Coming to what exactly is welcome for display at these interesting conventions, organizers should mainly focus on gadgets that help in daily household chores or those which would prove beneficial to the environment. However, participants should be informed that not all inventions are products, equipment, and appliances. A process or a better way of performing a task can also be an important invention.

Such invention conventions are a good platform to connect with the society and the media at large. The organizers need to inform the news media well in advance regarding the convention, which should help generate interest for the event. Note that these conventions are not only held in schools and technical institutes, but also famous communities and institutions. These are some of the invention convention ideas and guidelines that need to be followed in conducting an invention exhibition. There are many more ideas that can be used by organizers to make a convention successful.