What is Ionization Potential

How is ionization potential defined? Why does it affect the reactivity of any atom? Read to find the answers.

Home / Uncategorized / What is Ionization Potential 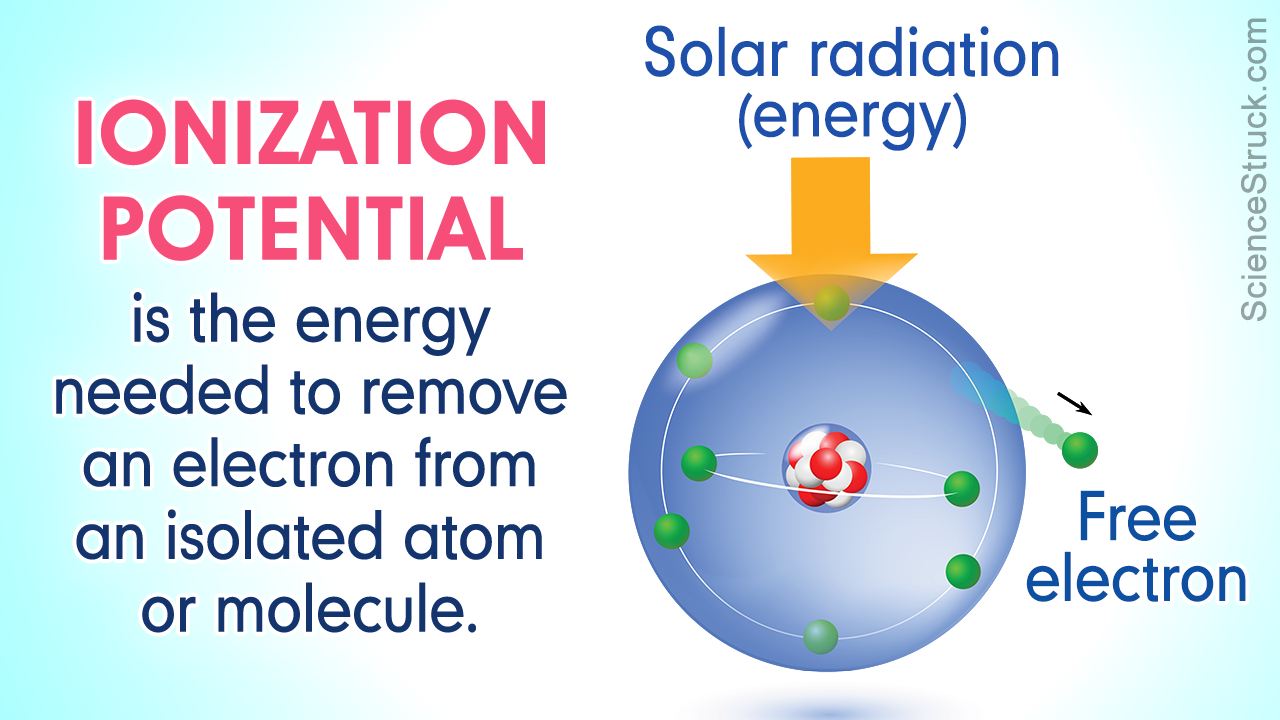 How is ionization potential defined? Why does it affect the reactivity of any atom? Read to find the answers.

An atom consists of a central nucleus containing positively charged protons and neutrons, which is surrounded by electrons revolving around it in orbitals with specific energy levels. The electrons are bound to the atomic nucleus, because of the electromagnetic force of attraction.

To break free from the attractive force of the atomic nucleus, an electron requires energy which may be supplied from external sources. For every atom of a chemical element, the energy levels for each atomic orbital are different.

In physics, we prefer using electron volts (eV) per atom, as a unit for ionization potential, while in chemistry, it’s measured in terms of kJ/mol (Kilojoules per mole). For example, the ionization energy of hydrogen is 13.5984 eV. The lower the energy, higher is the tendency of an atom to become a reducing agent and more reactive it is. On the other hand, higher the ionization energy, higher is the tendency to become an oxidizing agent and less reactive it is.

To be able to measure the ionization potential for any atom, one must solve the Schrodinger equation from quantum physics, to calculate the energy levels of that atom. A complete analytical solution for any atom, other than Hydrogen is not possible. An estimate of the energy can be made on the basis of an approximate model. Here is the required equation:

where Z is the atomic number of the atom and n is the orbital number. This formula can only provide you with an approximate value. A more precise value can only be obtained from experiments.

As we saw before, the key point to understand is that higher the ionization energy of an atom, greater will be the energy required to remove an electron from inner level orbitals of the atom. In conclusion, remember that atoms with low ionization energy, lose electrons easily and are hence, good reducing agents. On the other hand, atoms with high energy are more likely to be oxidizing agents. As an exercise, take a look at the ionization potential table for all elements and guess which elements are likely to be reducing or oxidizing agents.