The Most Significant Inventions of the Industrial Revolution

The Industrial Revolution was a period in which people shifted from the rural, agrarian economy to the town-based, industrialized economy. It was triggered as well as sustained by technological advances and inventions which changed the way humans thought and lived, forever.

Home / Uncategorized / The Most Significant Inventions of the Industrial Revolution

The Industrial Revolution was a period in which people shifted from the rural, agrarian economy to the town-based, industrialized economy. It was triggered as well as sustained by technological advances and inventions which changed the way humans thought and lived, forever.

The Industrial Revolution was another of those extraordinary jumps forward in the story of civilization.
―Stephen Gardiner

The Industrial Revolution took root during the late 18th and early 19th centuries in Great Britain, and then spread to the rest of Europe and North America before finally engulfing the whole world. It brought about a sea change from handmade goods to machine-made goods, and from small-scale production to large-scale production, and also transformed cottage and small-scale industries into large industrial establishments.

Industries and factories became new sources of employment and earning. It also helped people to move out of villages to towns and cities, and work in mills and factories. But most importantly, this period was marked by technological and industrial inventions that influenced and affected every aspect of human life.

Major Inventions During the Industrial Revolution

The Industrial Revolution was the result of scientific inventions that led to the mechanization of the textile industry, improved roads and railway networks, and the development of iron-making techniques. A series of inventions had begun at the start of 18th century, which triggered major developments that followed soon after. This ScienceStruck article is about some of the most important and interesting inventions made during the Industrial Revolution.

Before the invention of the seed drill, seeds were planted by hand. This process was time-consuming and also involved intensive labor. The seed drill was helpful in sowing seeds at specific positions, and covering them too. This device increased the crop yield ratio by about nine times, and also made the sowing process cheaper, as it needed less labor.

Earlier, wood and biofuels were used to smelt iron. The use of coal in smelting process, not only helped make the process quicker, but also cheaper. It also helped in getting rid of the extra workforce that was employed for the purpose of wood-cutting, as coal was more abundantly found in most of the surrounding regions.

The atmospheric engine worked on the principle of creating a partial vacuum by condensing steam under a piston, within a cylinder. It was largely used for pumping out water from the mines. Later on, James Watt improvised on the engine, thus, making it technically more efficient.

Invention of the flying shuttle brought about a considerable change in the process of weaving. It worked by allowing the shuttle to carry the weft, that was to be passed through the warp threads, faster over wider clothes, thus, allowing the weaver to produce wider fabrics in lesser duration of time. This, in turn, helped increase the productivity of the weaver, also by reducing the labor involved.

The lightning rod was aimed to protect buildings during lightning strikes. The rod had a pointed tip, and was grounded to the earth. During a thunderstorm or lightning strike, it would collect the charge and make it neutral by earthing it. Thus, it was able to protect a lot of houses, which were under frequent threat of fires from lightning. It is interesting to note that modern-day lightening rods follow the same principle, which was used by Franklin.

Prior to the Industrial Revolution, Britain’s textile industry worked with the help of artisans who worked from home, using the spinning wheel and the hand loom. However, the traditional methods of producing yarn restricted large-scale production of goods. With the invention of the spinning jenny, artisans could spin almost 120 threads at a time, instead of only a single thread.

Watt developed the improved version of the steam engine, more efficient than the one invented by Thomas Savery. Though mainly known for its use in running a train, the steam engine was also used to run machinery in factories and mines. The engine was powered by high pressure steam, and was able to work at places which lacked a nearby source of water. Thus, it was able to overcome the problem faced by the water frame, which could work only at places where water was available. 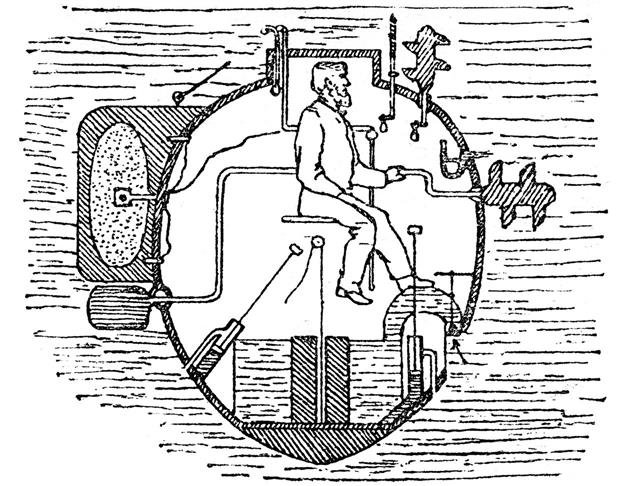 Bushnell invented the first military submarine and named it “turtle”. Hand-powered and capable of accommodating only a single person, it was invented to perform underwater operations. Though it failed in its first mission to destroy a naval ship, this submarine still stood out as a prototype for modern-day submarine technology.

The threshing machine was invented to mechanically separate seeds or grain from the husks and straw. The machine brought about an end to the laborious and time-consuming manual method which had been prevalent for thousands of years. It also made the process quite easier and faster. 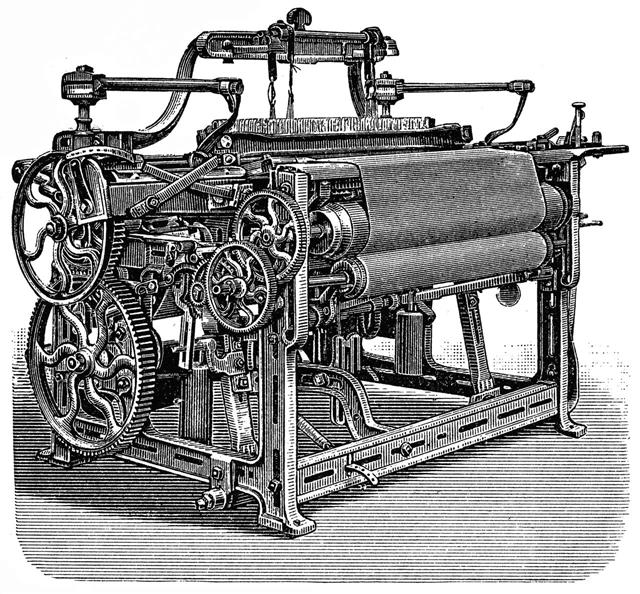 The invention of the power loom was a great breakthrough in the weaving industry. It was a mechanized loom that used a rotating shaft for power transmission. The power loom used water as the source of power instead of steam, thus, making the weaving process faster, easier, and cheaper. Cartwright patented the power loom in 1785, one year after having invented it.

The cotton gin enabled separation of cotton seeds from raw cotton fibers, which otherwise had to be done by hand. This invention facilitated large-scale production, and with lesser workforce. Whitney’s cotton gin, was capable of cleaning 23 kg of lint everyday, and proved to be of great help to the cotton industry.

Based on his experiments related to electricity, Volta was able to separate the basic components in water viz., oxygen and hydrogen. Through his experiments he came to know that electricity could be made to flow through a conductor. The idea helped him produce the world’s first battery, which later came to be known as the ‘voltaic pile’. As a tribute to the great scientist, the electric potential, volt, has been named after him. 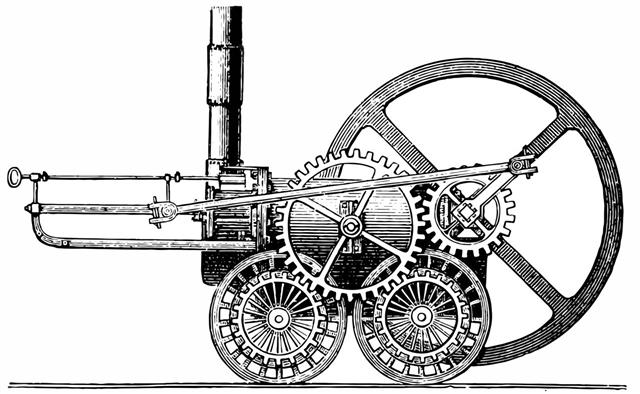 The power of steam was initially used by Richard Trevithick for running carriages on the roads. Later in 1804, he became the first person to utilize steam power to run locomotives on the rail track. Later, George Stephenson, an engineer in the mining industry, further developed more powerful locomotives and led to the establishment of the first two rail lines in England (1825 and 1830). 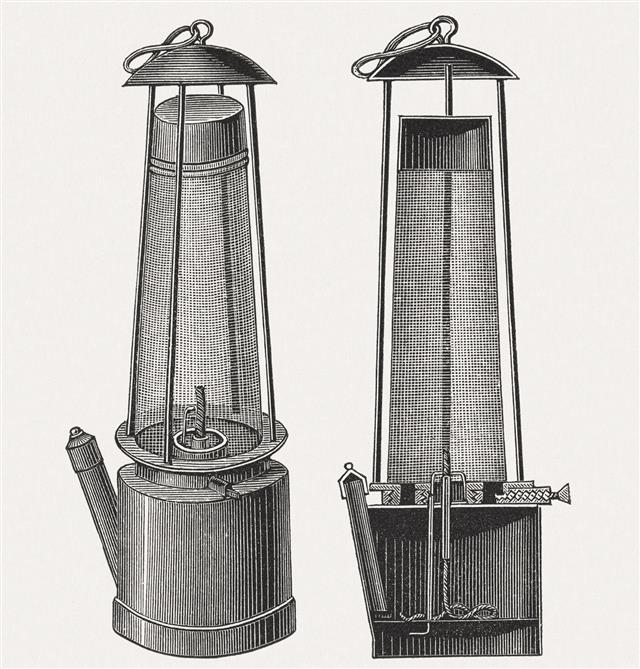 The safety lamp invented by Davy was quite successful in saving the helpless workers in deep, dark mines. It was designed in order to provide illumination, prevent explosions, and inform the workers of any potential threat(s) underground. Thus, it helped save a lot of lives during the period of the Industrial Revolution.

The electromagnet, invented by Sturgeon, worked on the principle of magnetic fields. When electric current was passed through iron, the latter was magnetized, and the other iron objects were attracted towards it. The electromagnets, at that time, were used basically in telegraph sounders. Today, they have versatile uses in motors, generators, bells, transformers, and so on.

Niépce is credited worldwide for developing the heliograph, an apparatus used for sending telegraphic messages by using a mirror to turn the sun’s rays off and on. This helped him produce the world’s first ever photograph, which was taken by Niépce after waiting for a duration of eight long hours.

Faraday went on to interrelate his electromagnetic induction studies to invent the first dynamo, which is said to be the predecessor of modern-day generators and alternators. Later, the developed dynamo was able to provide power for industries and factories on a large scale.

The invention of the reaper machine made it easy for farmers to reap their crop. The reaper was able to do the work of five men alone, thus, making the process cheaper and less labor-intensive. Thus, manual work was eventually replaced by machines.

Similar to a seed drill, the corn planter helped farmers plant their corn faster, and with much ease. Moreover, the machine also facilitated the reduction in manpower, which could then be used in some other productive task. The corn planter also helped in controlling weeds. During the industrial revolution, Henry Blair became the second African-American to receive a patent. 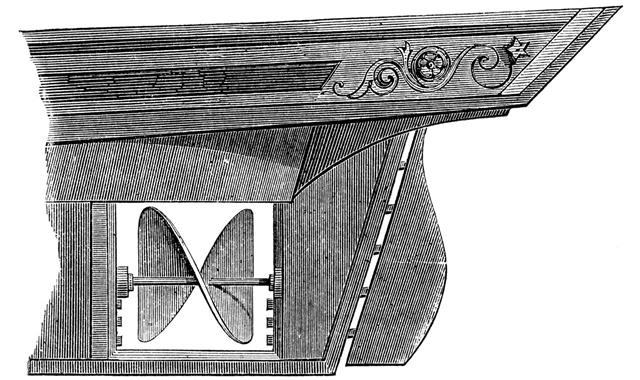 The screw propeller was designed to propel steam boats by the power generated from rotational motion in a fluid. The propeller later went on to be used in big ships and marines. Smith was also the inventor of the first screw-propelled steamship, “SS Archimedes”.

The Revolver or Revolving Gun

The revolver or the revolving gun was the predecessor of modern-day semi-automatic pistols. Though Colt never claimed to have invented the revolver, his was the first ever practical revolving gun in the world. While it was considered to be a novelty arm in the initial days, it quickly went on to become an important firearm in future wars, and was incorporated in the armed forces.

The Telegraph and Morse Code

Bettering the invention of Samuel Sommerring’s telegraph, Samuel Morse went on to develop the electric telegraph that brought about a revolution in the field of long-distance communication. Moreover, he also developed the Morse code, which was quite effective in facilitating communication. As a result, the first transatlantic cable was laid in the year 1858.

This first pedal bicycle invented by Macmillan was propelled with the help of horizontal reciprocating movement of the rider’s feet on the pedals, which remains the basic principle even for modern-day bicycles. The invention of the bicycle helped people travel easily and with more speed, and also proved beneficial in saving a lot of time.

Inventions During the Second Industrial Revolution

The second industrial revolution began in the latter half of the nineteenth century. Also known as the technological revolution, there were many great many inventions in the field of science and technology during this period. The important inventions of the period have been listed below.
(1840-1900)

The Industrial Revolution is one of the most important epochs in the history of mankind. It set the wheels of scientific inventions and technical advancements in motion, the benefits of which we are still reaping even after two centuries!