Archimedes was a prodigy in the field of mathematics and science, where he pushed the boundaries of both subjects to obtain a profound result through careful research, calculation, and observation. He is known as the 'father of mathematical physics', and the 'father of integral calculus', quite rightly. Let's take a look at how the inventions of Archimedes have paved a way for modernized versions of his works. 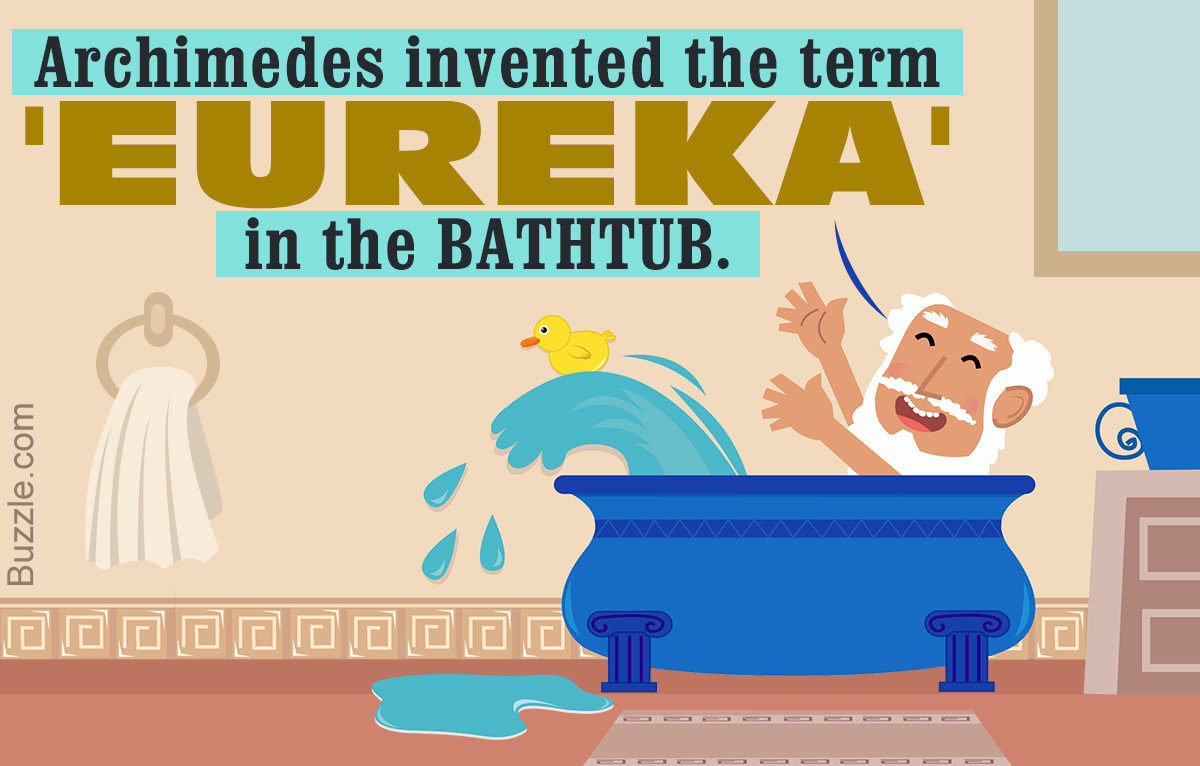 Archimedes was a prodigy in the field of mathematics and science, where he pushed the boundaries of both subjects to obtain a profound result through careful research, calculation, and observation. He is known as the ‘father of mathematical physics’, and the ‘father of integral calculus’, quite rightly. Let’s take a look at how the inventions of Archimedes have paved a way for modernized versions of his works.

Archimedes wasn’t only a respected physician and mathematician, but an astronomer, engineer, and inventor. He is one of the greatest mathematicians of all time, with the likes of Carl Friedrich Gauss and Isaac Newton in the running. While the Greek mathematician was made famous by his adaptation of the lever and the Archimedes‘ screw, his greatest achievement was proving that a sphere (set within a cylindrical structure) was two thirds the volume of the cylinder’s surface area. Archimedes was so passionate about what he did, that even while taking a bath he’d be scribbling away.

Archimedes is said to have died from the hands of a Roman soldier, who gruffly asked to be accompanied to see General Marcellus. In spite of the General making it clear that Archimedes not be harmed, the Roman soldier was angered and killed Archimedes when he refused to budge, insisting that a mathematical diagram first be completed. Others say that he may have been killed because the soldier thought that he was carrying valuable items, when it was in fact only his mathematical instruments.

The Inventions of Archimedes

The speculations surrounding this incident are aplenty, but one can draw a conclusion that at least one of the methods is true according to Archimedes’ discovery of the impure gold crown. The story goes like this, Hiero II who was the king of Syracuse, summoned Archimedes to test the pureness of a gold crown because he suspected that the goldsmith hadn’t used a 100% pure gold in its making. The crown, which was in the shape of wreath, was often placed on statues of either a god or a goddess.

Archimedes is said to have tried one of two ways, where arguments of the accuracy of one such method was brought to light. As accurate as the following methods sound, Vitruvius (Roman architect) says that it was “the result of a boundless ingenuity”. While he says that this was how Archimedes tested the weight of the gold crown, it wasn’t explained like so in Archimedes’ writings. This formula would later be called Archimedes’ principle on buoyancy where, Buoyancy = weight of displaced fluid.

Method 1 (as told by Vitruvius)
Vitruvius says, “The solution which occurred when he stepped into his bath and caused it to overflow was to put a weight of gold equal to the crown, and known to be pure, into a bowl which was filled with water to the brim. Then the gold would be removed and the king’s crown put in, in its place. An alloy of lighter silver would increase the bulk of the crown and cause the bowl to overflow.”

Method 2 (most probable case)
Archimedes is said to have suspended the gold crown and a gold piece with the same weight that was supposed to be used, above a tub of water. When sunk into the water, the crown is said to have been placed a little higher than the gold piece (lighter than the latter), proving to Archimedes that an alloy of silver may have been used in making the crown. This presented clear evidence that the goldsmith hadn’t used pure gold while making the crown.

The account of this invention is vague, in the sense that it doesn’t fully explain exactly how Archimedes designed the final structure. There are many variations of the ‘iron claw’ which Archimedes designed and had consequently constructed in order to ward off attacking ships. The mechanism of the iron claw was to upturn ships that approached the walls of Syracuse, where it would be lowered into the sea from a height. Once the claw fastened itself to the ship’s underbelly, it would be tugged in an upward fashion. Once they were released, the ships would either fall to their sides or be dropped from a height that forced it to sink.

A lever is a beam or rod connected to the ground by a pivot, called a fulcrum where it is used to displace heavy objects using a kind of mechanism. Archimedes has been quoted (“Give me a place to stand, and I shall move the Earth with it.“) about the use of the lever when he perfected the principle of levers mathematically. This is known as the law of the lever. It is expressed using the formula below.

There are different sorts of levers depending upon the placement of the resistance, fulcrum, and the exerted energy. In the image above, you can clearly see how the position of these elements come together to work out a particular task or action.

This is perhaps his most significant invention where Archimedes designed a structure that allowed water from a low lying plain to reach irrigation canals without laborious effort. The SS Archimedes was a ship named after the great inventor, which was the first steamship to come with a screw propeller.

It was first called the Egyptian screw since Archimedes had been to Egypt on a visit from Syracuse. King Hiero II wanted Archimedes to design a huge ship that could hold an approximate of 600 people, complete with a gymnasium, temple, and garden-like interiors. When bilge water accumulated to a point where it became too deep (on the ship Syracusia), a man could pump out the water using the same screw design (fitted within a cylindrical structure) by Archimedes.

Archimedes as previously mentioned, came up with a way to defend the city of Syracuse by inventing the iron claw. Likewise, he came up with a way of erecting large mirrors placed at designated locations on land while positioning them in such a way that it targeted enemy ships at sea. Once the sunbeams reflected off the mirror, it ignited the enemy ships within moments. There are those that say such a thing may not have been possible since this method would only prove effective if weather conditions suited the mechanism’s working.

Others who tried to confirm the invention’s usage, found that a ship at a distance couldn’t be ignited – 400 ft. away to be exact. One such experiment was done by Ioannis Sakkas, a Greek scientist, who placed 70 mirrors around a Roman ship mock-up, which immediately burst into flames when the sun’s light was concentrated. It was 160 ft. away and coated in tar paint which may have been the reason behind it being so flammable. Because tar paint was used frequently as a coating on ships back in the day, it made the existence of the invention highly probable.

Archimedes was not only brilliant, but humble and ready to be of service when called upon. While his death ended in an unfortunate manner, his legacy as one of the greatest men in multiple fields has earned him a place that will be remembered for years to come. There’s so much more that he has done and contributed to respective fields, that his inventions are only a chunk of an entire array of commendable works.