Interspecific competition is the one that involves different species. ScienceStruck provides some information about the same, ably supported by examples. 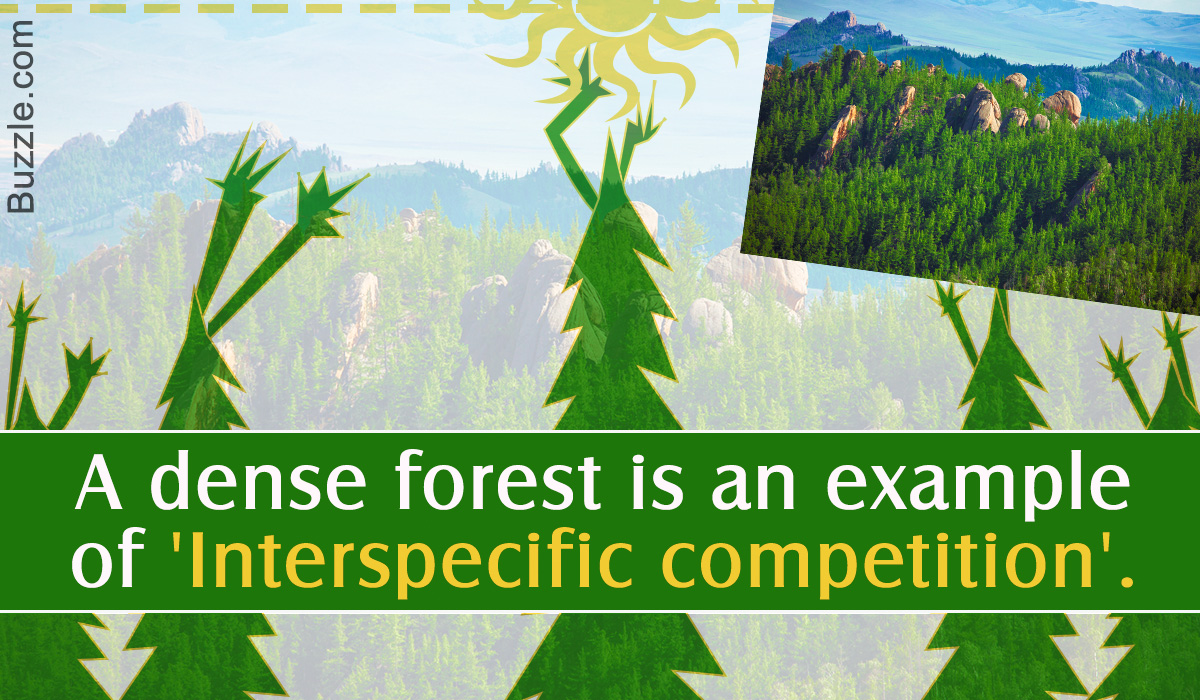 Interspecific competition is the one that involves different species. ScienceStruck provides some information about the same, ably supported by examples.

Interspecific competition occurs when different types of species in an ecosystem compete for the same resources. Here, the resources refer to food, shelter, light, water, and the other essential necessities of a particular species that inhabits an ecosystem.

Exploitative competition refers to the availability of fewer limiting resources as a result of usage by a particular species, making them insufficient or no longer available to the competing species.

Interference competition refers to the direct interaction of a particular species with its competing species to obtain the resources.

These can be referred to as mechanisms as well, and there are two more types, namely apparent competition and scramble competition.

Apparent competition: This happens when there is a common predator of two or more species that compete so that they are less accessible as a prey.

Scramble competition: This happens when the resources are not sufficient to meet the needs of each of the competing species.

• As a result of it, there may be limitation in population sizes, and a change in communities and evolution of the species that are involved in the same.

• According to the competitive exclusion principle, no two species utilizing the same limiting resources in the same manner and same space can exist together; they must move apart from each other over time so that the two species can coexist.

• In some cases, species may undergo evolution, resulting in slight changes in their niches. This would further limit the effects of interspecific competition. This can be referred to as niche differentiation.

• Although local extinction is rare when compared to competitive exclusion and niche differentiation, it does happen.

• In a dense forest, inter-specific competition may occur between the tree species inhabiting the same. This is because when there are mixed tree species, access to the resources for some may be easier than for the others. For instance, taller trees are capable of absorbing more sunlight, making it less accessible to the shorter tree species that are shaded by them.

• Wild animals such as lions and tigers contend as they hunt for the same prey, which may cause lesser availability of food resources for one among them. Furthermore, spotted hyenas (usually in a group) compete with the African Lion for food. The same also happens with brown bears and tigers. Zebras and gazelles contend for grass.

• It can be observed in oceans as well―one example being sponges and corals contending for space.

• In desert areas, the desert coyote and the sidewinger rattlesnake are known to contend for food and water.

• Interspecific competition can also be observed in small animals such as squirrels and chipmunks that tend to compete for nuts and other foods.

Based on the concept, if we try to associate interspecific competition with humans, then this kind of competition can be observed in various areas of life such as jobs, reputation, fame, etc.