A Well-defined Guide on Interpolation Vs. Extrapolation 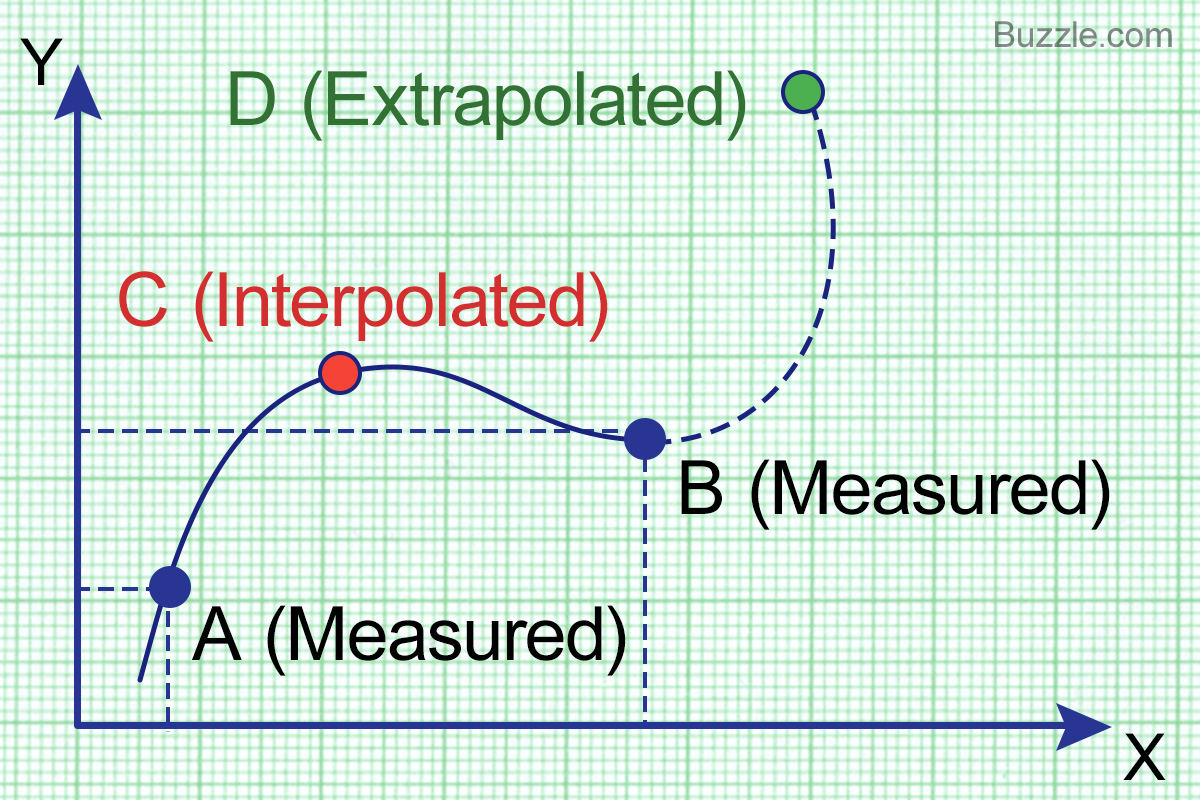 Interpolation means finding unknown data that lies within the range of given values while extrapolation means projecting known data to obtain unknown values. But this is not the only fact that sets them apart.. Join ScienceStruck as we explore the meaning, methods, and applications of each of these two techniques of numerical analysis that are very similar yet have distinct differences.

Curve Fitting, a numerical method of statistical analysis is a very good example of both interpolation as well as extrapolation.In it, a few measured data points are used to plot a mathematical function, and then, a known curve that fits best to that function is constructed. Since the shape of the fitted curve is known, it can even be extended beyond the range of given values.

Although the terms, Interpolation and Extrapolation, sound like complex scientific hypotheses, they are fundamental techniques that are used in mathematics and statistics.

In fact, they have significant applications in real world scenarios, for example: data modeling which can be used to forecast weather, stock market trends, and much more. Methods like these also form the building blocks of elaborate fields of study like Digital Signal Processing. Have you always been gripped by the detail, perfection, and captivating beauty of computer-generated design patterns? Did you know that the software used to generate these patterns also use mathematical techniques like interpolation and extrapolation to create them?

If we have succeeded in arousing your curiosity, then allow us to resolve every doubt you have ever had about interpolation and extrapolation.

What It Really Is

(def.) The numerical method of interpolation refers to the calculation of values that lie somewhere in the middle of the given discrete set of data points.

✏ A simple explanation of this concept would be to consider the graph of a mathematical function where only a few discrete plotted points are available.

✏ Drawing straight or curved lines that seem to be a good fit between each set of given points would naturally help give the graph a definitive shape resembling that of a known function.

✏ Doing this is nothing short of interpolation because the corresponding values of x and y [or f(x)] for any point, even if it has not been defined (by explicitly plotting it on the graph), can be obtained.

(def.) The numerical method of extrapolation is used to calculate points that are outside the range of the given set of discrete data points by using relevant methods of assumption.

✏ As in the case of interpolation, a graph of a mathematical function with a handful of discrete plotted points can be considered.
✏ Just like in the previous analogy, a larger set of values can be obtained by interpolating the function, either linearly or by taking help of the shape of a predictable nonlinear function.
✏ Since the shape of the graph has been defined based on a known function, the corresponding values for any point that has not only been included in the given discrete set of data points but also is beyond the scope or range of the given data, can be predicted.

Interpolation is generally done on mathematical functions by making use of curve fitting or regression techniques (the analysis of the relationship between variables).

Some methods of interpolation that are generally used are:

The interpolation which results from joining the points on the graph with a straight line is called Linear Interpolation.

It is impossible to extrapolate a set of finite data without using some method of interpolation to figure out which mathematical function can be applied as the basis to predict additional data. Interpolation using Lagrange Polynomials, or by trying to find the Newton’s Series for the data, are two common methods of interpolation that generally precede extrapolation.

Just like with Linear Interpolation, this method is built on the fact that the given data points have a linear relationship with each other.

Using any method of interpolation will not yield accurate results upon extrapolation; iterative numerical methods wherein finite distances are calculated are generally used in this technique. A befitting polynomial function that can be used for extrapolation needs to be deduced.

The historic set of curves that were standardized by renowned mathematician, Euler, can also be used in the extrapolation of certain kinds of data.

The various techniques of interpolation see their widest application in the field of engineering. Here are a few examples of real scenarios where interpolation is truly a godsend.

✏ When an analog signal (such as what you speak on the phone) is transmitted over a long distance, it needs to be converted to a digital format.
✏ Digital data is discrete rather than continuous, and hence, the signal needs to be sampled at regular intervals. 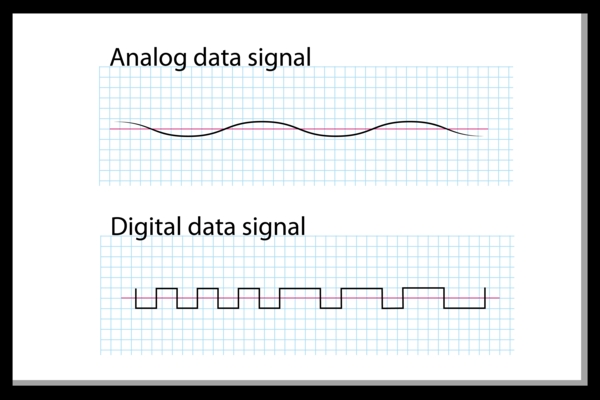 ✏ The sampled function is optimized and sent across the world through physical cables or wires.
✏ At the recipient end, once the sampled version of the signal is obtained, the original signal, obviously, needs to be reconstructed.
✏ How does one obtain the entire original signal from the bits and pieces that have been transmitted? Answer: Interpolation.

✏ For a rocket that is sent into outer space, the value of each of its parameters, like speed, acceleration, temperature, and so on, can be represented in the form of mathematical functions. Readings of these values are taken at regular intervals.

✏ In case of any unforeseen event, for example: To avert a bigger crisis of shrapnel from some explosion in space whizzing about in the rocket’s trajectory, scientists would need to have access to the values of each parameter at various specific instants of time.
✏ To obtain the values for those instants where readings were not explicitly taken, interpolation can be used.

✏ In various industries pertaining to chemicals, mechanical engineering, or material sciences, knowing the thermal and physical properties of various fluid substances is a must.
✏ Although the calculation and computation of many of these values is done with the help of software and databases, on a very high scale, the sheer volume of numbers to be crunched makes it a tedious, time-consuming process. 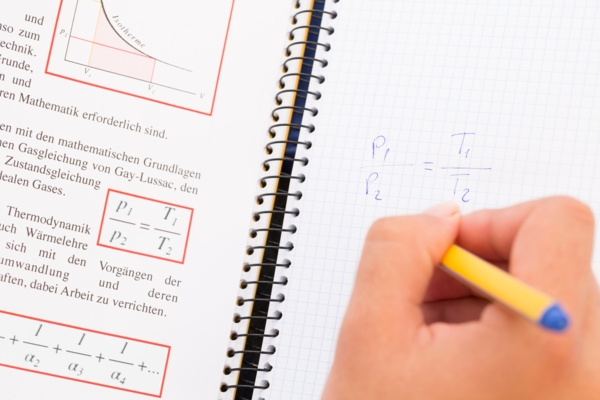 ✏ The techniques of interpolation eradicate the tedious task of calculating many values physically which in turn saves a LOT of time.

Extrapolation and prediction go hand in hand, and hence, in almost every industry whenever anything needs to be planned for the future, or with reference to projected values, extrapolation is always used.

Here are a few real examples where extrapolation is used to forecast future trends.
• It is possible to predict what the population of the world will be in any future year by extrapolating the data from the past few decades that we currently have.

• Physical data about our planet, solar system, and in fact, the entire universe can be extrapolated to predict major events including catastrophes and natural disasters. A simple example would be: studying the temperature, width, depth, and other parameters of a fault line with respect to time, and extrapolating the data to predict when an earthquake could occur.

• Virologists can extrapolate the data regarding the outbreak of a disease in a particular area, and predict the extent to which it will spread over a period of time. This extrapolated data can prove to be invaluable while designing strategies to contain the disease.

• Corporate firms use extrapolation on almost a daily basis to predict growth, profit, and other similar trends. In fact, they design their business strategies for the entire year on the basis of this extrapolated data.

• Another statistical application of extrapolation methods is the prediction of stock market trends. However, this is not recommended at all, as the extrapolated data sometimes may not match the actual situation, and can end up misleading anyone who makes decisions on its basis.

1. When audio signals are transmitted over long distances, they are susceptible to disturbance and noise. Using extrapolation techniques to predict the signal during its reconstruction, at the recipient end, can help obtain a much clearer signal.
2. The field of image processing has benefited greatly because of extrapolation. As a result of nonlinear extrapolation of data, HDTVs have the simplicity of computation.

Interpolation and Extrapolation are parallel concepts. However, if one were to decide which method is “better”, then, in terms of reliability, interpolation will always have the upper hand because it uses a sort of approximation of actual measured values in the computation of unknown values; whereas extrapolation is done on the basis of assumptions and comes with varying degrees of uncertainty. In fact, scientific papers have declared a warning to the world about the dangers of extrapolating large groups of critical data.

We hope that we were able to simplify these primary techniques of statistical analysis for you.