All About Alkyl Halides: Properties, Uses, and Much More

Alkyl halides or Haloalkanes as the name suggests are chemical compounds with a combination of halogen and alkanes.

Home / Uncategorized / All About Alkyl Halides: Properties, Uses, and Much More 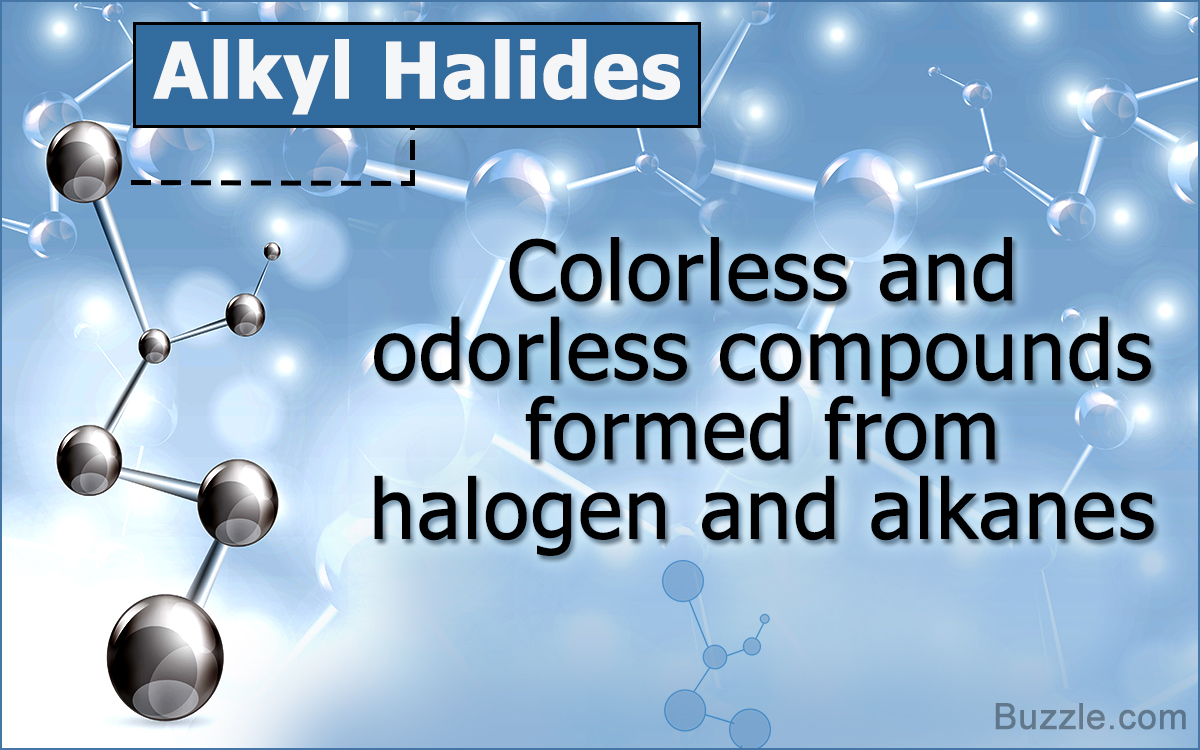 Alkyl halides or Haloalkanes as the name suggests are chemical compounds with a combination of halogen and alkanes.

Methyl iodide does not deplete the ozone layer, unlike most other alkyl halides. Hence, has been announced as the non-ozone layer depleting substance by EPA of United States.

Alkanes are compounds of carbon and hydrogen. Alkanes have the general formula as CnH(2n+2). Halogen family comprises five elements namely fluorine, chlorine, iodine, bromine, and astatine. Haloalkanes are derived from saturated hydrocarbons when one or more hydrogen atom is replaced by a halogen atom.

Although haloalkanes are derived from alkanes, there is a large difference between their structural and physical properties. If alkanes and haloalkanes containing the same number of carbons are compared, it can be observed that the boiling point of alkanes are lower than those of haloalkanes. Alkanes are non-aromatic while some of the alkyl halides have an associated smell.

Since alkyl halides are compounds formed from alkanes and halogen, they are named after their parent constituents. Consider ethane reacting with chlorine. The resultant haloalkane is called chloroethane. However, this is for a single chlorine molecule. If the number of chlorine molecules is four, then the resultant will be called tetrachloroethane wherein tetra depicts four molecules of chlorine.

Alkyl halides can be classified depending on the atom of carbon to which the halogen atom is bonded.

Two examples of alkyl halides are presented below.

Consider the chlorination of methane (CH4) as represented in the image below.

Chloromethane is toxic, colorless, pleasantly smelling, and highly flammable. It is used as weed killer, as a solvent in chemical reactions, anesthetic in medicine field, manufacture of silicon polymers, and petroleum refining process.

Consider the chlorination of chloromethane (CH3Cl) as represented in the image below.

Dichloromethane is a volatile, colorless, pleasantly smelling liquid which is insoluble with water. It is used as a degreaser, solvent for chemical processes, aerosol propellant, and heat engine (in drinking bird).

In the end, process of distillation is used to separate these products. Note that both the above reactions can take place only in presence of UV light or high temperatures.

◈ Some alkyl halides are less toxic and have high heat of vaporization.

◈ Alkyl halides are water-phobic, i.e. they repel water. Only a few of these compounds are sparingly soluble in water.

◈ Some of the haloalkanes do not conduct electricity.

◈ Haloalkanes are less flammable as compared to its component alkanes.

◈ R-F are the most stable alkyl halides. The stability in their increasing order is as expressed below. R-F << R-Cl < R-Br < R-I. This order indicates the strength of the carbon-hydrogen bond.

Alkyl halides find a variety of uses and applications in our everyday lives which have been mentioned below:

◈ They are used as cleansers for cleaning.

◈ Commercial uses of haloalkanes include its use in fire extinguishers.

◈ Ethyl chloride can be used as an agent for bringing about cooling of the skin in tropical regions.

◈ The water-insoluble alkyl halides are used as aqua-phobic solvents in chemical processes.

◈ Haloalkanes are used as propellants.

◈ CFC’s or chlorofluorocarbons are used as refrigerants in refrigerators. However, they deplete the ozone layer and are thus harmful. They can also be used for manufacturing expanded polystyrene.

◈ Dichloromethane is used in plastic welding, and as a blowing agent for foamed plastics.

Alkyl halides find wide applications in the field of chemistry. However, the fact that these compounds have serious implications on health and environment cannot be ignored. Carbon tetrachloride used as a fabric cleaner is known to cause damage to liver. Similarly, chloroform a popular anesthetic has been proven to be cancerous. Therefore, use and circulation of alkyl halides has been restricted to some extent.