Interesting Facts About the Abyssal Zone That’ll Startle You

No compilation of interesting facts about the Abyssal Zone can be considered complete without the inclusion of topics like abyssal gigantism, chemosynthesis, and bioluminescence. 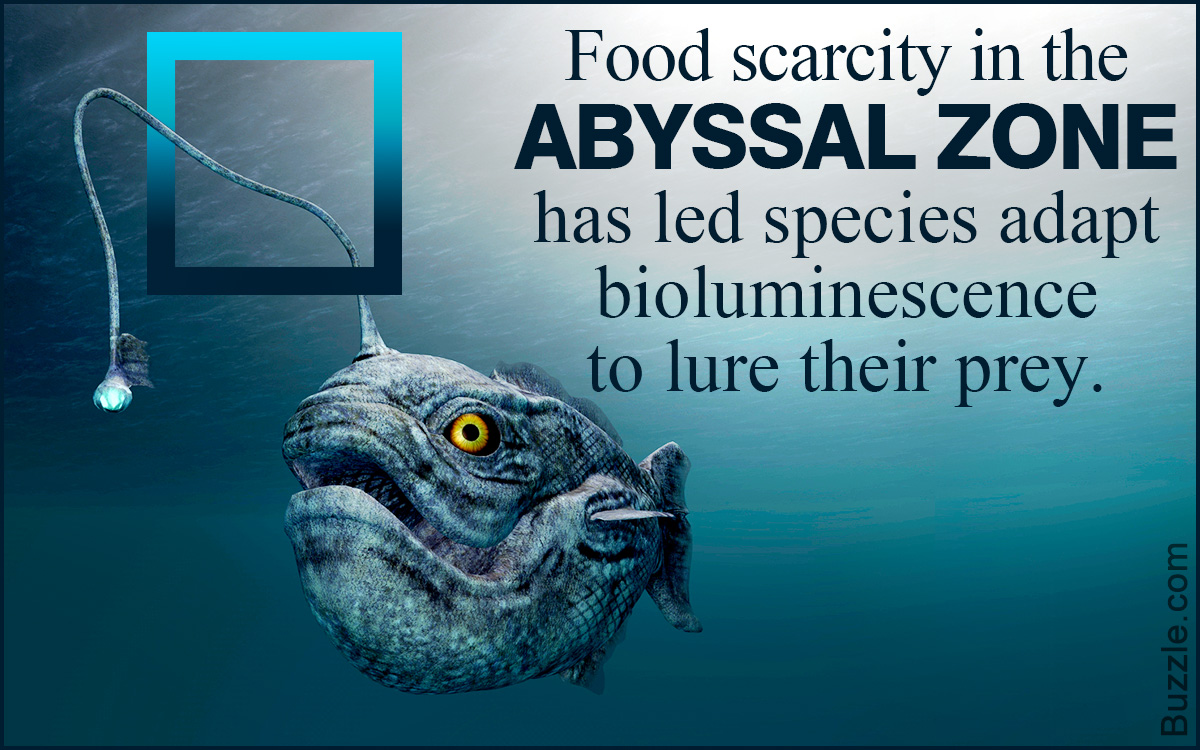 No compilation of interesting facts about the Abyssal Zone can be considered complete without the inclusion of topics like abyssal gigantism, chemosynthesis, and bioluminescence. 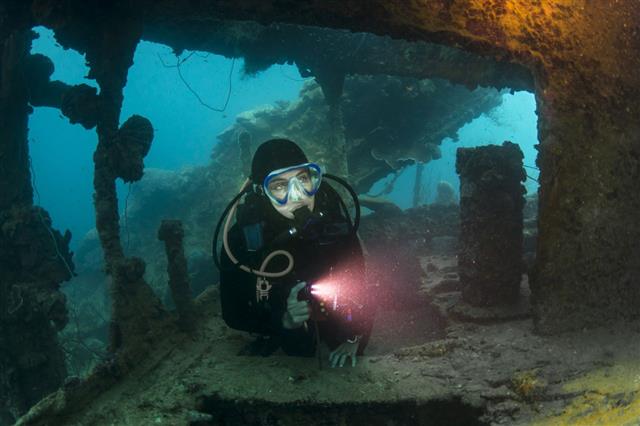 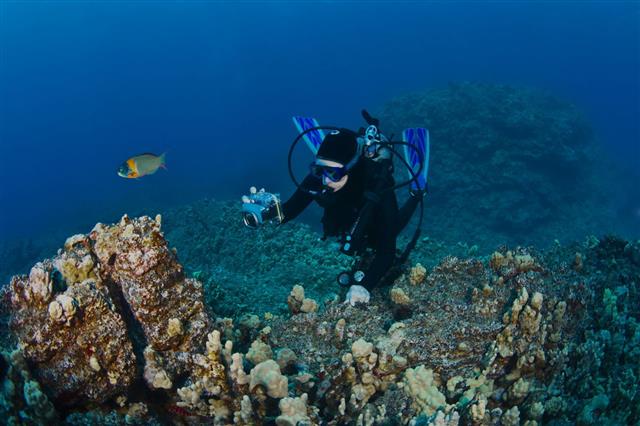 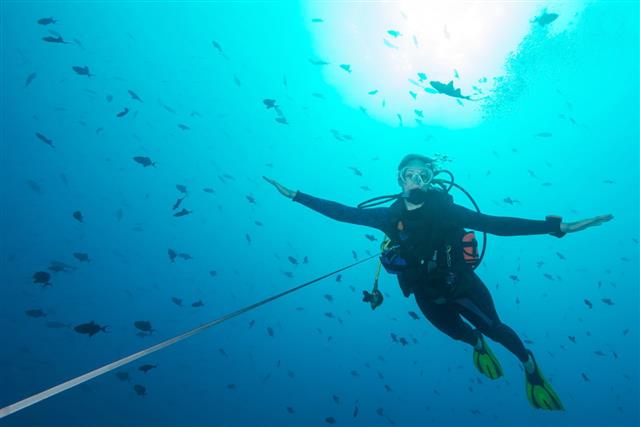 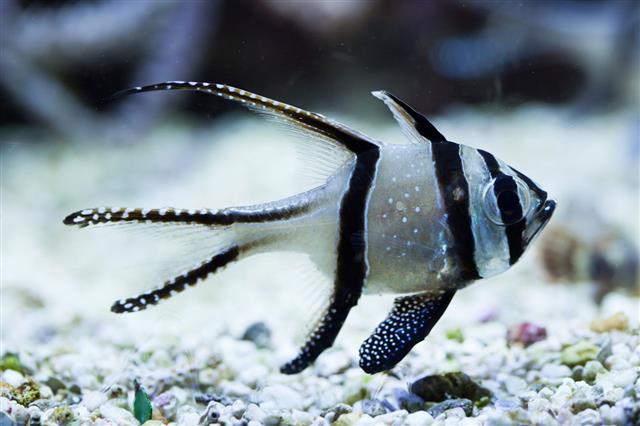 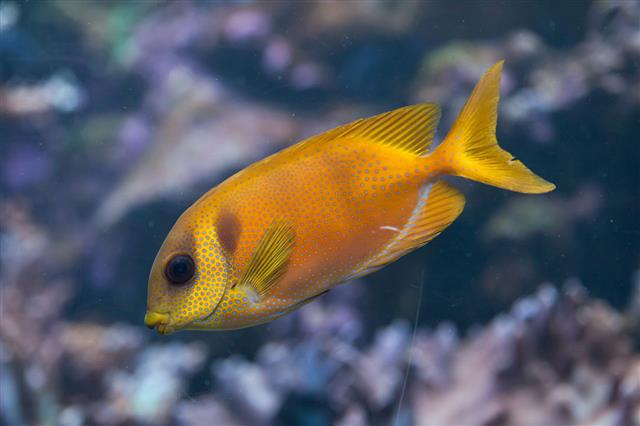 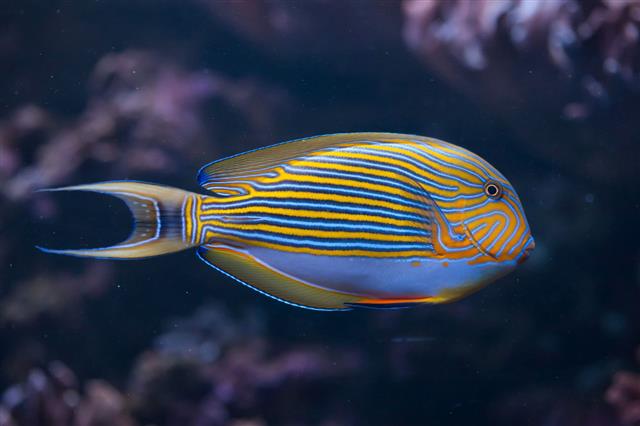 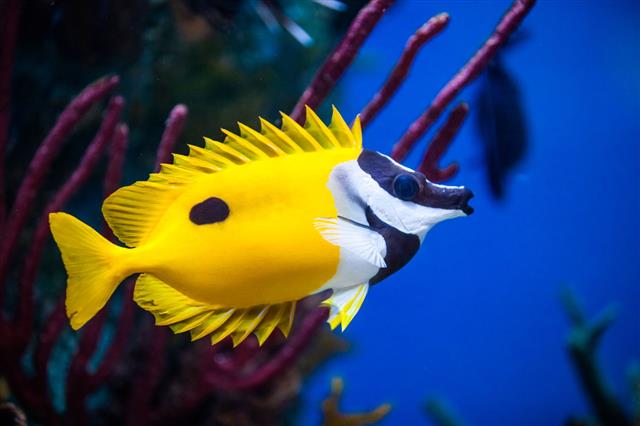 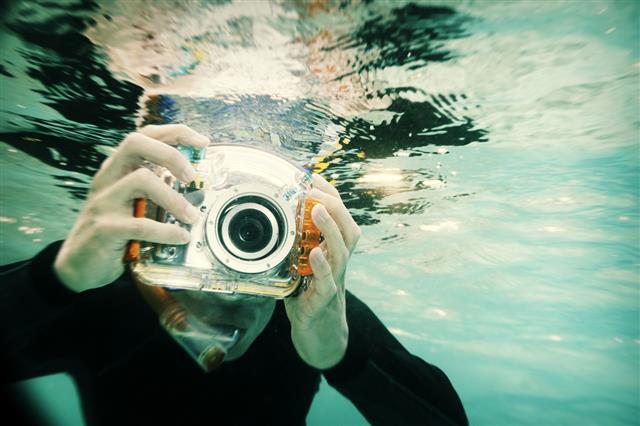 Forget universe, we are yet to explore the ocean!

That 95 percent of the ocean remains unexplored makes sense when we realize that we know so little about the life underwater.

Until mid-1800s, the term ‘deep sea’ was used for the area ‘beyond the reach of fisherman’. Things have changed considerably over the period. Today―though there is a lack of consensus―it refers to the area below the depth of 1800 m (5900 ft). Then again, until recently, we had no idea as to what was in store for us beyond a certain depth. It was this lack of information that prompted the British naturalist, Edward Forbes to claim that the possibility of life below 540 m (less than 2,000 ft) was as good as none.

It was only after we pulled off some remarkable deep sea expeditions that we realized that the dark depths of the ocean are much more fascinating than what we thought. For instance, we realized that there existed species which could withstand the extreme pressure in the deepest part of the world’s ocean, only when Swiss oceanographer, Jacques Piccard and Lt. Don Walsh of the United States Navy explored the Challenger Deep in 1959.

Over the course of time, more of such facts came to light, and researchers divided the deep sea into five pelagic layers. Of these, the largest is the Abyssal Zone, which roughly begins at a depth of 4,000 m (13,000 ft). Despite the extreme conditions prevailing in this zone, it has quite a few interesting and some unusual things to its credit.

Interesting Facts About the Abyssopelagic Zone

The Abyssal Zone, also known as the Abyssopelagic Zone or simply, the Abyss―derived from the Greek word, meaning bottomless―is the part of the ocean which is typically characterized by uniform darkness, low temperature (around 3 degrees celsius), and unique fauna.

It lies between the Bathyal Zone and Hadal Zone. It roughly starts at a depth of 4,000 m (13,000 ft) and ends at 6,000 m (19,500), which is where the Hadal Zone, named after the Greek god, Hades, begins. The latter is primarily made up of deep trenches, like the Mariana Trench of the Challenger Deep fame.

✦ Like we said earlier, it begins at a depth of around 4000 m. At this depth, it doesn’t receive sunlight or precipitation. Nor is it affected by the climate above the water surface.

✦ In the absence of photosynthesis, the oxygen content of this zone depends on the oxygen that gets dissolved into the water in polar areas and makes it to the other parts of the ocean.

✦ Its nutrient salt concentration is uniform―at times, higher than what it is in shallow water; courtesy, the dead biological matter that settles in this zone.

✦ As the pressure in the Abyssal Zone can reach 11,000 psi at times, the ability to withstand tremendous amount of pressure is a necessity. The animals inhabiting this zone seem to excel in this context.

✦ As there is no sunlight to support the process of photosynthesis, the Abyssal Zone is devoid of plants. Instead, tiny microbes, known as cormophytes, act as producers in this zone by resorting to the process of chemosynthesis and oxidizing hydrogen sulfide coming from vents in the ocean floor.

✦ As food is scarce in the Abyssal Zone, most animals resort to various physical and behavioral adaptations to survive. The humpback anglerfish (Melanocetus johnsonii), for instance, has a large mouth with long teeth, which helps it grab its prey the moment it is in close range.

✦ Other physical adaptations include gray or black color, which acts as a camouflage in the deep sea environment, and bioluminescence, i.e., the ability to produce light by physiological processes, which helps the species lure their prey.

✦ Most species found in this zone are ambush predators, who wait for their prey to come to them, instead of expending energy chasing them. For these species, bioluminescence definitely comes as a blessing in disguise.

✦ In what is referred to as abyssal gigantism, species found in these dark depths of the ocean are known to be larger than the related species in shallow water. At 12 – 14 m (39 – 46 ft), the colossal squid (Mesonychoteuthis hamiltoni), for instance, is much larger than any shallow-water squid species.

✦ Tubeworms are best suited for the conditions prevailing in the Abyssal Zone. They don’t have mouth or digestive system. So they absorb inorganic compounds through their skin and depend on bacteria in their body for food.

✦ This zone is characterized by the presence of hydrothermal vents, also known as black smokers that release toxic chemicals. Interestingly, the area around these vents is known for its rich biodiversity. The organisms found here resort to chemosynthesis for energy.

The Abyssal zone is among the least-studied zones of the ocean, but that doesn’t mean it’s free from human intervention. That’s simply not possible with all that pollution we are causing. The problem perhaps, is that we don’t realize the extent of damage we can cause to this zone, or we have already caused for that matter. What we need to realize, is the fact that the ocean is a single unit and anything we drop in it will simply keep moving within and affecting lifeforms that come in contact with it. After all, who would have thought that the rubber ducks that were lost in the Pacific would go around the continent and reach the east coast? 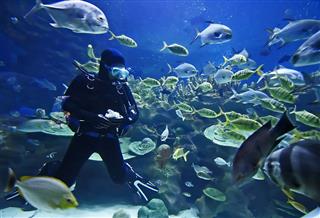 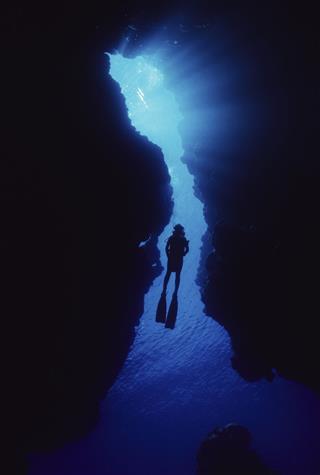 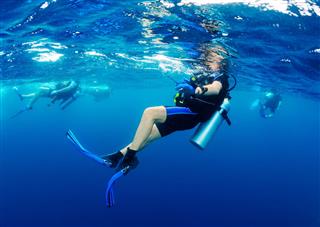 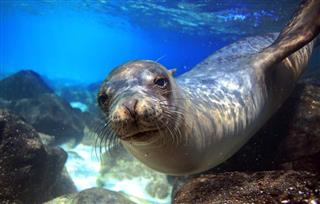 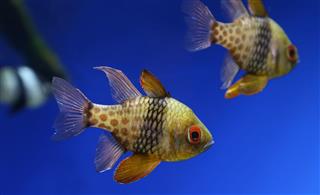 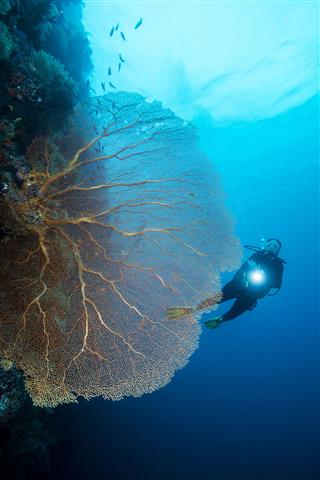 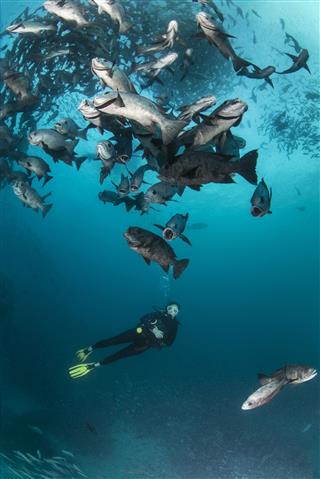