Amazing Facts about the Jurassic Period

The Jurassic Period instantly reminds us of dinosaurs, but there were many major events that make it an interesting period. Browse through some amazing facts about this period, which existed around 145 million years ago, in this ScienceStruck article. 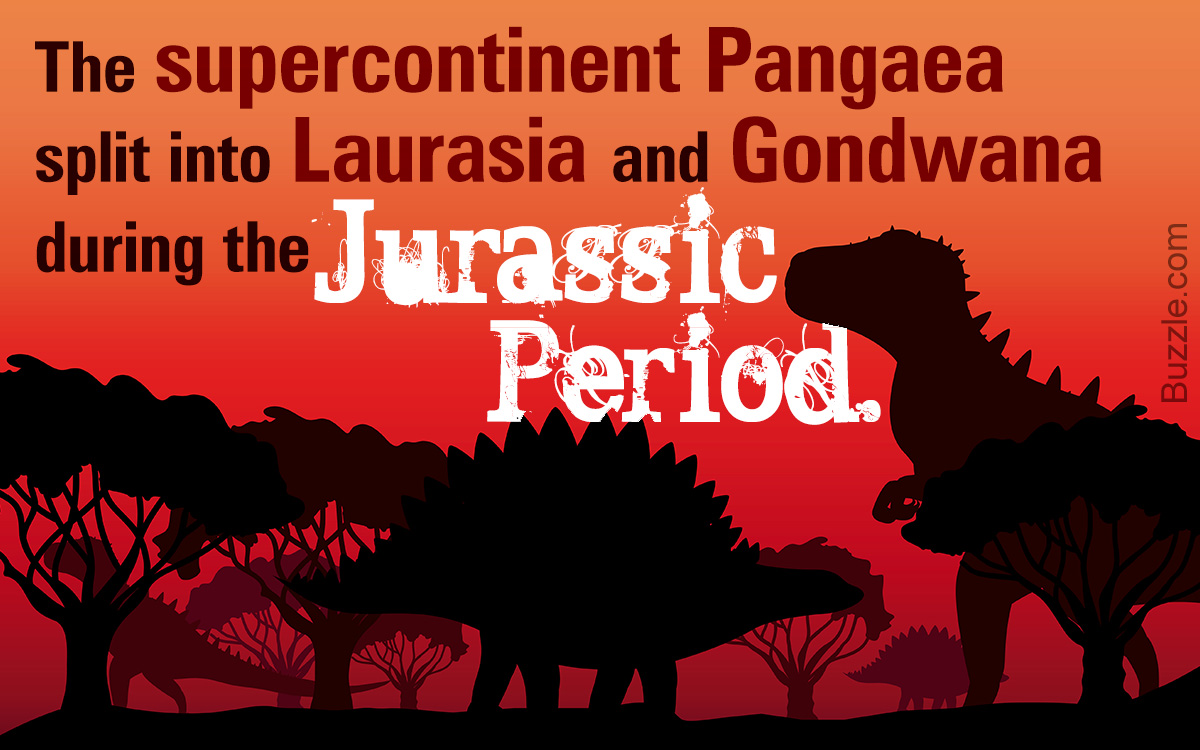 The Jurassic Period instantly reminds us of dinosaurs, but there were many major events that make it an interesting period. Browse through some amazing facts about this period, which existed around 145 million years ago, in this ScienceStruck article.

The first dinosaur to be officially named was the Megalosaurus. It was named in the year 1824 by Dr. William Buckland.

The Mesozoic era is also called The Age of Reptiles. It is subdivided into three major periods: the Triassic, Jurassic, and Cretaceous. The Jurassic Period extended from 201.3 million years to 145 million years ago. The period is named after the rock strata found in the Jura Mountains on the border between Switzerland and France. This period can be called the most interesting period of the Mesozoic era. Many major events took place during this period. Some of them are the continental split, appearance of true birds, dominance of dinosaurs, and formation of new oceans. 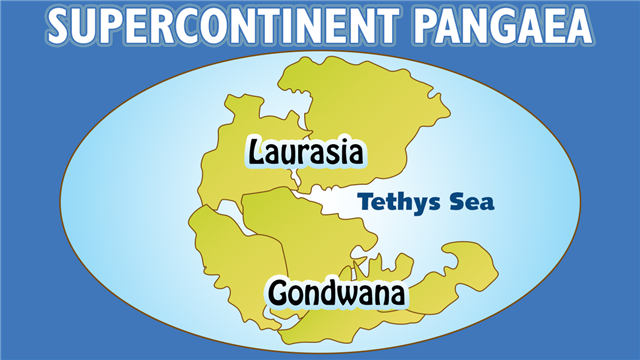 ▶ Pangaea was formed around 300 million years ago, and was the first reconstructed supercontinent.

▶ A very significant event of the Jurassic Period was the division of the supercontinent Pangaea into two different continents. The Northern part is called Laurasia, whereas the Southern is Gondwana.

▶ North America, Europe, and Asia formed Laurasia, and Gondwana was made up of South America, Africa, India, Australia, and Antarctica. The drifting continued throughout the Jurassic Period, and led to the formation of new oceans, which in turn caused major flooding.

▶ Tethys Sea, which existed between Laurasia and Gondwana, closed up, and the Atlantic Ocean was formed as a result of this rifting.

▶ Initially, the climate was very dry, and there were many volcanic eruptions due to continental drifting. But, slowly due to the formation of new oceans, the climate became milder, and moisture increased.

▶ The arid deserts were replaced with lush rainforests and tropical forests. The climate was ideal for the growth of aquatic and terrestrial life.

▶ Continental drifting along with warmer temperatures resulted in the dominance of reptiles such as dinosaurs and marine crocodiles. Initially, the dinosaurs were smaller in size, but later they grew bigger.

▶ They were herbivorous as well as carnivorous. Some were two-legged, while others were four-legged. Dinosaurs ranged in size between 1 foot and 200 feet, and in weight from between 2 lb. to over 120 tons.

▶ Sauropods were the largest dinosaurs; in fact, they were the biggest organisms to have lived on the earth. Brachiosaurus, Diplodocus, and Apatosaurus are some of the genera of sauropods. They are also called lizard-footed or lizard-hipped dinosaurs. Sauropod fossils have been found in each and every continent of the Earth.

▶ Theropods such as Ceratosaurus, Megalosaurus, Torvosaurus, and Allosaurus were also present. Archaeopteryx, a modulation between feathered dinosaurs, and modern birds evolved in the late Jurassic. Birds descended from theropods. Pterosaurs were flying reptiles that ruled the skies during this period.

▶ The oceans were dominated by fish and marine reptiles. Marine reptiles like ichthyosaurs, plesiosaurs, pliosaurs, and marine crocodiles were prominently found in this period. Planktonic organisms appeared for the first time in the Jurassic Period.

▶ Early mammals were very small, and lived as undergrowth. Some of them were tritylodonts, lizard-like sphenodonts, and early lissamphibians. The first salamanders and caecilians also evolved during this period.

▶ Gymnosperms like conifers and Ginkgo were prominently found. Conifers were the dominant flora of this period.

▶ Lush jungles started developing with a change in climate. Smaller ferns were the prevailing undergrowth.

▶ Araucariaceae, Cephalotaxaceae, Pinaceae, Podocarpaceae, Taxaceae, and Taxodiaceae are some of the conifer families that flourished.

▶ Gingko plants were more common in the higher latitudes, but white Gingkos were very rare.

▶ Many different species of cycads were found.

Overall, we can say that the Jurassic Period was a very “happening” period. Many new organisms were formed, and some evolved too. It is one of the most significant time periods and a rather interesting one.