How to Use a Protractor to Measure and Draw Angles? Facile Tips 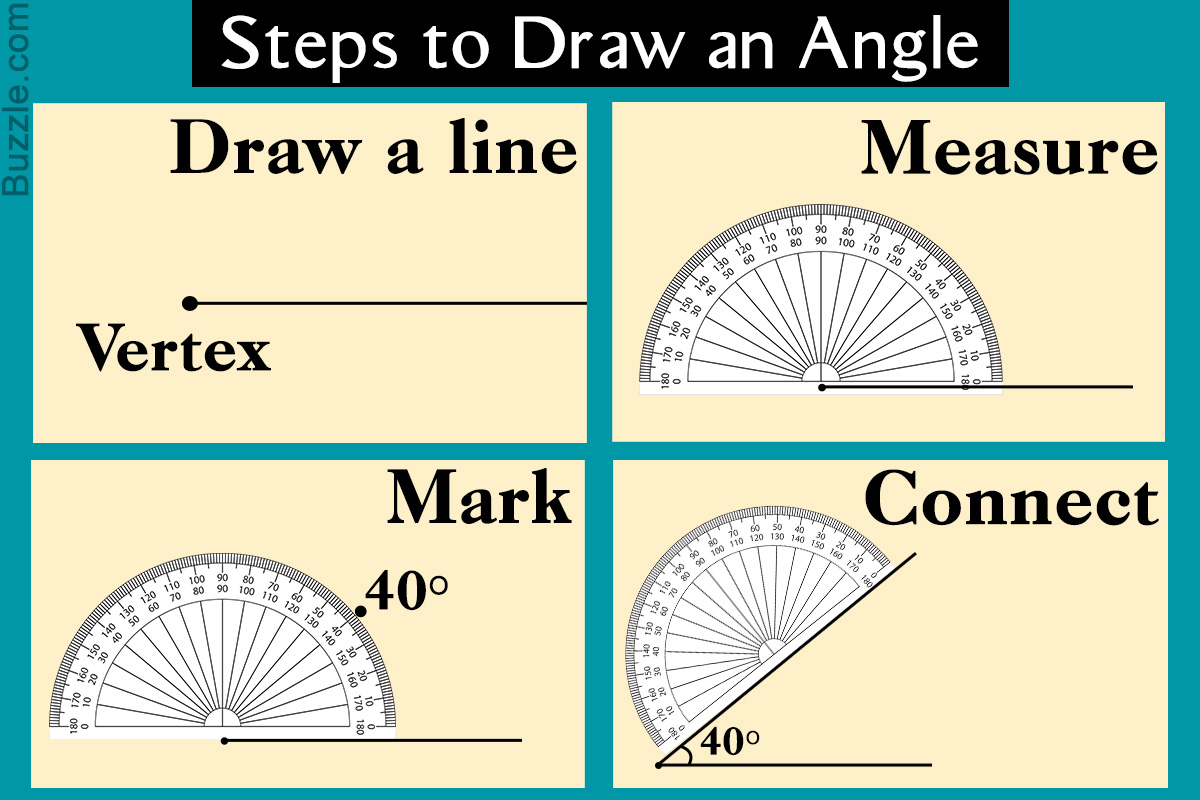 A protractor is an instrument used to measure or draw angles. Most protractors are either circular or semicircular, and are typically made of transparent plastic for better precision. Here are some step-by-step instructions, provided by ScienceStruck, on how to use a protractor.

Most protractors measure angles in degrees, whereas a few also measure them in radians. The latter are popularly referred to as radian-scale protractors; and are used for complex, mechanical figures; especially in the field of engineering or architecture.

Let’s begin with learning to draw an angle using a protractor, and also learn how to measure already drawn angles. Additionally, we’ll also teach you to draw or measure angles more than 180° using a regular semicircular protractor. Take a look!

How to Use a Protractor to Draw an Angle

Drawing an angle using a protractor is very simple. All you need is a pencil, a sheet of paper (ruled/unruled), and a ruler (optional). Let’s start.

STEP 1
Draw a line segment (having two vertices) or ray (with one vertex). Do remember to properly mark the vertex upon which the proposed angle would be drawn. This will help you to easily spot it through the protractor.

STEP 2
Decide the degree of your angle. Once decided, place the protractor over the marked vertex, such that the protractor’s mid point and the vertex are aligned (refer to the illustration).

STEP 3
Once aligned, hold the protractor steady, and mark the desired angle with a point. To measure an angle you’ll have to begin with 0° (the angle of your line), and count upwards till you see the value of your desired angle. Most protractors have reversible readings, which means you can begin with zero on both sides.

STEP 4
Once you have marked your desired angle, join the vertex (used to draw the angle), and the marked point. You could either achieve this by using a ruler or the straight edge of the protractor. That’s it! You’ve successfully drawn an angle using your protractor.

How to Use a Protractor to Measure an Angle

Measuring is even easier than drawing. Let’s see how.

STEP 1
Place your protractor on the connecting vertex of a previously drawn angle.

STEP 3
Once you measure the angle, write the reading between the two lines (as shown in the illustration).

How to Draw Angles Exceeding 180° Using a Semicircular Protractor

Although drawing angles more than 180° using a regular semicircular protractor may seem like a tough job, it isn’t so. You can learn this in four simple steps. Here they are.

STEP 1
Begin by drawing a line such that you leave ample space at the top and bottom of the line. Then, mark a vertex, and measure 180° using your protractor.

STEP 2
Once measured, draw a dotted line from the vertex to the marked point.

STEP 4
After you’ve marked the said angle, draw a line connecting the vertex and the marked point. Then, flip the paper, and you have your desired angle exceeding 180° without using a circular protractor.

How to Measure Angles Exceeding 180° Using a Semicircular Protractor

STEP 1
Place the protractor on the vertex of the base line, and draw a dotted line for 180°.

STEP 2
Flip the paper, keep the protractor on the vertex, and measure from the dotted line to the angle line. Now, add the acquired angle to 180°. For example, if you counted 20° from the dotted line, the reflex angle measures 180 + 20 which is 200°.

This is how you can use a protractor to measure as well as draw angles, quickly and easily. Make good use of this guide and score good grades in geometry. Good luck!