How to Find the Magnitude of a Vector (With Examples)

To find out the value of any given vector component, it is necessary to find out its direction as well as magnitude. We, at Buzzle, have described the method to calculate the magnitude of a given vector. 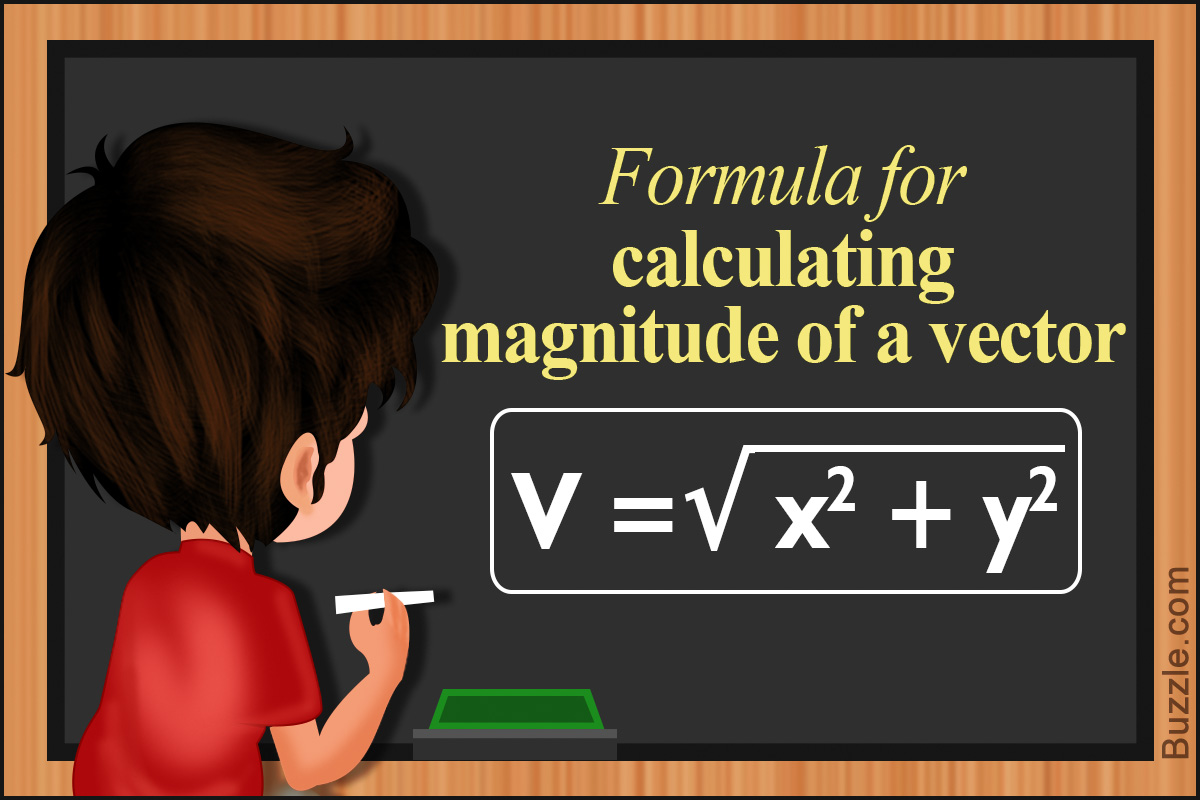 To find out the value of any given vector component, it is necessary to find out its direction as well as magnitude. We, at Buzzle, have described the method to calculate the magnitude of a given vector.

The vector with magnitude equal to 1 is known as a unit vector.

Vectors are used to describe the quantities that define motion. The quantities like momentum, force, velocity, etc., have a fixed direction. The vector component of these quantities give the direction as well as the magnitude.

Magnitude of the vector represents the displacement of a quantity from its origin. Thus, to describe a vector completely, the magnitude as well as direction is needed. Let us see some examples to calculate the magnitude of a vector.

The notation for magnitude of a vector is two vertical bars.
| x |
To avoid confusion with absolute value, the magnitude X can also be written as;
|| x ||
However, the double bar notation is not used frequently.

The magnitude of a vector, v = (x,y), is given by the square root of squares of the endpoints x and y.

Thus, if the two components (x, y) of the vector v is known, its magnitude can be calculated by Pythagoras theorem.

If you have a vector (A,B) such that the components A and B are endpoints of the vector with coordinates A(x1, y1) and B(x2, y2), the vector magnitude is given by;

Now let us take a look at a few examples that will help you understand the concept better.

The aforementioned examples are for the vectors in 2D form. However, if you have to calculate vector magnitude in 3D space, you cannot use this formula. To calculate magnitude of u(x1, x2, x3), the correct formula is;

Let us solve a few vectors in 3D space examples.

The magnitude of vector c is 6.16 units.

Thus, the magnitude of the given vector is 2.44 units.

Thus, 6.7 units is the magnitude of the given vector.