Understanding How Does an Ancient and Modern Catapult Work

A catapult is an extremely helpful mechanical machine that is used for the purpose of throwing objects over distances. But how does a catapult work? Read on this ScienceStruck article to seek answers about this unique device.

Home / Uncategorized / Understanding How Does an Ancient and Modern Catapult Work

A catapult is an extremely helpful mechanical machine that is used for the purpose of throwing objects over distances. But how does a catapult work? Read on this ScienceStruck article to seek answers about this unique device. 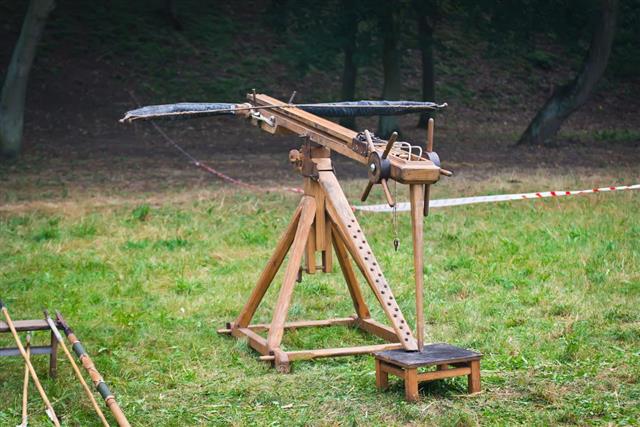 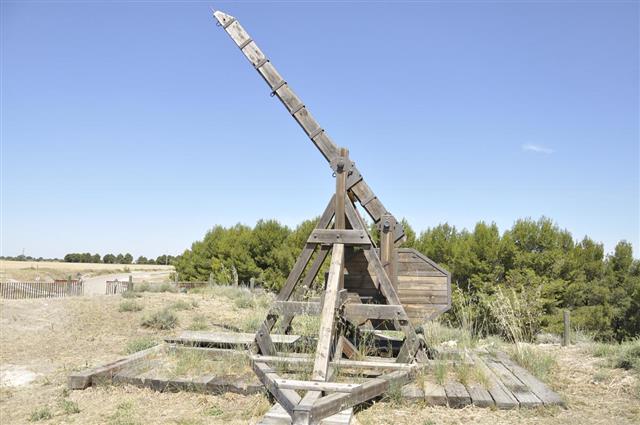 One of the most prominent mechanical instruments in use since ancient times is the catapult, also referred to as a ‘bucket’. A catapult is a mechanical setup that consists of certain parts that help in throwing objects into the air over long distances. The term is derived from the Greek words ‘kata’ and ‘pultos’ which refer to ‘downward’ and a ‘small circular shield’ used in battle respectively.

In olden times, these were used for hurling huge stones on forts at distances. Even during the World War I, soldiers used this concept to throw grenades and bombs at their enemies. Surprisingly, this technology is also used on navy ships to aid airplanes take off at high speeds in shorter distances. Earlier, these systems were hydraulically operated, whereas now steam-operated catapults are used.

How Does a Catapult Work

A catapult is a mechanical device that is kind of a bigger version of the slingshot. It has a basket at the end of a sturdy arm that slings rapidly with the release of tension to throw the object placed on the arm. Springs or twisted ropes are used in the setup to provide tension to the pulled-down arm. After the object to hurl is placed in the arm, the bindings that hold the arm down are released, causing the arm to rapidly move, thus hurling the object at a distance.

The energy is stored in bindings that secure the arm down, and is then transferred to the arm. The distance that the thrown object covers is believed to range from around 150 to 300 meters, if not more. Simple catapults are one or two feet tall, whereas those of the olden times were as tall as a two-story building and weighing a couple of tons.

How Does an Aircraft Catapult Work

Modern catapults include those used on navy ships for the purpose of fighter plane assistive takeoff. They have large pistons and are around 300 feet long. These advanced technical systems help aircraft gain a takeoff speed of approximately 160 knots in just two seconds. The piston is situated underneath the deck and a track on the deck, which mainly do the job. The piston, through the track, is connected to the nose gear on the jet plane. At the time of launch, steam pressure builds up at the piston setup, with a release bar holding the plane. This bar then releases, which causes the piston to pull the plane on the track line at high speed.

Traditionally, there are two mechanical devices that work on the same platform as catapults, which are ballistas and trebuchets.

Ballista is considered a device that blends the working of a catapult and a bow together. The setup consists of a strong structure on which rope springs are placed in the V-shaped manner. In most cases, a pointed projectile is placed on the middle strip with tensioned strings situated at the end. There are ratchet pulls which can be used for adjusting the release pin back into place.

A trebuchet is yet another mechanical equipment that propels objects. It consists of a big heavy frame on which there is a long arm, with one end holding a counterweight and the other the sling and object. There is a guide chute which enables the arm to move in a straight manner. When the counterweight is lowered rapidly, the arm is shot with great force. After the counterweight reaches its lowest limit, the arm stops at a point. However, the sling on the arm keeps on moving till a point when the release pin is set off. This finally releases one end of the sling off the arm, causing the rock to be thrown at the desired target.

In the catapult history, there have been many other weapons which were used for hurling objects at distances; like onager, mangonels, springalds, and so on. Most of these machines work in the same way as conventional catapults. Practically, any mechanism that allows an object to be thrown over a distance can be referred to as a catapult. 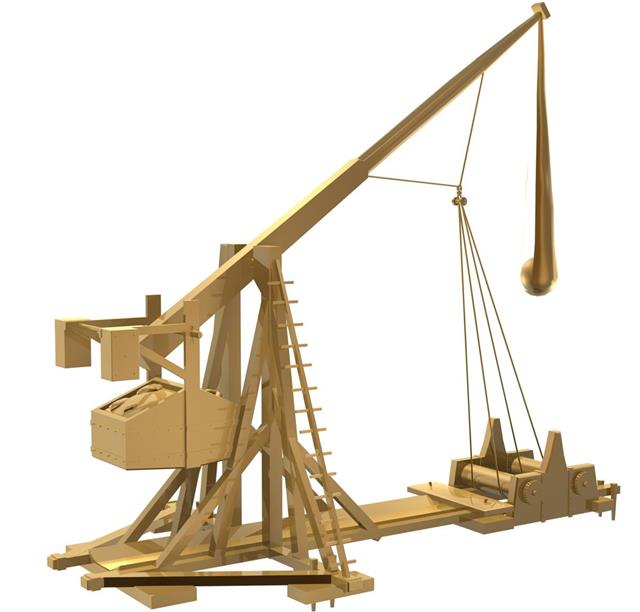