A Detailed Explanation of How Underwater Volcanoes are Formed

Underwater volcanoes, also known as submarine volcanoes, are natural calamities of very high intensities that are capable of destroying life whenever they occur. However, sometimes beautiful islands are formed due to volcanic eruptions and that could be a possibility of beginning of life. Know how underwater volcanoes are formed in this ScienceStruck write-up.

Home / Uncategorized / A Detailed Explanation of How Underwater Volcanoes are Formed 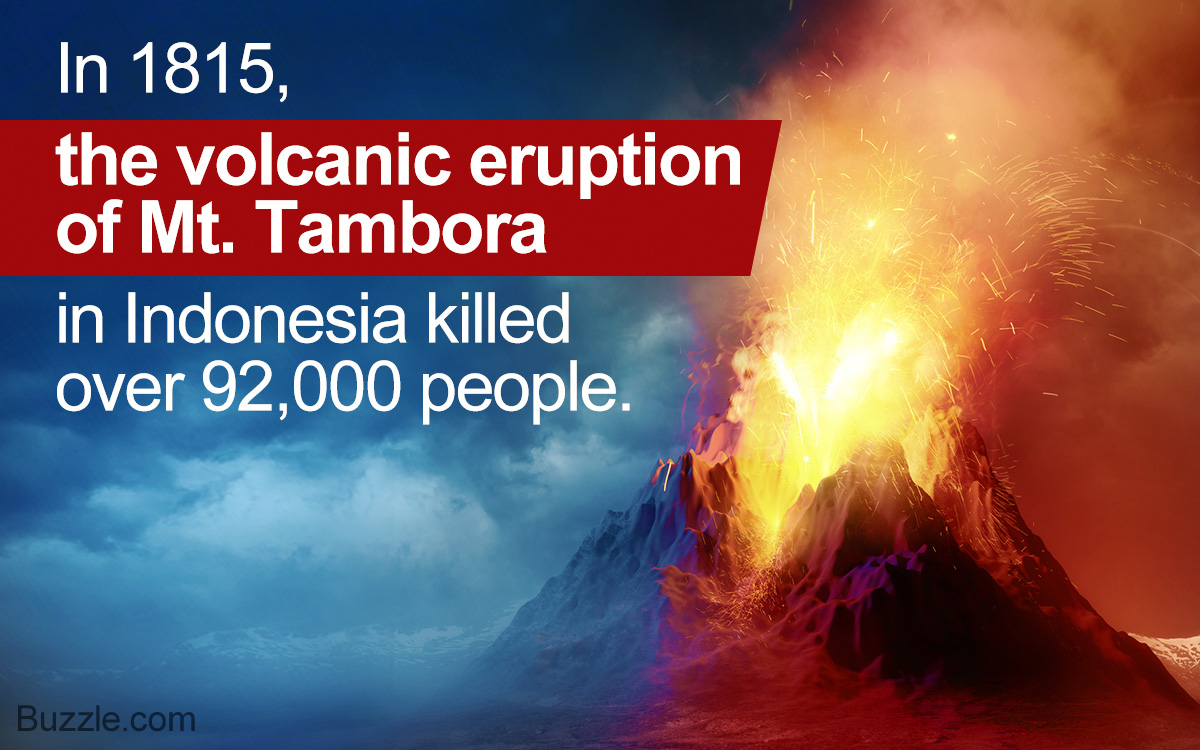 Underwater volcanoes, also known as submarine volcanoes, are natural calamities of very high intensities that are capable of destroying life whenever they occur. However, sometimes beautiful islands are formed due to volcanic eruptions and that could be a possibility of beginning of life. Know how underwater volcanoes are formed in this ScienceStruck write-up.

The beautiful and scenic islands of Hawaii in the United States were formed due to heavy underwater volcanic activities in the Pacific Ocean. If not for underwater volcanoes, the Hawaiian Islands would not have seen the light of day!

The biggest underwater volcano that is active today is the Kolumbo in the Aegean Sea in Santorini island, Greece. Its last eruption happened in 1650. The eruption was so huge that it affected areas within a radius of 150 km of its vent.

At convergent plate boundaries, the plates shift towards each other and collide. This high degree collision forms underwater volcanoes. When two plates collide, one of the two plates subducts beneath the other and oceanic trenches are formed. This causes the underlying magma in the mantle to erupt, but the water and pressure released by the subducting plate cools off the hot magma and causes it to solidify. On reaching the surface, volcanoes are formed. Following are the types of plate convergences:

When two oceanic plates collide, the heavier plate of the two submerges beneath the lighter into the mantle. This process is called subduction, and the area is known as a subduction zone. The subduction causes some of the rocks above the subduction zone to melt and causes the magma to rise, which in turn, leads to the formation of underwater volcanoes. Aleutian, Kuril, Japanese, Solomon, Philippine, Mariana, Tonga-Kermadec–all in the Pacific ocean–are some examples of submarine volcanoes formed due to oceanic-oceanic plate convergence.

This phenomenon is characterized by the collision of an oceanic and a continental plate. When the two plates collide with great force, the plate of the oceanic crust dives beneath due to subduction, and risen arcs or underwater volcanoes form on the plate of the Earth’s crust. A classic example of this kind of development occurs along the western coast of South America where the oceanic crust’s Nazca plate subducts and dives beneath the continental South American plate.

During the collision of two continental plates, the plates get compressed, or in a few cases, one plate cuts into the other (which is called subduction). This gives rise to extensive mountain ranges. The most accurate example of this is the formation of the Himalayan ranges, wherein the Indian plate is pushed under a part of the Eurasian plate, raising it to create the Himalayas and the Tibetan plateau further along its space.

Divergent plate boundaries are regions where a new oceanic crust is formed because of two plates or crusts drifting away from each other due to convection currents in the water. When these plates are pulled away from each other, a rift is created between them. The magma that lies beneath the crust rises through the rift slowly and gradually. Over a period of time, layers of lava pile up, forming underwater volcanoes. These volcanoes erupt only very mildly. The Mid-Atlantic ridge is the most common and well-known example of a ridge that was formed at a divergent boundary. The distance of this ridge ranges from the Arctic Ocean to almost the southernmost tip of Africa. Divergence of plates occurs only if the two plates belong to the same class, either oceanic-oceanic or continental-continental.

This phenomenon involves two oceanic plates that drift away from each other due to the underlying convection currents and presence of water that exerts huge amount of pressure on these plates. When the two plates drift apart, cracks or rifts are formed which are filled by molten magma that rises and finds its way into the rift. This molten magma, due to the presence of water, solidifies very quickly, thus forming underwater volcanoes or volcanic islands. The Mid-Atlantic ridge is an example of a volcano that was formed due to oceanic-oceanic plate divergence.

In the continental setting too, divergence occurs, leading to the formation of oceans.

Continents are stretched and the crust is thinned, giving rise to a rift valley.

Continents break up into two, and the edges are uplifted. Basalt eruptions lead to the formation of the oceanic crust.

Hotspots are specific points within the tectonic plates characterized primarily by:

Hotspots are capable of creating volcanoes or classes of volcanoes (shield volcanoes) on the oceanic crust, continuously. Volcanic hotspots are created when lava of extremely high temperature generated by the outer core of the Earth’s crust moves upwards in a stream and forms a layer on the ocean floor. Continuous eruption of lava and constant deposition of it on the ocean floor leads to the formation of layers that can sometimes rise above the water’s surface. These are capable of rising high enough above the water surface to form volcanic islands.

The greatest example of all time is that of the Hawaiian Islands which were created due to volcanic eruptions from a hotspot that is located in the middle of tectonic plates. The position of a hotspot, that is in the middle of a tectonic plate, remains constant. However, the islands formed over this hotspot move away and new islands are formed over the hotspot once again. Snake River Plain and Yellowstone Caldera are other examples of islands that are formed over hotspots.

Volcanic eruption that happens underwater is the same as that which happens on land. However, the intensity with which the eruption occurs varies variably and is milder in case of underwater volcanoes. Volcanic eruptions in shallow waters shoot rocky debris, lava, and other volcanic material high above the surface of the seas. Volcanic eruptions that occur in deep seas and oceans do not differ in intensity; however, the depth at which they lie on the ocean crust is too large. The weight of the water above these eruptions prevents them from expelling the rocky debris and lava in an explosion. In case of large underwater volcanic eruptions, the lava that erupts, solidifies immediately after it comes in contact with the water surrounding the eruption. These eruptions go on accumulating vertically and become so huge that they might rise above the water surface and form what are known as volcanic islands.

In a land volcano, the liquid lava that erupts, reacts actively with the air, changes to gas, and later solidifies. Continuous eruptions like these form layers and lead to the formation of huge mountains around the volcanic vent. On the other hand, the pressure of the water under is much higher than the pressure of the air which leads to very large underwater volcanic eruptions. In an underwater volcano, the lava that erupts moves in an upward direction due to its buoyancy. The water has a cooling effect on this liquid lava which causes it to solidify rapidly. Underwater volcanoes are much taller than surface volcanoes.

For almost 25 years now, scientists have tried hard to capture an underwater volcanic eruption on camera and have finally succeeded in doing so. It is their belief that analyzing underwater volcanoes further will give them a clear insight into: (i) the ways of life and adaptation styles in such extreme conditions; (ii) how heat travels from inside the Earth to its surface; and (iii) excessive understanding of different component (oxygen, sulfur, etc.) cycles in the oceans.

The Earth is an amazing planet, and it never ceases to surprise us. A lot about underwater volcanoes still needs to be understood and comprehended. Although scientists may believe that the causes, formation, and volcano-prone regions of underwater volcanoes have been thoroughly evaluated, many unexplained phenomena still need to be gaged. 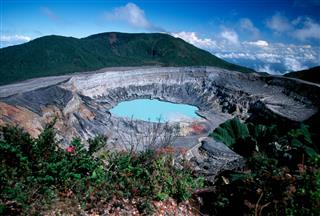 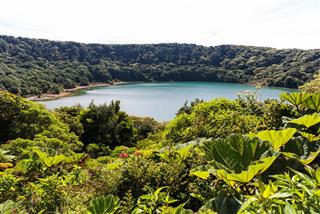 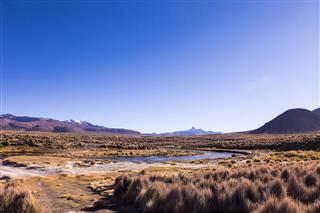 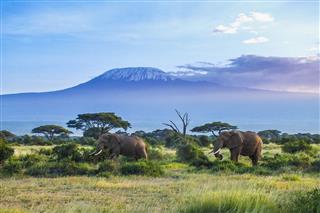 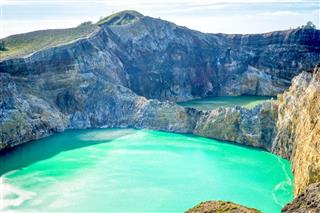 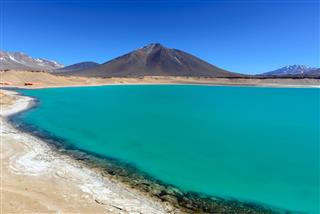