A Summary of the Long History and Colorful Evolution of Fireworks

The credit for inventing fireworks goes to the ancient Chinese people. The first man-made firework was a far cry from the modern-day version, which offers a multicolored visual treat to the audience. Let us go through the evolution of fireworks through the centuries. 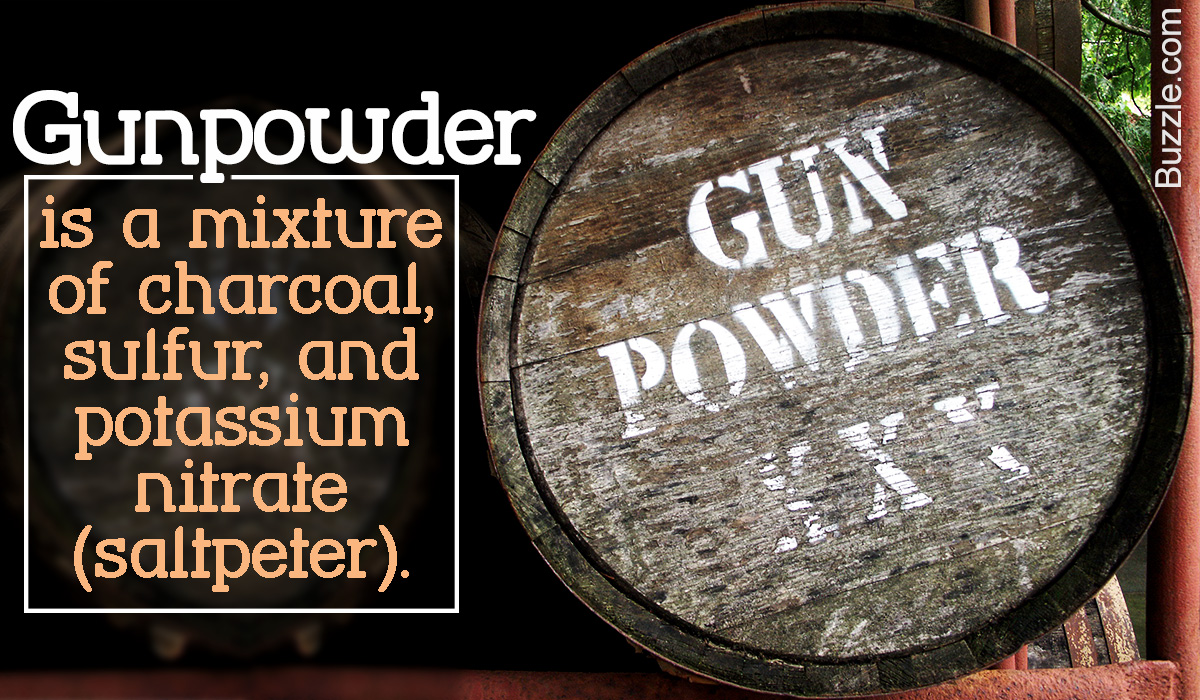 The credit for inventing fireworks goes to the ancient Chinese people. The first man-made firework was a far cry from the modern-day version, which offers a multicolored visual treat to the audience. Let us go through the evolution of fireworks through the centuries.

It is believed that fireworks originated in China. Around 200 B.C., even before the invention of gunpowder; the Chinese people used green bamboo in the bonfire for its crackling sound. The green bamboo has air pockets, that expand due to heat from the fire, and eventually explode. This bursting bamboo was supposed to scare away evil spirits. They continued with this practice for a very long time, until the invention of gunpowder.

There are two stories behind the origin of gunpowder. According to local tales, a precursor to gunpowder was discovered 2,000 years ago, by a cook. The cook, while working in a field kitchen; accidentally mixed charcoal, sulfur, and salt peter (potassium nitrate), which were then commonly used for culinary and medicinal purposes. He then ignited this black mixture, and found that it burnt in flames. The mixture exploded, when stuffed in a bamboo tube and burnt.

It is also contended that gunpowder was discovered by alchemists somewhere between 600 to 900 A.D. These alchemists, while experimenting to discover the immortal pill, came across a mixture, which created a very hot and bright flame, when heated over fire. The mixture contained salt peter, sulfur, honey, and arsenic disulphide. Though the mixture was not as powerful as the modern-day gunpowder; it created a huge flame, which burnt down the shack, where the alchemists were working. Even today, the Chinese people consider Sun Simiao (581-682 A.D.), an alchemist as well as a pharmacist, as the father of gunpowder.

It is believed that the first firecracker was discovered during the period of Song Dynasty (960-1279 A.D.). This period coincided with the manufacture of cheaper paper from bamboo. Firecrackers were made by rolling paper in the form of tubes, which were filled with gunpowder, and fixed with fuses. A Chinese monk named Li Tian, who lived near the city of Liu Yang in the Hunan Province, is considered the father of firecrackers. It is said that Li Tian invented firecrackers 1,000 years ago. Even today, the Chinese people offer sacrifices to this monk on April 18, to commemorate the invention of firecrackers.

During the thirteenth century, an explorer named Marco Polo introduced Chinese gunpowder to the Europeans. Europeans concentrated more on the military uses of this gunpowder. They started making rockets, canons, and guns. From the fifteenth century, fireworks were used to celebrate victory in wars. It was the Italians who started making fireworks from black powder. They used their creativity and developed fireworks as an art form. Through the centuries, fireworks underwent numerous changes.

While Italy concentrated on developing stunning displays, Germans were into scientific advancement. Fireworks became popular in England during the sixteenth century. Before the American revolution, people had started using fireworks. Officially, fireworks formed a part of the Independence Day celebrations of America in 1777.

Italians added powdered metal and charcoal to military rockets, and made fireworks with golden and silver-colored sparks. They also made aerial shells, which could go up in the air, and burst into an array of colors. They produced a slow-burning gunpowder mix, which could be put in an open-ended tube, to create a shower of multicolored sparks, when lit. Rocket engines were used to rotate wheel-like frames for circular sparks.

Italy made a significant contribution by introducing colored fireworks. Till the nineteenth century, only orange, gold, and silver-colored fireworks were seen. During the 1830s, researchers added metallic salt and a chlorinated powder to the firework composition, for obtaining various colors. Adding strontium gave red color, barium gave green, blue was obtained from copper, and sodium was used for yellow. Potassium chlorate, pure magnesium, and aluminum were also used for making brighter fireworks.

Nowadays, researchers are concentrating on fireworks with less smoke and fumes. Since 2004, Disneyland in California, started replacing gunpowder in fireworks with compressed air; and timers were employed to explode the shells.

Although, many countries have contributed more to the development of fireworks; today, China is the largest manufacturer of fireworks in the world. Researches for the advancement of fireworks still continue, so that we can expect better and more spectacular ones in future. 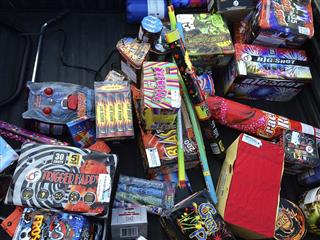 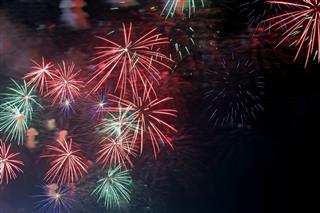 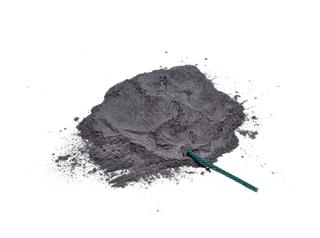 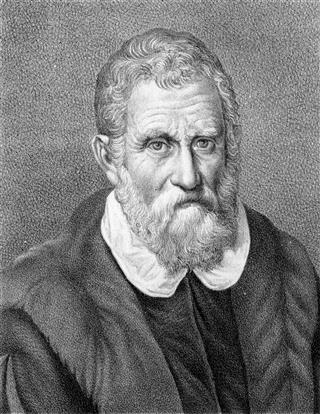 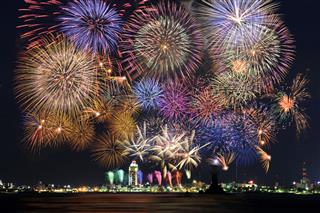 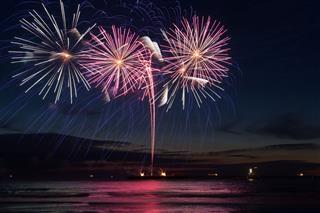 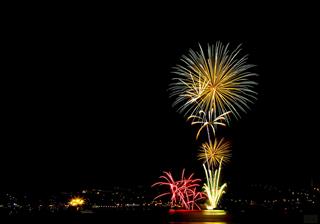 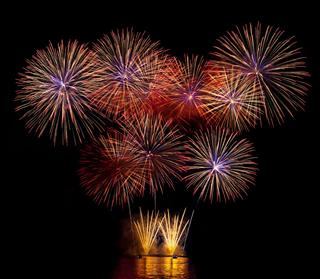 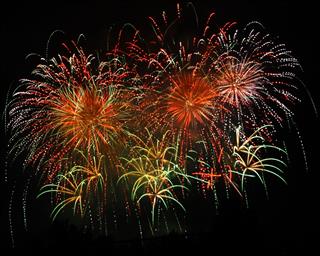 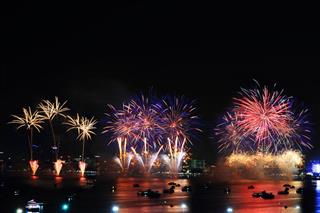 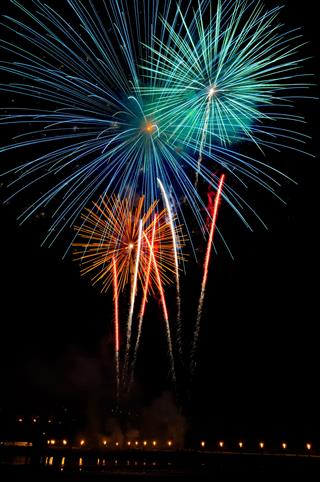 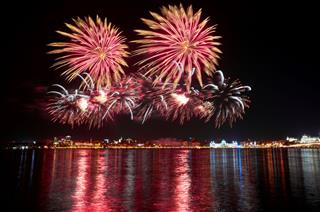 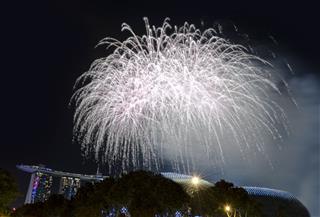 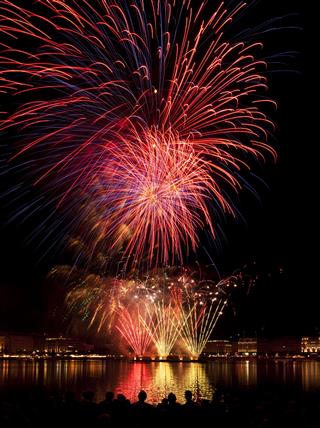 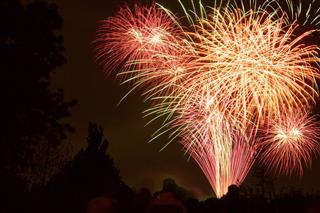