Why Does Copper Oxidize and Turn Green?

The natural color of copper is peachy or pinkish-white, with a bright metallic luster. It is one of the very few elements, whose natural color is neither white nor gray. However, it undergoes oxidation reaction and turns green after being exposed to air.

Home / Uncategorized / Why Does Copper Oxidize and Turn Green?

The natural color of copper is peachy or pinkish-white, with a bright metallic luster. It is one of the very few elements, whose natural color is neither white nor gray. However, it undergoes oxidation reaction and turns green after being exposed to air. 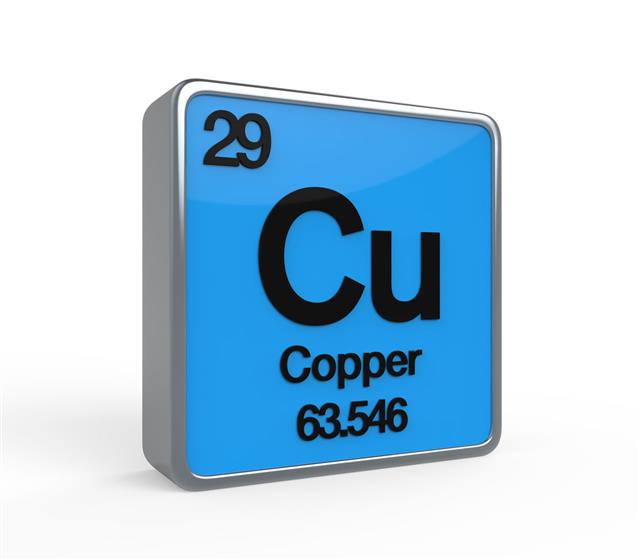 A prime example of copper oxidation is the Statue of Liberty, wherein a green color has developed on the structure’s surface due to redox, and not due to effect of acid rain, as generally believed by people. According to the Copper Development Association, until now, the oxidation of the statue’s copper skin is about 0.005 inch.

Copper is a metallic element with atomic number 29, and is represented by the symbol ‘Cu’ (Cuprum). It is a malleable (can be shaped into a thin sheet) and ductile (can be shaped into a thin wire) element. In humans and animals, it is an essential metal that is found in the body cells and tissues. Due to high thermal and electrical conductivity, copper is used in many aspects of life, such as building materials, thermal and electrical conductors, and in the manufacture of various metallic alloys. In fact, its use can be traced back to the ancient times and early civilizations. This is evident from the old copper crafts, copper wares, and other material remnants of the past civilizations. Due to its chemical properties, copper ranks third as an industrial metal, next to aluminum and iron. In nature, copper is usually found in association with sulfur, which is then purified by means of other techniques.

◆ Oxidation of iron is referred to as ‘rust’, and it leads to the corrosion and formation of a flaky, reddish-brown outer layer.
◆ Another example is the oxidation of aluminum, leading to the development of a flaky white layer. This is usually seen on aluminum doors and windows after heavy rainfall.
◆ When an apple is cut and the surface is exposed to air, it turns brown.

Oxidation of Copper and Changing of Color

Oxidation is a phenomenon, whereby an element loses electrons (and/or hydrogen) on interacting with another element. Similar to iron and aluminum, the element copper undergoes the process of oxidation, if it is exposed to air. If the atmosphere consists of high humidity moisture, then this process is faster. The copper metal reacts with oxygen, resulting in the formation of an outer layer of copper oxide, which appears green or bluish-green in color. This layer is known as the patina.

Unlike other destructive oxidation processes, the patina acts as a protective layer, and it does not cause any weakness in the metal. Thus, copper is considered as an important element that is resistant to corrosion. The patina prevents further corrosion of copper beneath the oxidized layer. Very often, this layer is seen on the rooftops of old buildings, and acts as a waterproofing and sun-proofing coat.

☞ The oxidation process is characterized by the formation of three main products: azurite, malachite, and brochantite. These minerals impart the characteristic bluish-green color to oxidized copper metal and form the patina layer. Simply speaking, it is a redox reaction wherein both oxidation and reduction take place at the same time.

☞ Firstly, copper donates electrons while reacting with oxygen to form copper oxide, which is reddish brown in color. This can be represented as:

☞ Cu2O again reacts with oxygen to form CuO, which is black in color:

☞ The atmosphere also consists of various pollutants like sulfur dioxide, carbon monoxide, carbon dioxide, etc. In areas where combustion of coal takes place, sulfur fumes are present on a large scale, as sulfur is an impurity present in most of the coal types. Copper oxide reacts with this element to form blue-colored copper sulfate, which may further react with carbon dioxide and moisture present in air to form the patina layer.

Alternatively, the copper oxide may also directly react with CO2, H2O, and sulfur oxides to form the compounds brochantite, malachite, and azurite:

☞ Brochantite is mainly formed when high level of sulfur fumes are present. It is green in color, and is also known as hydrated copper sulfate.

☞ Malachite is a green-colored, naturally formed compound, and along with azurite, it comprises greenish-blue colored, semi-precious mineral stones known by the same names. This indicates that oxidation of copper also takes place in naturally formed rocks and gems, apart from copper utensils, statues, rooftops, etc.

☞ Azurite is also known as hydrated copper carbonate, and it imparts a slight bluish tinge to the oxidized metal. It is formed near areas that are mined for copper.

How to Oxidize Copper

There are several methods to oxidize copper at home using daily essentials like salt, kitchen ammonia, baking soda, water, etc. By this technique, you can impart an antique or old-style feel to your desirable copper items, like coins, medals, showcase pieces, etc.

◆ Firstly, clean the copper metal with mild detergent and water, and wipe evenly in a single direction.
◆ In a steel utensil, mix about half tablespoon salt, half tablespoon baking soda, and about 15 oz. of ammonia in half liter of water.
◆ Fill this solution in a spray bottle and spray the copper item at least once in a day. After few weeks, a green-colored patina will start covering the metal surface.
◆ It is better to perform this technique outdoors to get smoother and faster-developing carbonate layers.
◆ To oxidize smaller objects like copper coins, a simpler method is to hang them in a jar without touching the sides and the bottom.
◆ They should be cleaned with alcohol and washed with detergent before attaching them to the jar with a thread.
◆ The jar bottom is filled with half a centimeter of ammonia, and as the fumes start reaching the copper surface, close the jar with a lid.
◆ In a couple of hours, a clear green layer starts forming on their surface. Unscrew the lid and remove the coins after a desirable thickness of patina has been developed.

For preventing oxidation, the best way is to protect the surfaces, which are likely to be exposed to air and water, with the help of a protective coat. This way, the metal surface is prevented from reacting with oxygen and/or water. You can also apply lemon on the copper surface to remove any patina layer of carbonates that have formed on the oxidized items.

A very effective way of cleaning large copper utensils, showcase statues, pipes, etc., is to immerse them into a solution consisting of water, vinegar, and table salt. Heat the water till boiling point, and leave the items immersed till a couple of hours. After removing them, clean the items with soap or detergent to get back the shiny copper coat.