The four main layers of the Earth are the crust, mantle, outer core, and the inner core. The planet Earth was formed about 4.5 billion years ago, after the collapse of the supermassive gaseous body. As time moved on, the Earth cooled down and is still cooling, as of today. As a result of the cooling process, denser materials like iron and sulfur sank to the inside of the Earth; whereas, lighter materials like silicates and water came the surface.

The four main layers of the Earth are the crust, mantle, outer core, and the inner core. The planet Earth was formed about 4.5 billion years ago, after the collapse of the supermassive gaseous body. As time moved on, the Earth cooled down and is still cooling, as of today. As a result of the cooling process, denser materials like iron and sulfur sank to the inside of the Earth; whereas, lighter materials like silicates and water came the surface.

Coming to the topic of our discussion, our planet Earth comprises several layers. Starting from the surface, there are four main layers namely:

The pressure and temperature increase tremendously when one goes from the outer layers to the inner layers.

The crust or the Lithosphere is the outermost layer of the Earth made up of silicate rock materials. It makes up only about one percent of the Earth. Most earthquakes occur in the crust. The temperature of this layer can reach up to 1600 °F at considerable depths. For example; the continental crust is about 8-mile thick and composed of lighter materials like granite, quartz, and feldspar. Whereas, the oceanic crust measures about 3 miles and is mostly made up of basalt.

The mantle, the largest layer of the Earth, is made up of iron, aluminum, calcium, magnesium, silicone, and oxygen. In fact, most of the Earth’s mass (about 80 percent) lies in the mantle. The temperature in this layer is estimated to be about 1600 – 4000 °F. It is in this layer that volcano magma is present. The overall thickness of the mantle layer is 1,802 miles. For simple study and understanding, the mantle layer is further divided into the upper and lower sections.

The outer core is liquid and made up of iron and nickel. The recorded density is very high, but less than pure molten iron. Hence, scientists are of the opinion that sulfur and oxygen may be present in the outer core. This is because, these two elements dissolve easily in liquid iron. The outer core measures 1400 miles in thickness and 8000 – 11000 °F in temperature. As the Earth rotates, the outer core (consisting of iron) spins over the inner core and generates the Earth’s magnetic field.

The inner core, as the name suggests, is the innermost layer of the Earth, and is characterized by extremely high temperature (may reach 9000 – 13,000 °F) and pressure conditions. The intense heat reflected from the inner core mobilizes the materials of the outer core and the mantle. It is due to the high pressure that the inner core materials are unable to move, and hence remain solid. The thickness of the inner core is believed to be about 800 miles.

As per geographical data, the diameter of the Earth is 7,926 miles. It is again enveloped by the atmosphere, which comprises five major layers, namely, the troposphere, stratosphere, mesosphere, thermosphere, and exosphere. The atmosphere provides air, water, warmth, and protects us from the harmful rays of the sun. Without atmosphere, life on Earth would be impossible! 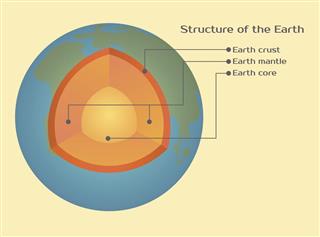 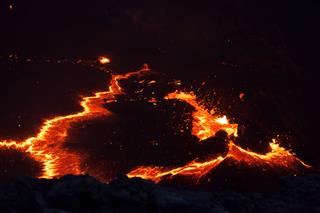 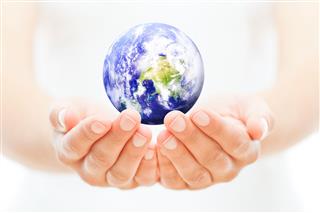 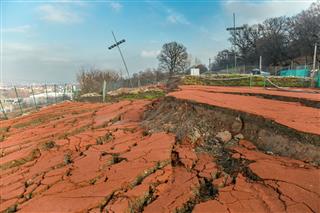 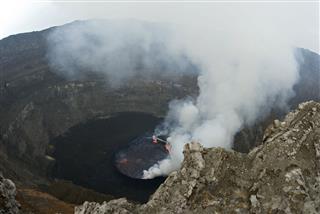 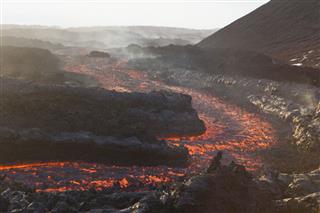 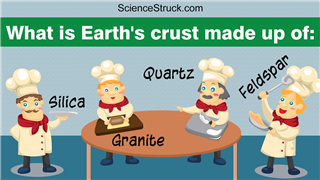 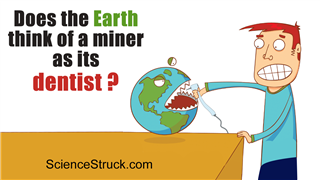 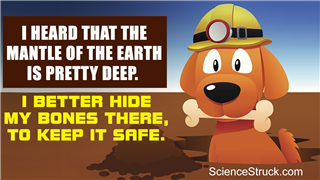