A Great Explanation of Similarity Statement in Geometry With Examples 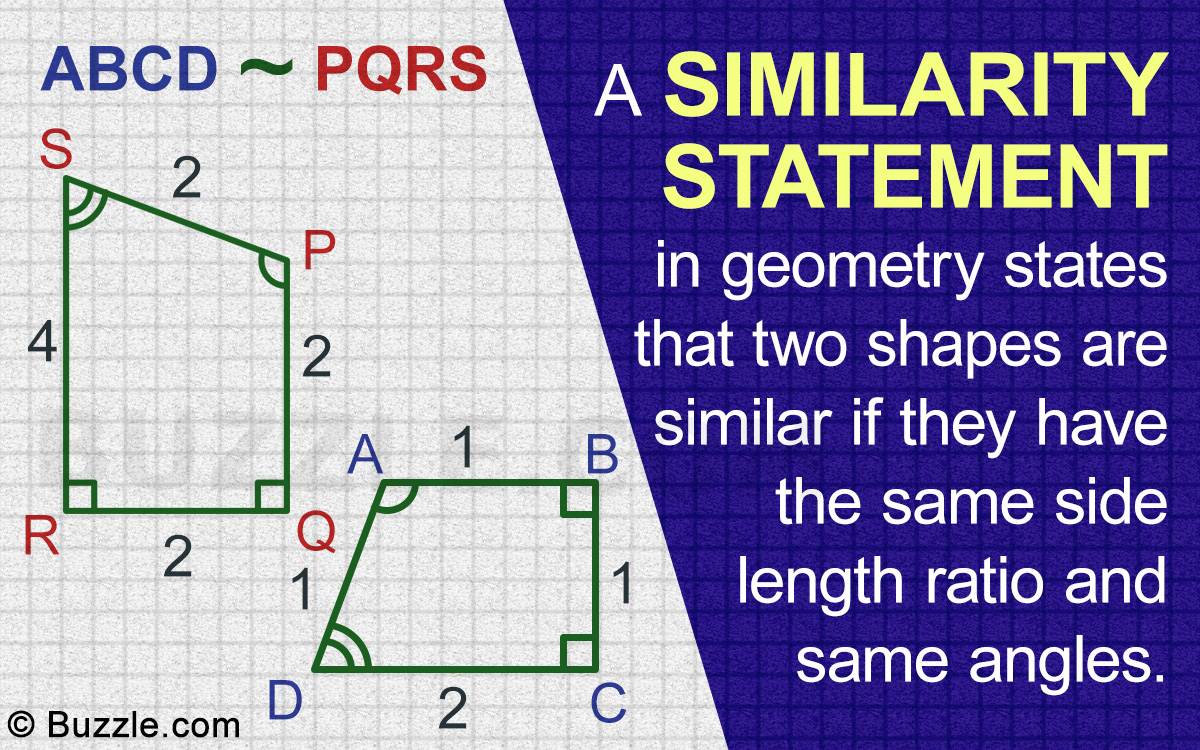 The statement of similarity mentions that for two shapes to be similar, they must have the same angles and their sides must be in proportion. While writing a similarity statement in geometry, the reasons as to why the two shapes are similar, are explained. The concept is used to prove many theorems, as mentioned earlier.

It is also used to find the value of the unknown side of a geometric shape, while the values of the other sides are provided. In the paragraphs below, you will learn how to write similarity statements for different geometric figures.

How to Write a Similarity Statement

To begin with, identify the similar shapes. Then, draw them on paper. The figures you will be provided will be in different orientations, so, even if they are similar, they might appear different. Do not get swayed.

Draw the shapes such that equal angles line up similar to each other, i.e., you will either be given the values of the angles, or the congruent angles will be marked already. Thus, you can identify the angle and start drawing them accordingly. For example, if, in triangles ABC and PQR, angle ABC is congruent to angle PQR, trace these angles on paper first. Name the vertices correctly.

Calculate the side lengths and verify that they are in proportion. Now, write the similarity statement. You have to write triangle ABC ~ triangle PQR. The ‘~’ sign is a congruence sign in geometry.

The figures above depict three similar triangles. In the triangles above,

This theorem can be used to solve for ‘x’ in the above figure. Since they are similar, their sides will be proportional as well. To begin with, separate the triangles and trace them individually. Then, by similarity theorem, consider any of the two inscribed triangles and the main right-angled triangle to find the value of the unknown. Let us consider triangle ABC and triangle BDC. Thus,

Similar geometric shapes follow the same order and direction. Whatever set of vertices you choose while tracing, the others will connect accordingly.