An In-depth Explanation of the Venturi Effect and its Applications 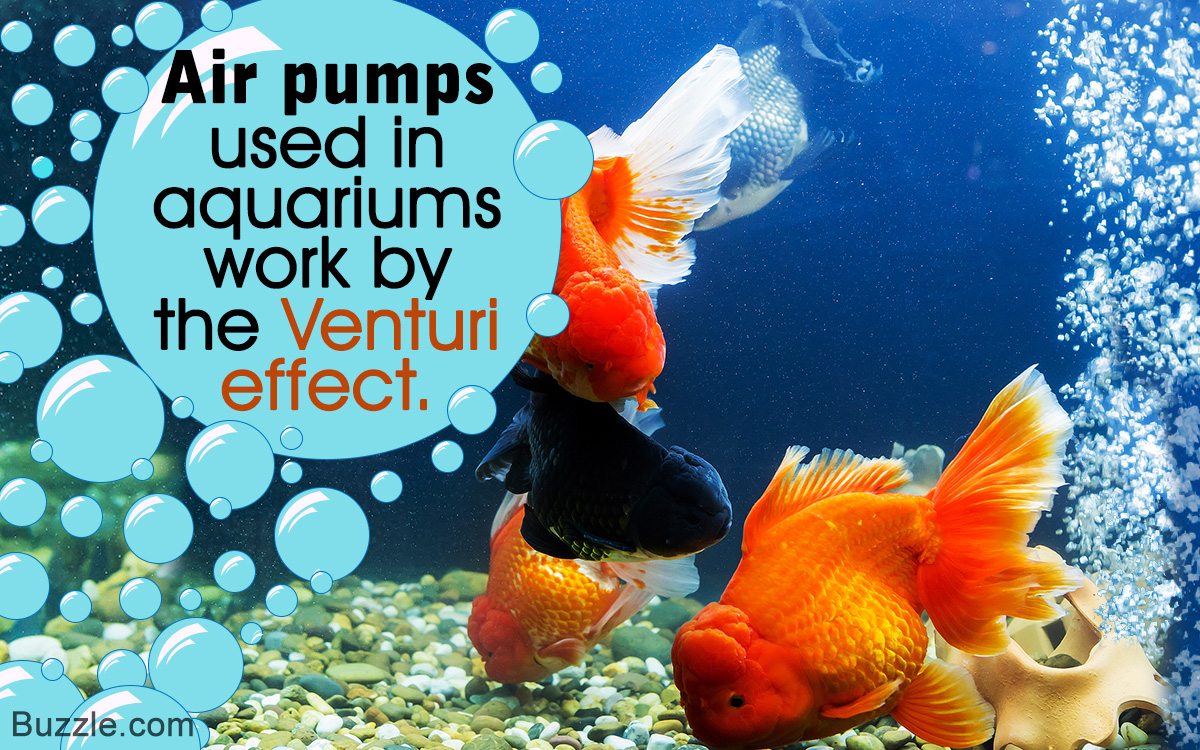 The ‘explosion’ of windows during a tornado is due to the Venturi effect. Because wind blowing at a high speed creates low pressure, the air inside the house rushes out to occupy this void.

Fluids are substances that have the ability to flow and undergo changes in their shape when subjected to stress. They include gases, liquids, and even some plastic solids. Needless to say, owing to their ability to flow from one place to another, and their non-rigid nature, the study of fluid properties has always been more challenging than rigid solids. However, it is this very fluid nature, and deformability, that has made many great advances in science possible. The pumping of water and oil, their transport by piping, the development of the internal combustion engine, and even modern aviation technology, all owe their existence in some way to the exploitation of fluid properties.

Thanks to their ability to flow, fluids can be transported through pipes and channels. In such kind of transport, pressure plays a very important role. With the modification of pressure, fluids can not only be moved from place to place, but can even be exploited to do some work for us. It was the Italian physicist Giovanni Venturi who discovered way back in 1797, that even altering the diameter of a pipe can have an effect on the pressure of the fluid flowing through it. Let us learn more about this concept, which was aptly named the Venturi effect.

How Does the Venturi Effect Work?

When a fluid moving through a pipe faces a constriction, or narrowing of the pipe, the velocity of flow increases at the constriction, with a corresponding drop in the static pressure. This principle is called the Venturi effect.

When a fluid flowing through a pipe encounters a constriction, it means the surface area at that point has decreased, resulting in a smaller opening. However, the rate of flow of the fluid cannot decrease, as according to the ‘Principle of Continuity’, the rate at which mass flows into an isolated system, and flows out of it, stays constant. So, to maintain the same rate of flow, the fluid molecules have to rush out at a faster speed through the constriction, to cover the same distance in the same time. This results in an increase in the speed of flow. The formula for kinetic energy of the fluid is:

Here, ρ is the mass density of the fluid, and v is its speed of flow. Obviously, as the velocity of the fluid increases at the constriction, its kinetic energy will also increase. But, according to the Law of ‘Conservation of Energy’, energy can neither be created nor destroyed. This means that the total energy has to remain constant. Thus, as the kinetic energy of the fluid increases, its pressure, which is nothing but its energy density, decreases proportionally, so that the total amount of energy stays constant, and the Law of Conservation of Energy holds true.

The Venturi effect can also be proven by studying Bernoulli’s equation, which is:

Since the total sum on the left-hand side of the equation remains constant at a given height, any increase in the flow velocity should be balanced by decreasing another variable in the equation, so that the sum remains constant. But at any given height, g, h, and ρ are constants, i.e., their values remain the same. Therefore, an increase in the velocity ‘v’, can only result in the decrease in the pressure ‘P’, so that Bernoulli’s equation is followed. Thus, when a fluid flows through a constriction, its flow speed increases with a decrease in the static pressure.

Applications of the Venturi Effect

The wings of airplanes are designed in such a way that they increase the speed of wind passing over them. According to Bernoulli’s principle, a fast velocity results in a low pressure area. The air below the wings rushes upwards to occupy this vacuum, which results in an upwards lift being produced, thus enabling flight.

In a paint gun, pressing the nozzle results in pressurized air being released through a constriction. A container of paint is connected to this chamber, and the resulting low pressure causes paint to be forced out along with the air. In perfume bottles, pressing of the nozzle causes compressed air to be ejected out of a narrow opening at a high speed. The perfume chamber is connected to this zone, and the low pressure developed causes the liquid molecules to get mixed with the air and get forced out.

Aerating pumps maintain proper levels of dissolved oxygen in aquariums, which is vital for the survival of fish. They work by passing water through a pipe, which has a constriction, or narrow opening. This pipe is connected to a hose which is open to the atmosphere. When water passes through the constriction, it develops a temporary vacuum. This draws the air from the hose into the pipe, delivering it into the tank.

A carburetor helps deliver a mixture of fuel and air into an internal combustion engine. It cannot, in fact, directly control the rate of fuel delivery. What is does is, it controls the rate at which air is sucked into the engine via a pipe, which is connected to a fuel line. The low pressure developed due to fast suction of air also draws the fuel and mixes it with the air. This air-fuel mixture is then sent to the engine for combustion.

A Venturi meter helps measure the flow speed of fluids. It is a simple tube with a constriction that is connected to a manometer. A manometer is a U-shaped glass tube containing a liquid like water or mercury. Each arm of the manometer is connected to one side of the tube. To check the speed, the Venturi meter is inserted into a flowing liquid or gas. When this fluid reaches the narrow section of the tube, its pressure decreases. This reduction in pressure causes the liquid in the manometer to rise up in the arm connected to the constriction. The level in the other arm goes down. The variation in the levels helps measure the flow rate of the fluid.

Gas stoves work by using an inspirator, which is a Venturi tube that has a constriction and an inlet for air. When the gas supply is turned on, pressurized gas enters the tube and passes through the narrow opening. At this constriction, a vacuum is formed due to an increase in the speed of the gas. To fill this vacuum, air rushes in from the inlet and mixes with the gas which is delivered to the stove.

A bilge is a section of a ship or boat which is below the water level, and is most prone to flooding because of leaks. This is dangerous and may even cause the ship to sink. Some bilge pumps work using the Venturi effect. They contain a hose which connects the bilge to an opening in the hull which is above sea level. When the vessel is sailing at a fast speed, water enters the hose because of inertia (tendency to stay stationary). Since the hose has a narrow opening, the flow rate of the water increases, which creates a low-pressure area. This causes the air in the bilge compartment to exert pressure on the water in the bilge, forcing it to enter the hose and leave the ship.

While considering the Venturi effect, it is worthwhile to remember a few assumptions of this concept. This effect is ideally applicable only to fluids which are incompressible, which means that any increase in pressure does not affect the volume of the fluid, and hence, its density. Besides, this theory does not take friction into account.