A Comparison of Density-dependent and Density-independent Factors

Various factors are employed to chart the population growth of species in order to ensure that it doesn't have any untoward effect on the ecosystem. These determining factors are classified into density-dependent and density-independent factors. We compare the two in a bid to find out what they are responsible for.

Home / Uncategorized / A Comparison of Density-dependent and Density-independent Factors 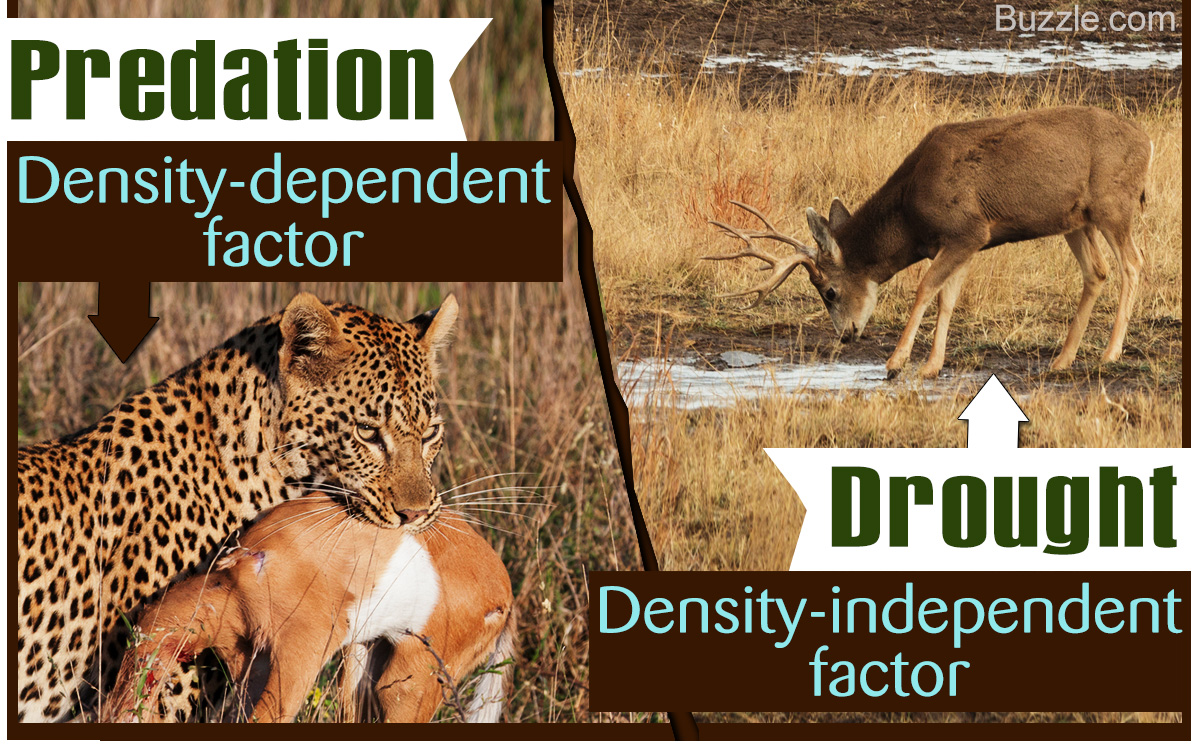 Various factors are employed to chart the population growth of species in order to ensure that it doesn’t have any untoward effect on the ecosystem. These determining factors are classified into density-dependent and density-independent factors. We compare the two in a bid to find out what they are responsible for.

Liebig’s Law of the Minimum

In agricultural science, the Liebig’s law states that the growth of a plant is controlled by the availability of the scarcest resource, and not by the total amount of resources available.

What will happen if the population of a particular species continues to grow rapidly fueled by abundance of available resources? In almost all likelihood, it will exceed the carrying capacity of the ecosystem and eventually, trigger its collapse. Thankfully, nature has its own way of dealing with this problem. Whenever the population of a plant or an animal increases to an extent that it puts pressure on the ecosystem, a limiting factor comes into the picture and―as its name suggests―limits the population growth of that species.

As you can see, it doesn’t just restrict the population growth, but also determines which species will survive in a particular ecosystem.

Density-dependent factors are those that depend on the population density. These are the factors whose effects on the population vary depending on the density of population. These include availability of food, competition, predation, parasitism, diseases, etc.

Density-independent factors are the ones that are not dependent on the population density. They affect the species regardless of how dense the population is. These include natural disasters, like floods, drought, tornadoes, etc., climate, and even human activities.

Competition: If the density of population is high, there will be more competition for food and other resources. It will eventually result in starvation, low reproduction rate, and even migration, with species looking for favorable conditions in other regions.

Diseases: If the density is high, diseases will spread faster and more individuals will be affected.

Extreme weather: When the weather changes drastically, even native species bear its brunt. If, for instance, temperatures spike in the tropics, then it will cause lakes to evaporate, and that, in turn, will spell disaster for aquatic species.

Climate:In deserts and polar areas, where climate is far from favorable, the number of species is low.

Density-dependent factors only come into play when the population reaches a certain level. Larger the population, stronger the impact.

Density-independent factors do not have size constraint. They are effective in the case of both, large populations and small populations.

If it were not for these limiting factors, it would not have been possible to regulate the population, and that, in turn, would have had interrupted the ecological balance. Nevertheless, the ecological balance is still under threat, and this time around, the threat comes from none other than the Homo sapiens―the self-proclaimed smartest or most evolved species on the planet.