The Concept of Negative Energy in Physics Simplified for You 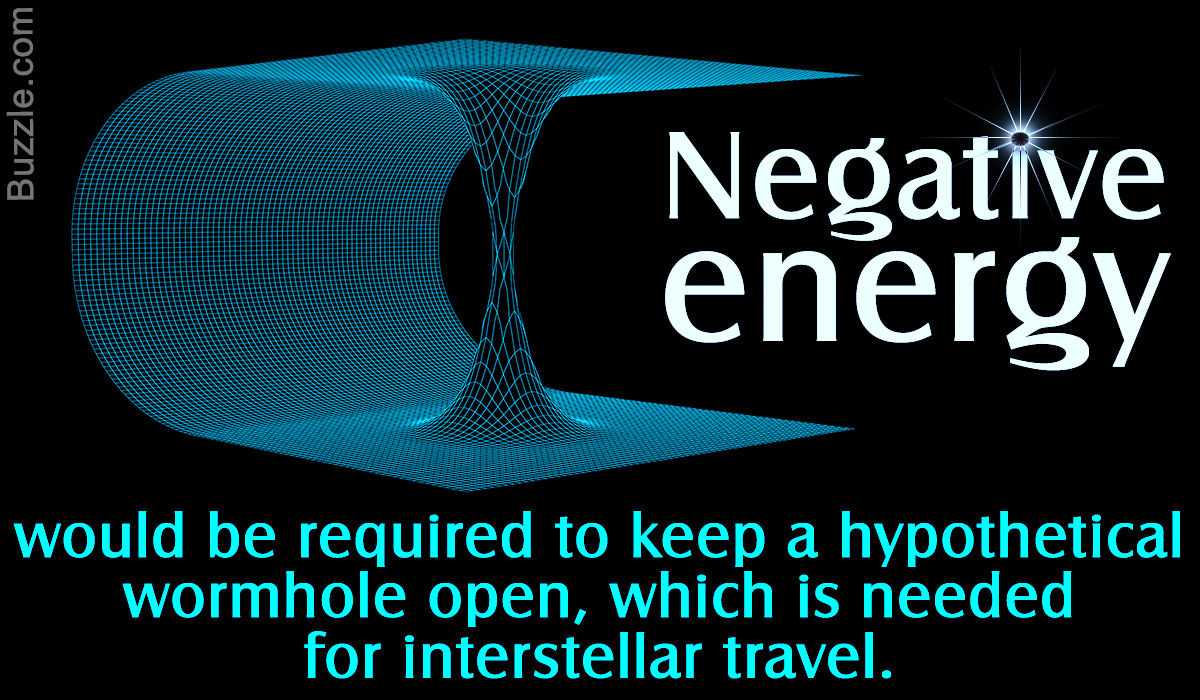 Negative energy is a mysterious concept in the world of physics that appears to be more suited to the pages of a science fiction novel than in real life. In this ScienceStruck post, we verify the plausibility of its existence and look at some implications of its existence. 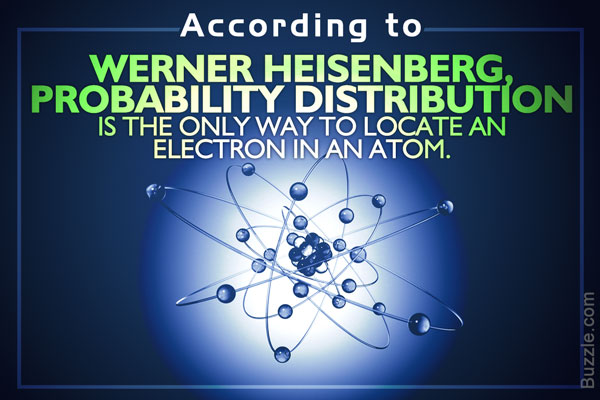 Total Energy in the Universe

The gravitational potential energy which keeps two pieces of matter in contact with one another must be negative since it takes positive energy to pull them apart. Considering the universe to be approximately uniform, one can show that the total negative gravitational energy in it would exactly cancel out the total positive energy represented by matter. Hence the universe as a whole has zero total energy in it.

“God does not play dice!” – these were the words famously uttered by the great Albert Einstein in order to express his displeasure at the bizarre implications of the uncertainty principle. After all, he said, how could the world around us be so random that even with physics, it would be impossible to make any prediction about it with certainty? It baffled him to no extent!

The science of quantum mechanics has this inherent quality of confounding the common sense of even the most brightest ones among us, and the Heisenberg’s uncertainty principle is at the very center of all this confusion. Among the several befuddling concepts that have over the years arisen from the uncertainty principle, negative energy is one of them. But it isn’t simply a physics trick. We must realize that just like all the other, seemingly impossible concepts and theories in quantum mechanics, it’s as real as life itself. It goes a long way in showing that even Einstein could be wrong, and that God does in fact play dice all the time!

In the following sections, we shall explore what negative energy in quantum physics is. But before going any further, I must implore you to keep your mind open to new concepts and thoughts, because in the world of quantum mechanics, rigidity of thought and imagination, has absolutely no place.

In 1928, British physicist Paul Dirac formulated an equation for describing the dynamics of electrons. This equation was very successful in predicting the spin as well as magnetic moment of an electron. However, it also put forth a rather peculiar proposition―an electron could have either positive or negative kinetic energy. Also, when Paul’s exclusion principle was taken into consideration, the vision of an entire sea having an infinite number of electrons with negative kinetic energy could be conjured up.

But the creation of an ideal vacuum seemed impossible at the time, and so the existence of negative energy could not be proven. This cast a large shadow of doubt on the very concept of negative energy. Many physicists even began questioning the likelihood of its existence, until Dutch physicist Hendrik Casimir, through an innovative experiment, was able to show that it was in fact real and very much present.

Though his equation predicted the existence of negative energy, Dirac was unable to experimentally verify this prediction. Thus, negative energy remained only a theory until in 1948, Hendrik Casimir proposed an experiment which could display the effects produced by negative energy.

Two extremely thin and lightweight, flat metal plates are placed in vacuum. They are arranged parallel to one another and are kept at a very small distance apart. Typically, the distance between them needs to be as small as 10-6m for the Casimir effect to work.

Their light weight greatly reduces the effect of gravity and being within a vacuum, no other force can act on them. Lastly, both of these plates are earthed using wires connected to the ground in order to remove any charge upon them. Thus, the effects of electricity and magnetism too are nullified, and the two plates are now in an almost pure vacuum.

When the above setup is created, a very strange effect takes place. Without the presence of any energy or application of any external force, spontaneously the two parallel plates move closer, until the distance between them becomes zero and they touch each other.

The above observation is the result of the Casimir effect. According to Dirac, negative energy exists all around us, but its presence cannot be determined since it is balanced out by the positive energy present everywhere. The vacuum created in the above experiment is pure vacuum. All effects of external positive energy and force have been removed or nullified. Thus, negative energy is allowed to manifest freely and within the vacuum chamber, the hypothetical Dirac sea of negative energy is created. The following is a theoretical explanation of this.

According to the uncertainty principle, an area of nothingness (a vacuum), can be full of an infinite number of microscopic particles known as virtual particles. These particles pop in and out of existence, appearing and disappearing randomly. Together, they comprise the Dirac sea. Each of these particles has a wave associated with it, which can be imagined to be like the waves in a sea. These waves together apply pressure on the flat metal plates from all the sides.

Now, as there is only a small space present in between the metal plates, a limited number of particles having negative energy are able to manifest there. This causes a small pressure on the metal plates due to the associated wave of each particle to act from inside out.

Comparatively, a much larger number of particles with negative energy are able to manifest in the external space around the metal plates. Their associated waves together applies a much larger pressure in the outside-in direction, resulting in the two metal plates being pushed closer until they come in contact.

Thus, the Casimir effect shows that the difference in the energy densities between and around two uncharged metal plates causes them to attract towards each other. Since the entire system was originally in a state of zero energy and no positive energy was introduced into it, the energy expended in doing the work of moving the plates together must be negative. Thus, the Casimir effect proves the existence of negative energy density in a vacuum.

This Casimir effect was practically verified for the first time in an experiment similar to the one above, which was overseen by M.J. Sparnaay, and later again, in 1997, by Steve K. Lamoreaux, who paired a single plate with another one which was a section of a nearly precise sphere.

Since its conception and experimental verification, the concept of negative energy has gone on to become an integral part of modern physics. The following are a few examples which highlight the importance of negative energy in the modern times. 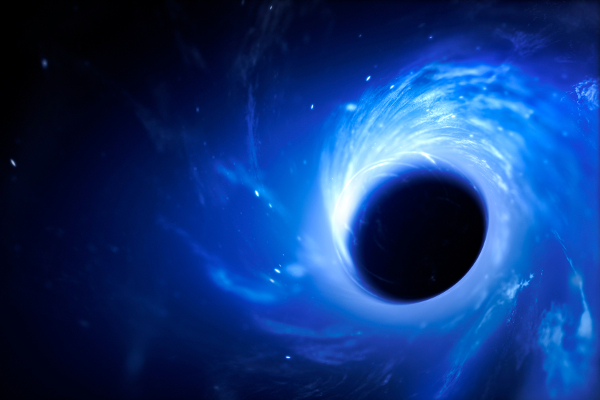 In the year 1974, Stephen W. Hawking of the University of Cambridge made his prediction that a black hole, which has a gravity so strong that it doesn’t allow even light to escape, will actually evaporate by emitting radiation. This phenomenon which later came to be known as Hawking radiation, seemed to contradict the laws of physics as the black hole had always been considered to be a one-way street. In order to explain this, Hawking stated that the production of positive energy in the form of radiation from the black hole, was accompanied by the flow of negative energy into it, thus leading to the conservation of energy. 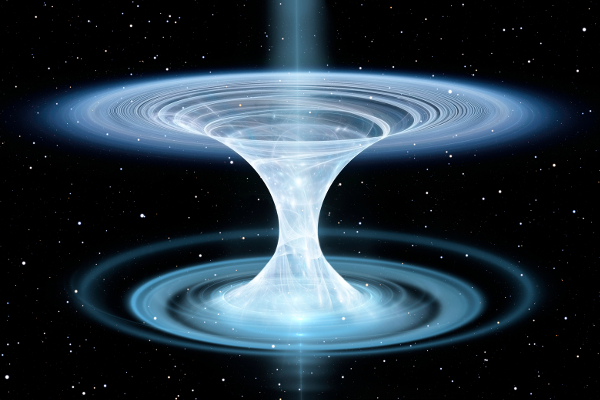 Another important concept where negative energy plays a vital role is the curvature of space-time, known as the wormhole. A wormhole is basically a hypothetical tunnel in space-time that connects one region in space to another. This could act as a cosmic shortcut which could be used to reach regions of the universe that are several light years away in only a matter of hours or days. However, the laws of physics state that a wormhole large enough to accommodate a spaceship would collapse under its own gravity so rapidly that even a beam of light wouldn’t have time enough to traverse it. The concept of negative energy comes as a solution to this problem. Negative energy is gravitationally repulsive, and hence using it, a wormhole can be kept open, making room for the possibility of interstellar space travel.

Einstein’s special theory of relativity states that nothing can exceed the speed of light. It is a cosmological limit that cannot be exceeded or even matched. But even if we were to achieve speeds close to that of light, it would still take us several thousand years to traverse the great expanse of the universe. The concept of negative energy, however, provides a way around this problem by allowing for the possibility of creating a warp drive.

In 1994, Mexican physicist, Miguel Alcubierre Moya found a solution to Einstein’s equations that can be used to build a warp drive comprising a warped space-time bubble that would transport a spacecraft at superluminal speeds from one region in space to another. Calculations have shown that negative energy would be required to create and maintain the warp bubble.

This warp bubble would house the spacecraft and convey it at arbitrary speeds. It would do so not by actually propelling the spacecraft, but rather by manipulating space-time. The space-time in front of the bubble would contract, reducing the distance from the destination. While that at its rear would expand, increasing the distance from the start. The spacecraft itself would remain still inside the bubble. Thus, without violating the absolute speed limit, the user would be able to achieve superluminal speed.

Thus, negative energy is a proven fact in physics that is known to exist all around us and everywhere in the Universe. This concept has found several applications in theoretical physics and may very well be the key for unlocking interstellar space travel one day.