The Basic Difference Between a Cation and an Anion

Cations and anions are positively and negatively charged atoms, respectively. ScienceStruck elaborates on the differences between the two, through a cation vs. anion comparison.

Home / Uncategorized / The Basic Difference Between a Cation and an Anion 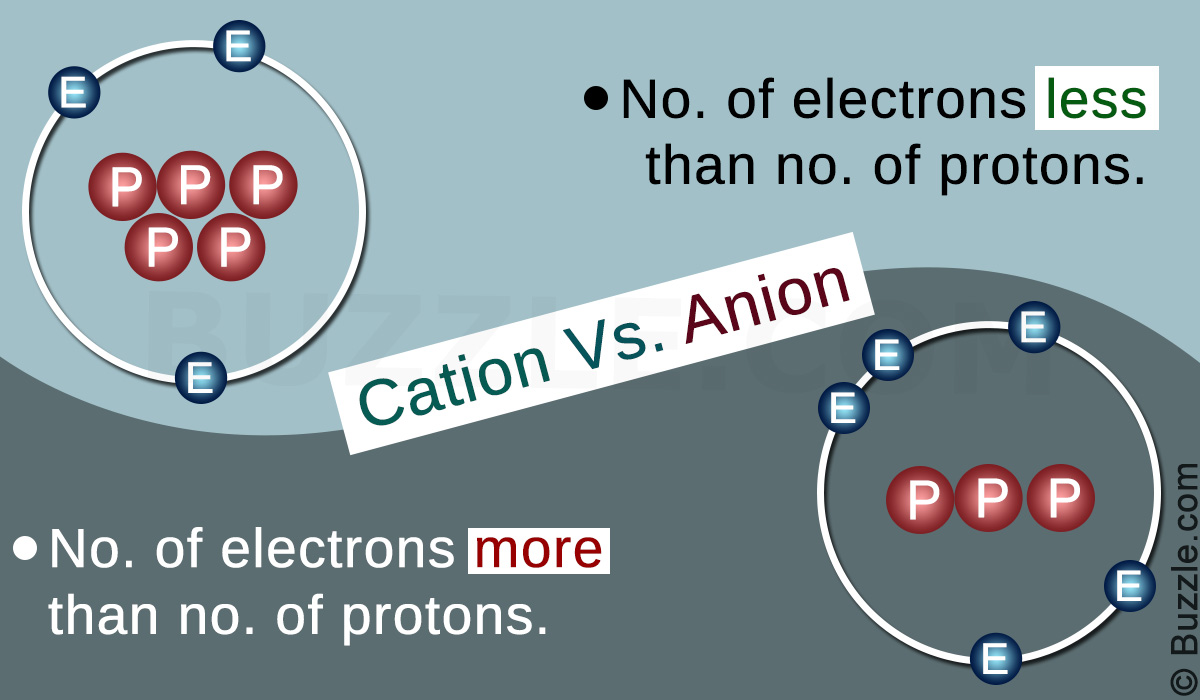 Cations and anions are positively and negatively charged atoms, respectively. ScienceStruck elaborates on the differences between the two, through a cation vs. anion comparison.

The words anion and cation are derived from the Greek words ano, meaning up, and kata, meaning down, respectively.

An atom is the smallest unit of matter and is invisible to the naked eye. It is composed of three distinct types of minute subatomic particles – protons, neutrons, and electrons. Protons and neutrons occupy the central part of the atom, called the ‘nucleus’, whereas, the electrons float around the nucleus in various orbits. Protons carry a positive charge, while electrons carry a negative charge. However, neutrons carry no electrical charge at all.

An atom is said to be in a stable state when it comprises equal number of protons and electrons that neutralize the electric charge. However, there is a possibility that an atom or group of atoms may gain or lose electrons, making it either positively or negatively charged. Such atoms are referred to as ‘ions’. Depending upon the charge it acquires, an ion is classified into two types – cation and anion.

The following table lists the cations and anions.