Dehydration synthesis refers to the type of reaction wherein some chemical compounds are formed at the cost of losing water molecules from the reacting substances. Read this article to know more about this process. 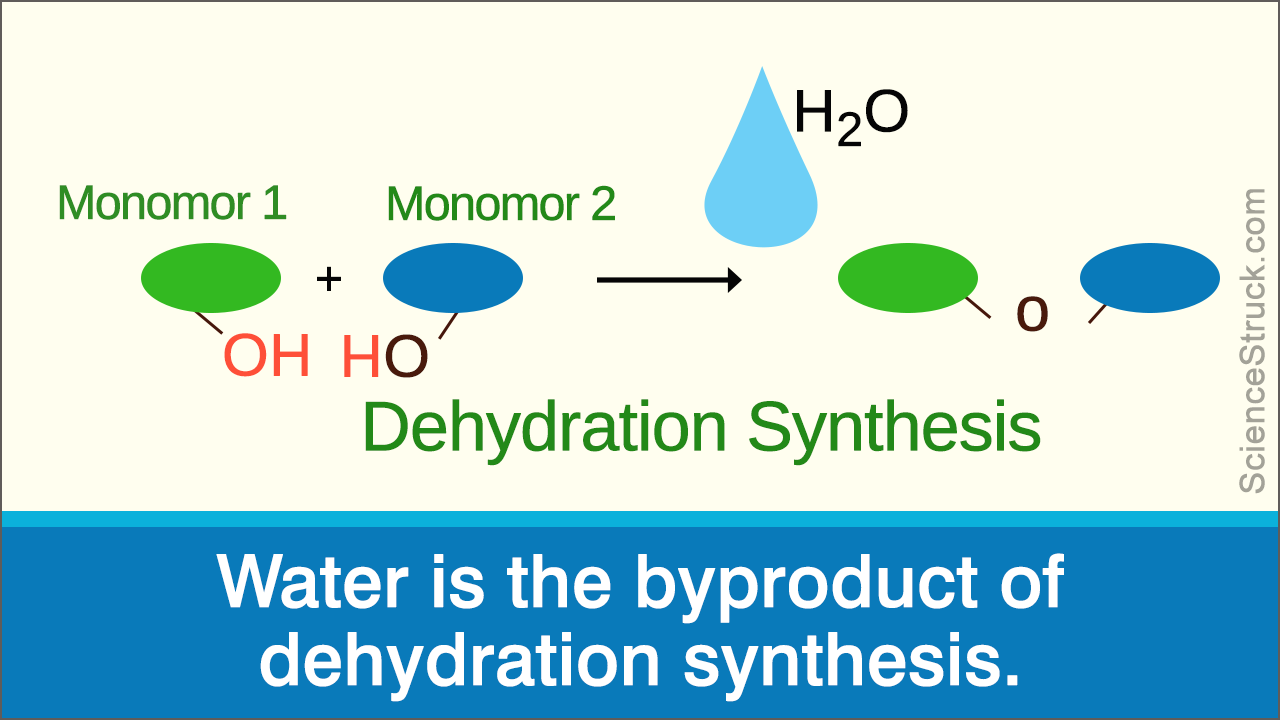 Dehydration synthesis refers to the type of reaction wherein some chemical compounds are formed at the cost of losing water molecules from the reacting substances. Read this article to know more about this process.

In industrial applications, dehydration reactions are very important in the processing of alkenes by dehydrating alcohols, which are used as base chemicals. If sufficient heat (around 100°C) is not provided during the synthesis process, the alkenes will form ethers due to reactions taking place between their molecules.

What happens to our body during dehydration? We suddenly feel an unquenchable thirst and loss of energy. This is mainly caused due to a decrease in body fluids. The reason behind this is a chemical reaction called dehydration synthesis, which takes place under specific conditions. The most effective remedy against this condition is to consume a lot of water and liquid foodstuff.

In chemistry, dehydration synthesis is defined as a type of chemical reaction, which produces water molecules after combining the reactants. For such a process to take place, there are two primary requirements. The first is to have a reactant (monomer) with a hydroxyl group, and the second condition is to have another reactant with a hydrogen atom. Both these monomers should be able to cleave during the reaction. In this process, the hydroxyl group and the hydrogen atom are released by the respective reactants. These monomers combine to form a polymer molecule, whereas the hydroxyl and hydrogen atom combine to form water molecule. Electrons are shared in this process in order to form a covalent bond. Dehydration synthesis is often observed in the formation of biomolecules such as carbohydrates and proteins. With reference to the nature of chemical reactions and related products, this synthesis is better known as a type of condensation reaction. The reason for this being that a larger molecule is formed due to the aggregation or condensation of two smaller molecules, along with the release of water.

Speaking about the equation for the synthesis process, the simplest representation is:

where X and Y are monomers that form the polymer XY.

The illustration provided below explains the dehydration reaction between glycerol and fatty acids. The end product consists of triglyceride, releasing three molecules of water.

There are several phenomena in biology and biochemistry, which involve dehydration synthesis. These take place in our day-to-day lives and even while we are asleep. Though complex in nature, the formation of proteins, carbohydrates, and fats will not be possible without dehydration synthesis.

The synthesis of proteins requires reactions between amino acids in order to release proteins and water as byproducts. A dipeptide bond connects the amino acids. In general, alcohol molecules are the ideal reactants for the synthesis process. The main reason is the presence of hydroxyl group (OH–) that cleaves off easily during the reaction.

In case of alcohols that undergo dehydration reaction, the main products are alkenes and ethers. Alcohol loses its functional group, with or without combining with other substances. This may result in the formation of varied ether products (for instance, after losing water, ethyl alcohol forms ethylene). In case of alkene formation, alcohol gains a functional group, and releases a water molecule mainly in the presence of heat and a catalyst.

Both these are simple chemical reactions involving water. However, they take place in exactly opposite ways. In case of dehydration synthesis, two substances react and produce water as a byproduct during the process. In hydrolysis, water reacts with another substance to form a different product. To be more precise, water is a product in a dehydration synthesis reaction, while it is one of the reactants in a hydrolysis reaction.

Proteins, carbohydrates, and nucleic acids like DNA and RNA are few of the most crucial biomolecules that are needed for the functioning of a complex organism, including human beings. All these classes of macromolecules involve the process of dehydration synthesis and hydrolysis, both of which work in tandem.