A Quick Glance at the Causes and Effects of Thunderstorms

A thunderstorm is also referred to as an electrical storm, due to the presence of lightning and thunder during the manifestation of the natural phenomenon. This weather variant is characterized by very contradictory nature, like the presence of heavy rain or no precipitation at all and a sequential or rotational appearance.

A thunderstorm is also referred to as an electrical storm, due to the presence of lightning and thunder during the manifestation of the natural phenomenon. This weather variant is characterized by very contradictory nature, like the presence of heavy rain or no precipitation at all and a sequential or rotational appearance. 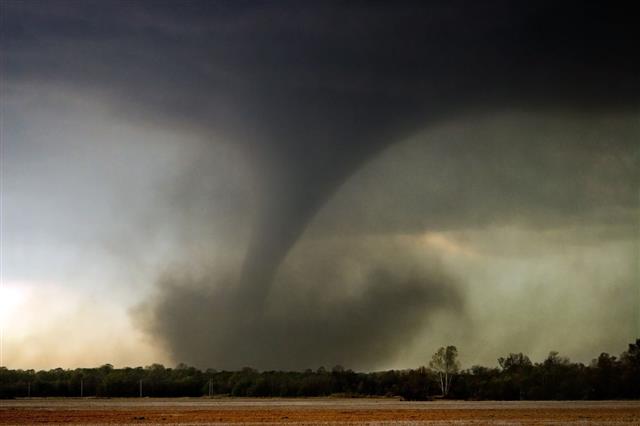 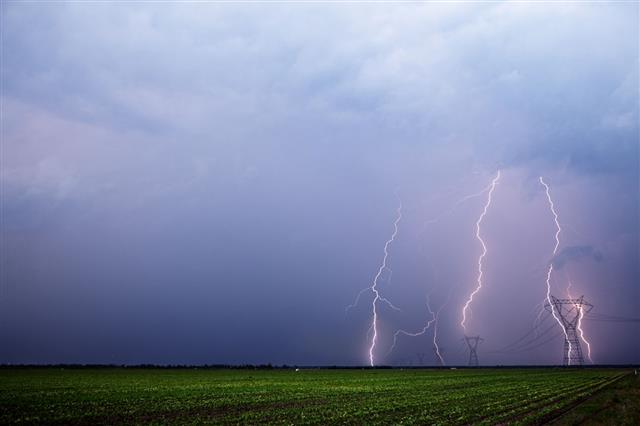 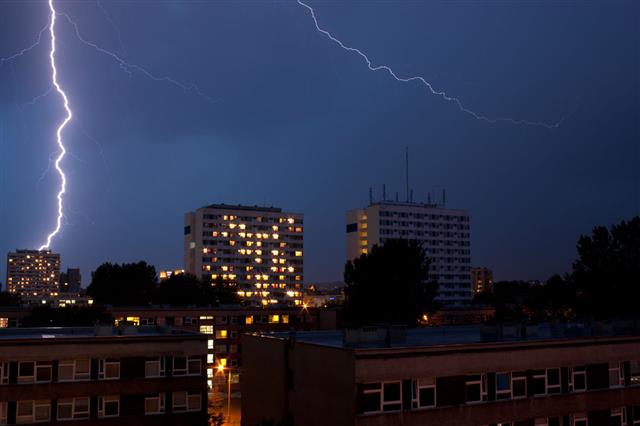 Man has been an audience to various manifestations of nature’s fury throughout time. Induced natural limitations not only take a toll on human population, but also the corresponding food supply. Catastrophes such as floods, hurricanes, earthquakes, tornadoes, tsunamis, drought, volcanic eruptions, and landslides not only make us question self-restraint, but also the price for materialistic convenience. The 79 AD Vesuvius eruption that destroyed Herculaneum and Pompeii, and the El Nino current that continues to play havoc with world weather, are just some examples.

What is a Thunderstorm?

The National Weather Service defines a thunderstorm as the ‘presence of thunder and lightning within and around rain clouds, that generate electrical charges’. Among all the observed cloud formations, the cumulonimbus is a perfect thunder factory. Hence, its nickname as ‘thunderhead’. A storm involves the presence of strong winds, with or without precipitation. In a thunderstorm, the wind gusts are measured at 58 mph or more.

~ Thunderstorms occur when warm, moist air within a rain cloud, rises in large volumes and with increasing velocity.
~ The velocity and volume of warm air within the cloud increases, initiating a warm updraft. This makes the storm cloud more buoyant and it rises upwards.
~ As the warm air rises upwards, it encounters cooler temperatures at high altitudes.

~ This leads to cooling and condensation of vapor to form water droplets and hail.
~ These condensed particles start descending, and stoke the updraft, causing turbulence within the cloud.
~ This trigger force causes the cumulonimbus to erupt violently, unleashing the electrical activity within, at times with precipitation.

Some of the most common types of thunderstorms belong to this group and can last for a few hours. They are known to produce moderate-sized hail and can even generate weak tornadoes.

Storms of this group are characterized by a line of thunderstorms that feed and contribute to each other. They have the ability to produce weak tornadoes and hail the size of golf balls. Early detection and prediction of such thunderstorms is possible via radars and other sensing equipment.

These thunderstorms pose the greatest threat to life and property. They have the ability to generate strong to violent tornadoes and are highly organized in their behavior and progression though rare in occurrence.

~ Thunderstorm updrafts and downdrafts result in heavy precipitation. Wind gusts pick up hurricane force, accompanied by thunder and lightning.
~ Thunderstorms disrupt human life in more than one way. The felling of millions of trees, deaths due to lightning hazard and wind shear are just some of the dissipation manifestations.

~ Thunderstorms commonly result in local atmospheric instability, catastrophic flooding, very strong winds, tornadoes and multi-cell storms.
~ These storms have a pronounced effect on the weather over a large area, with energy released at the rate of more than 10,000,000 kilowatt-hours on an average!

~ Thunderstorms occur in varied force, throughout the world. While they are a common occurrence in the tropical rainforest regions, the polar regions are not spared either.
~ Thunderstorms are commonly associated with the onset of the monsoons. The electrical discharge referred to as lightning is responsible for striking terrestrial structures at the speed of sound. This poses a great threat to human life and property.

Thunderstorms and lightning have always held a myth and mystique about them and have fascinated and terrified human since the dawn of civilization. All thunderstorms produce lightening which often strikes away from the area where it is raining and is known to fall as far as 10 miles away from the rainfall area. Roughly, there are about 1800 thunderstorms occurring at any moment across the world. Though today we have a greater understanding about them after intense study through various methods like weather radars, weather stations and video photography. 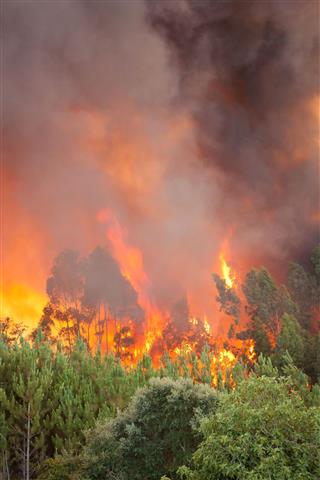 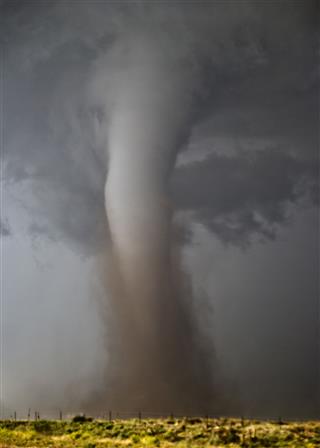 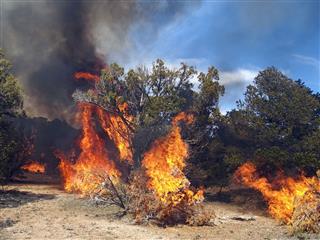 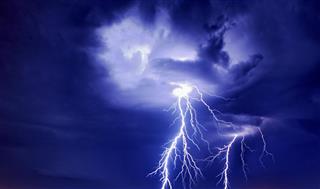 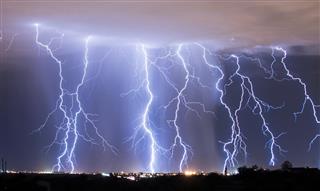 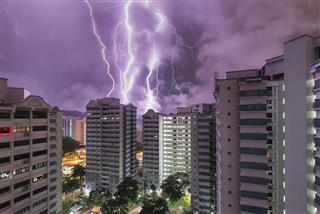 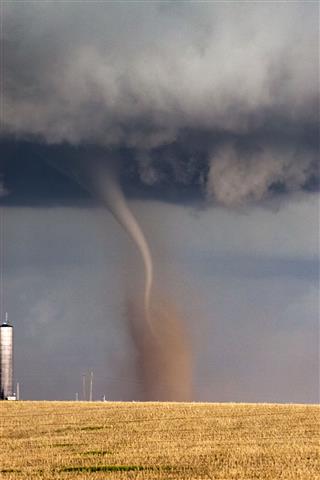 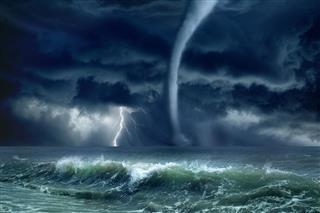 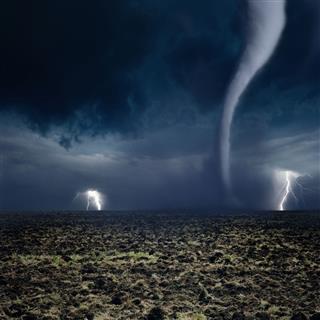 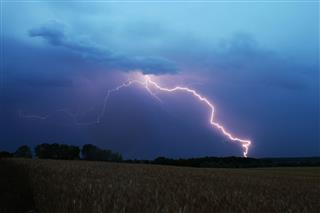 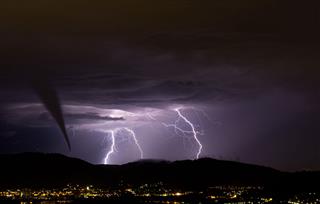 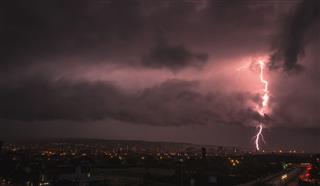 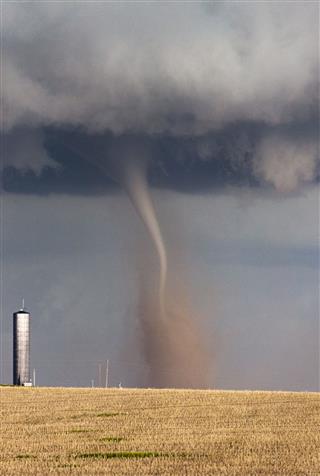 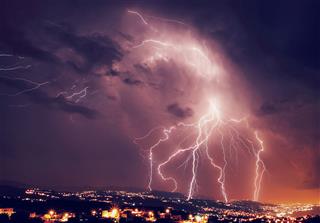 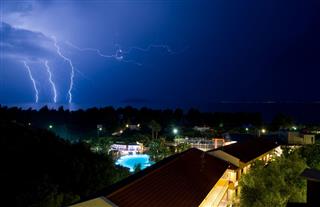 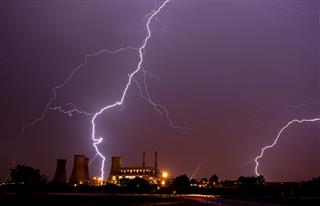 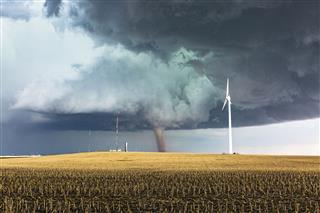