A Brief Look at the Causes and Effects of Temperature Inversion

The dynamics of the Earth's atmosphere is a blessing to all of us. Part of this dynamism includes the process of temperature inversion. ScienceStruck informs you about the causes and effects of this process.

The dynamics of the Earth’s atmosphere is a blessing to all of us. Part of this dynamism includes the process of temperature inversion. ScienceStruck informs you about the causes and effects of this process.

Lapse rate is the rate at which the temperature of air changes as it moves upward in the atmosphere. It is negative in cases of temperature inversion. This is because, when a large layer of air is moving down, the increasing pressure results in this air getting compressed and heated up.

As we have always learned and believed, temperature decreases with increase in height. We also know that from the concept of rarefying of air in the higher latitudes. This understanding is challenged by the climatological process of temperature inversion. Before going to its causes and effects, let us first get to know what it means.

The temperature in the atmospheric layers is moderated through convection cells. The heating or cooling of air happens due to this convection. Warm air from near the Earth’s surface rises at the low pressure centers and becomes lighter and cooler as it moves up. This cold air descends down at a high pressure area away from where it originated. This keeps the circulation or air going. This creates different zones of warm and cold air in the atmosphere.

It is a phenomenon where a layer of warm air is formed on top of a layer of cold air, unlike in normal atmospheric conditions. It is also known as thermal inversion.
The dome of smog seen above the city (in the image) also corresponds to the concept of Urban Heat Island, which is a consequence of the increase in the amount of polluting emissions released into the air. This zone is, therefore, warmer as compared to the region surrounding it.

The normal profile of the lower layer of troposphere undergoes a reversal. In normal conditions, the Earth heats up during the day and the heat radiated by the surface goes back to the atmosphere. Thus, the temperature of air naturally reduces as we go away from the Earth’s surface. Unlike this, in the case of thermal inversion, this natural gradient of lowering air temperature gets disturbed by the warm layer of inversion, blocking all upward movements of air.

Normally, as the altitude increases, the temperature of air begins to fall. However, during nights or in winters, a reversal of this pattern is generally seen. Polar regions witness this reversion quite often. Inversions are witnessed at different points:

Surface Inversion: It occurs near the Earth’s surface.
Subsidence Inversion: This is recorded at the lower layers in the troposphere.
Frontal Inversion: It is the temperature inversion occurring at the boundary between a warm and cold front.

Surface inversion occurs when the following factors are present:

It is observed at the high pressure centers. When a huge airmass (spread over a large surface, even continents at times) begins to move down, it gets compressed and hot due to the increasing air pressure. This decreases the lapse rate (rate of change in temperature). If this air mass moves deep down, there is a gradient created in its temperature. Air is warmer at higher altitudes and cooler at the lower altitudes.

Fronts can be referred to as the edges of the warm or cold air masses. At the borders of these warm and cold fronts, the cold air being denser, pushes the warm air from beneath and lifts it up. Thus, now the frontal border between them becomes like a “U” shape. The cold air mass occupies the space below the warm front on the ground, forcing the lighter, warm air mass to move up.

Places that experience temperature inversion also include the ocean waters, when the water temperature increases with depth rather than decreasing.

Inversion forms a division between the atmospheric layers. Movement of air is the cause of heat transfer that takes place in the troposphere. So, a diversion or break from the normal pattern of convection impacts many atmospheric processes like cloud formation, presence of fog, the pattern of precipitation, etc.

Prevents Convection: Inversion stops the exchange of air within the layers at the base of troposphere. Thus, air currents do not rise upwards.

Clouds and Fog: Water vapor and moisture contained by the air also gets confined, resulting into cloud formation and fog over the surface.

Valley Inversion: Cold air is denser and heavier. Thus, it sinks down at the bottom of the valleys. Mountains with leeward slopes experience thermal inversions in valleys every now and then.

Tropospheric Ducting: On a foggy night, the sound of a radio can be heard from long distances. This happens when the radio signal gets bent and reverted from the inversion boundary, where it finds a warm layer of air (instead of cooler air present normally).

Freezing Rain: When snowflakes pass through an inversion layer, they melt due to the warm air and cool off as rapidly due to the cold air. However, the water drops are supercooled and not frozen until they hit the ground.

Rising Pollution Levels: This is one of the harmful effects of inversion. Warm layers of inversion do not allow any air to enter their sphere. Thus, industrial pollutants and vehicle exhausts are circulated within the layer nearing the ground. Concentration of these gases shoot up the toxin levels we breathe and form a brown-colored haze on the skyline as well.

The inversion layer caps the air below it, thus preventing any convection. We can view the city of Los Angeles, in the image above, being covered in smog completely. Severe respiratory diseases are likely to detected in urban dwellers, especially in conditions where inversions (like smog) persist for a longer period of time.

The recent event of Grand Canyon witnessing a blanket of clouds is also an instance of inversion of temperature. The deep valleys over there trapped cold air, forming fog. The peaks rising over the clouds show that the temperature at their base is lesser than at their tops.

Though a climatic phenomenon with the potential to cause extremities in weather, it also adds to the beauty of our planet. There sure must be human beings out there, in some corner of the world, unknowingly worshiping this beauty as God’s grace! 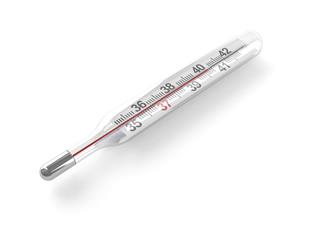 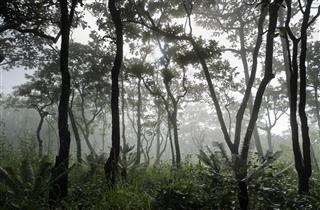 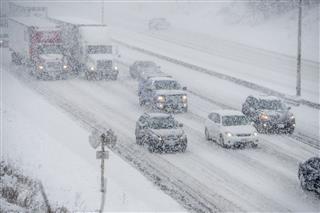