The word crystal is derived from the ancient Greek word krustallos, which means both ice and crystal. The word amorphous too has originated from Greek words a (without) and morphé (shape), which together mean shapeless.

We all are aware that solids are one of the three basic forms of matter. But how many of us know that there are actually sub-forms of solids as well? For instance, just try comparing the properties of a diamond with those of rubber, and the difference between the two would become so very obvious.

In the world of chemistry, diamonds and rubber are known as crystalline and amorphous solids respectively. Even though both of them are solids physically, chemically, they are vastly different from each other. Studying these different types of solids is essential for understanding what the world around us is made up of.

In the following lines, we shall learn what crystalline and amorphous solids are, and how they differ from each other.

By definition, a crystalline solid, also simply known as a crystal, is a solid material whose basic constituents such as atoms, ions, and molecules are arranged in a highly ordered and well-defined microscopic structure, known as a crystal lattice. These solids are formed in a process known as crystallization, wherein, the lattice structure gets extended in all directions.

The arrangement of elements in amorphous solids is mostly random and disorderly. Because of this, when amorphous solids are cut, they break into uneven pieces. Examples include window glass, various polymers, rubber, etc.

In the following lines, we shall compare the properties of crystalline and amorphous solids.

The atoms, ions, and molecules in a crystalline solid are arranged in such a way that they have a definite shape and structure, known as characteristic geometry.

In amorphous solids, such a characteristic geometry isn’t present.

The elemental components of crystalline solids are arranged in regular arrays. Hence, when they are exposed to X-rays, each solid produces a unique diffraction pattern, which can be used for its identification.

Crystalline solids have sharp melting points, that is, they change into liquids at definite temperatures.

Amorphous solids, on the other hand, are thought to be liquids at all temperatures. This is because, on being heated, they do not abruptly change into liquids, but instead soften and start flowing in a semisolid form.

The graphical representation of the cooling characteristics of an amorphous solid gives a smooth curve, while that of a crystalline solid has two break points along the curve. These break points indicate the beginning and end of the crystallization process, during which, the temperature remains constant. This happens because, in the crystallization process, energy is released, which goes on to compensate for the heat loss.

Amorphous solids display several of the characteristics of a liquid. Just like in liquids, in amorphous solids, properties such as electrical conductivity, thermal conductivity, mechanical strength, refractive index, etc., remain the same in all directions. Hence, they are known as isotropic materials.

An amorphous solid, on the other hand, give irregular cuts, because of its uneven composition.

Thus, crystalline and amorphous, both are solids that may exhibit similarities in terms of their appearances, but are actually vastly different from each other in terms of their elemental makeup and properties. 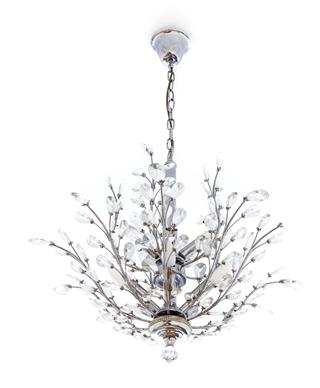 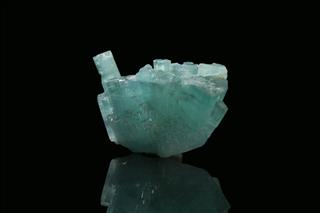