The Theory of Axial Load Explained With Diagram and Examples 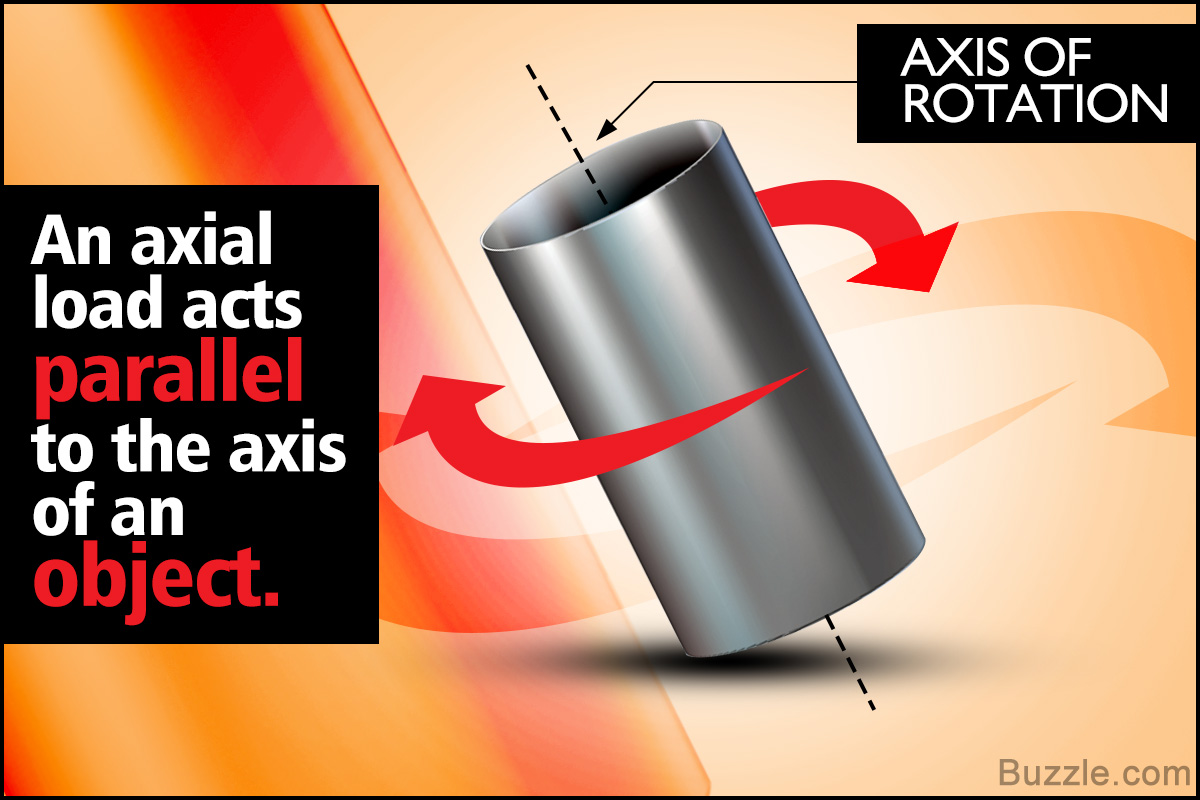 A force can act on an object in various ways. One such force is axial load. This ScienceStruck post brings to you the definition of axial load, and also the formula for axial load calculation for better understanding.

Along with the axial load, a ‘radial load’ also acts on an object, and the combination of these two loads is known as ‘combined load’.

A load, when applied to an object, subjects it to some force. This can cause deformations in the object, which are a result of the stress caused by the load. There are various locations at which a load can act on an object. The force which will be acting on the object is a result of the load, and such a load has two components – radial and axial.

The strength of a material can be known with the help of axial load. The axial load of an object is responsible for the force which passes through the center of the object, is parallel to its axis of rotation, and perpendicular to the plane of cross-section. The force owing to the axial load acts on the central axis of the object, and it can be a compressing or stretching force. The central axis, or the axis of rotation of an object, is that axis around which the object can spin.

Axial load is also known as ‘thrust load’. The image below will help in better understanding of what axial load actually is.

The axial load ‘f’, which is along the axis of rotation of the object, and passing through the centroid, is due to the mass ‘m’ of the load on top.

The formula to calculate the stress due to axial load is,

The force generated (F) is,

Where ‘m’ is the mass of the load, and ‘a’ is its acceleration.

The axial load will also result in deflection, which is,

Here,
F = The force generated by the load.
L = Length of the object.
A = Area of cross-section.
E = Young’s Modulus.

The tendency of an elastic to overcome the deformation it faces is its stiffness, and Young’s modulus is the measure of this stiffness.

In the above diagram, assume that the cylinder is made of stainless steel, the Young’s Modulus value of which is 180 GPa, having a radius of 0.25 m, and a length 1 m. The gravitational acceleration acts on the load, the value of which is 9.8m/s2. Assume that the mass of the load acting on it is 10 Kg. Now, the force created by the load can be calculated as,

Thus, the force generated by the load is 98 N. The area of the cross-section is,

The stress due to this axial load can be calculated as,

Thus, the value of the stress caused by the axial load is 500 Pa.

Thus, the deflection caused by the load is 0.28 m.

Both these loads―radial and axial―are important when studying the motion of a spinning object. When a load is introduced in a perfectly balanced way on a spinning object, it will not hamper its motion. Even slight variations in balance can affect the functioning of the object, which when used for longer periods will reduce the lifespan of the object. If the balance is not maintained, it will lead to more wear and tear of the spinning object, resulting in its failure.