Layers of the Atmosphere in Order

Every single layer of the Earth's atmosphere plays a crucial role in supporting life on the planet. The article will provide more information on each of these layers and their significance for us.

Home / Uncategorized / Layers of the Atmosphere in Order 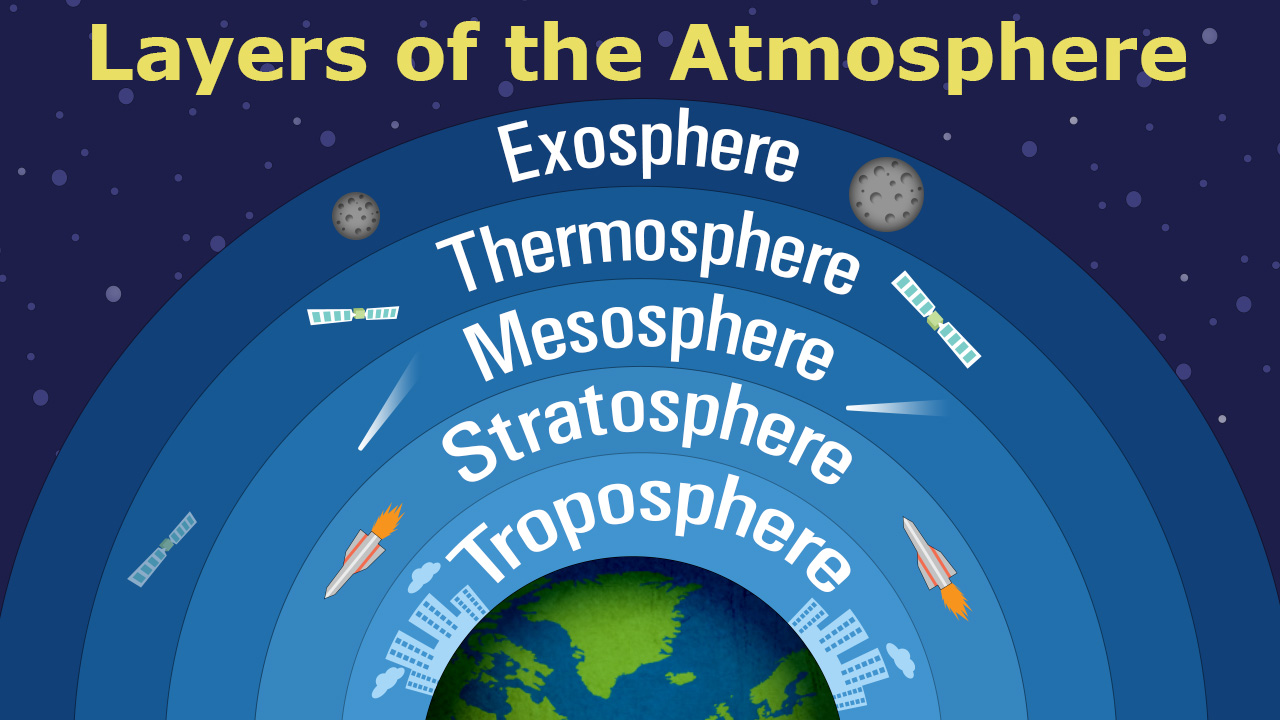 Every single layer of the Earth’s atmosphere plays a crucial role in supporting life on the planet. The article will provide more information on each of these layers and their significance for us. 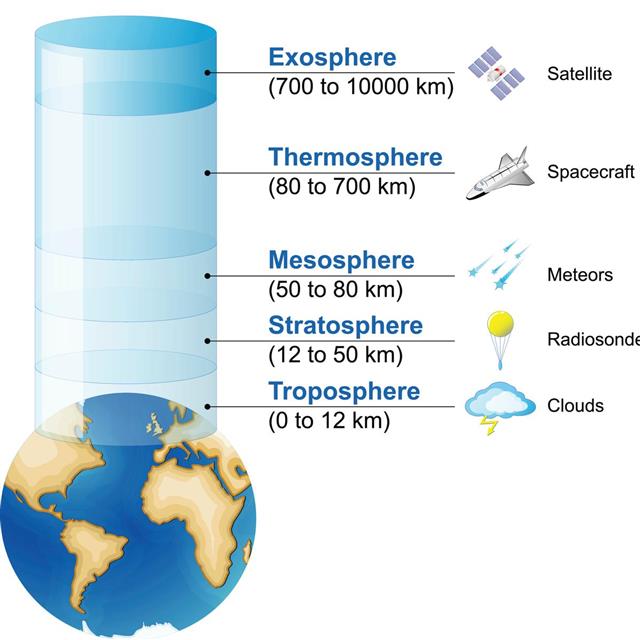 Going by the simplest definition possible, atmosphere is the mass of air surrounding the Earth. This mass of air―extending over a vertical distance of about 6200 miles―is basically divided into five zones or layers. Starting from the surface of the Earth, these layers are troposphere, stratosphere, mesosphere, thermosphere, and exosphere.

Layers of the Atmosphere

The mass of all the atmospheric layers combined adds up to 1.10231131 × 1019 lbs; approximately 80 percent of which can be attributed to the troposphere alone. Each of these layers have some unique characteristics―details of which are discussed below.

The first layer of the Earth’s atmosphere, troposphere starts from the surface of the planet and extends up to a vertical distance of 4.34 miles near the poles and 10.56 miles near the equator. The temperature of troposphere decreases with altitude, which means that the lowest part of the layer is the warmest at any given point of time. This can be attributed to the fact that this layer is most often heated by transfer of energy from the surface. On an average, the temperature here drops at a rate of approximately 6.5°C per 1000 meters in a phenomenon referred to as the Environmental Lapse Rate. Troposphere is separated from stratosphere by the atmospheric boundary referred to as the tropopause.

The second layer of the Earth’s atmosphere, stratosphere extends from tropopause to a vertical distance of 32 miles. Unlike troposphere, the temperature in stratosphere increases with altitude. This layer contains approximately 19.9 percent of the total mass of the atmosphere. The temperature in this layer remains constant with altitude for the first 5.59 miles, but increases for next 12.42 to 31.06 miles. The ozone layer, which is very crucial for lifeforms on the Earth, also lies in this zone. Stratosphere is separated from mesosphere by the atmospheric boundary referred to as the stratopause.

The third layer of the atmosphere, mesosphere extends from stratopause to a vertical distance of around 50 – 53 miles. In mesosphere, temperature decreases with altitude. It is separated from the thermosphere by the mesopause, which is also the coldest part of the Earth, with a temperature of around -100°C (-148.0°F). Mesosphere is the layer wherein most of the meteors burn when they enter the atmosphere.

The fourth and also the biggest of the atmospheric layers, thermosphere extends to a vertical distance of around 220 – 500 miles. In this layer, the temperature increases with altitude and can reach up to 1200°C at times. The oxygen molecules in this zone contributes to the rising temperature by absorbing intense solar radiation. Located within the thermosphere is ionosphere, a layer which contains electrically charged gas particles that help in transmission of radio signals. The highest point of thermosphere, thermopause, and the lowest point of the exosphere, exobase, combine to form an atmospheric boundary between the two layers.

The outermost layer of the atmosphere, exosphere extends from thermospause into the space. This layer is mainly made up of hydrogen and helium. Though the definite boundary of this layer is not known, scientists believe that it extends for a vertical distance of 6200 miles. That, however, is not supported by substantial evidence, so thermosphere is referred to as the biggest among all these layers of the planet’s atmosphere.

Each of these layers play a crucial role in making Earth the only planet with life. Without this protective covering, the Earth would have been as ‘dead’ as the other planets in the universe. 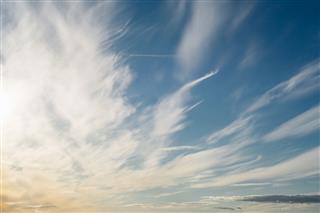 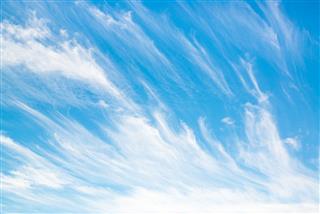