Amperage Vs. Voltage – What is the Difference?

The inability to see the actual electrical forces and the flow of charges has always been a challenge to those trying to perceive the basic electrical concepts at most of the time. Two of the foundational components of electrical study are amperage and voltage, and are generally misinterpreted by those trying to understand the subject. Hence, ScienceStruck helps you understand the difference as well as the relation, while comparing amperage and voltage.

Home / Uncategorized / Amperage Vs. Voltage – What is the Difference? 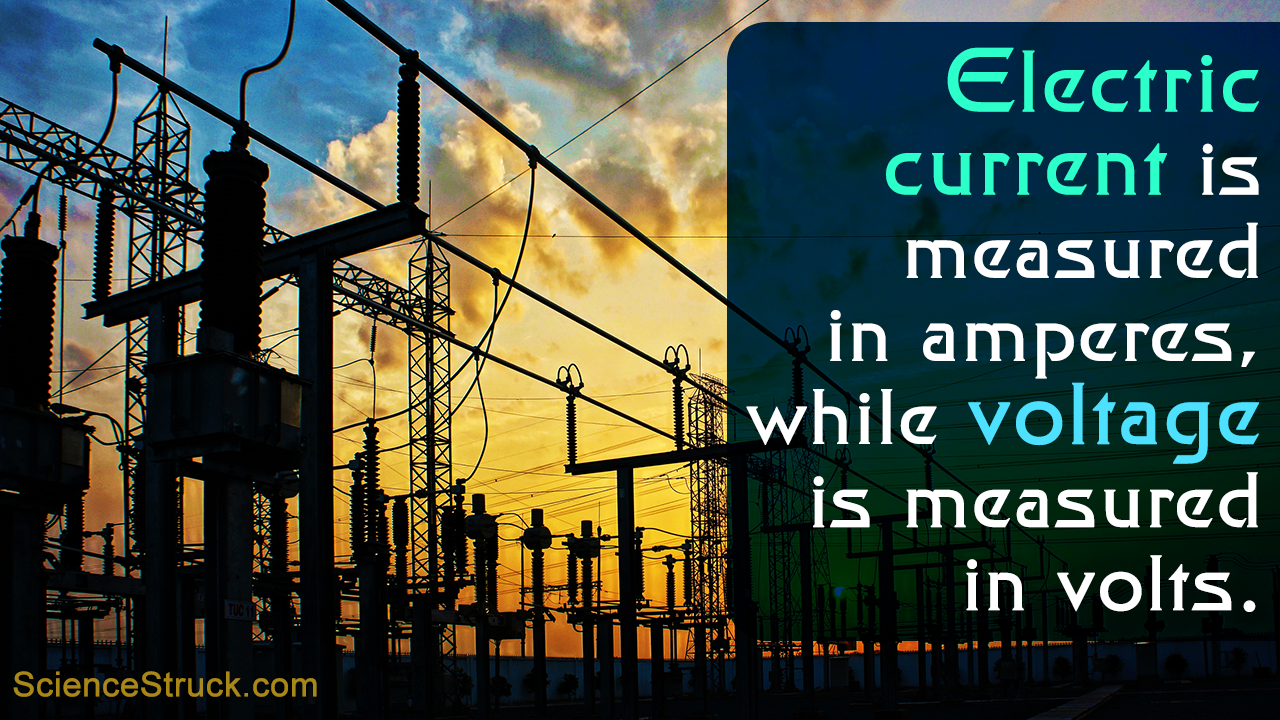 The inability to see the actual electrical forces and the flow of charges has always been a challenge to those trying to perceive the basic electrical concepts at most of the time. Two of the foundational components of electrical study are amperage and voltage, and are generally misinterpreted by those trying to understand the subject. Hence, ScienceStruck helps you understand the difference as well as the relation, while comparing amperage and voltage.

When it comes to analyzing electrical shocks experienced by living beings, the current or amperage comes into picture and not the amount of voltage. The amount of current that passes from an electrical equipment to the ground or a neutral surface via the body is what gives us a shock. The tolerable current limit that does not cause any painful experience ranges from 6mA to 9mA. Currents beyond 25mA cause ventricular fibrillation of the heart, which may prove fatal.

On application of an external electrochemical source, it is possible to create an ‘electron drift’ of electrons. Any two terminals on or across the surface of an object can be used to connect this source of charge and create two junctions―one with a positive potential and the other with a negative potential.

Ideal V-I Characteristics of a Conductor

The difference in potential between two such points under consideration, one acting as a source and the other as a sink of electrons, is called the voltage. The unit of measurement of voltage is volts, and its symbol is V.

Direction of Electron Flow vs. Current

The flowing of electrons at large, i.e., the electron drift in a conductor, causes current to flow in it. The direction of current flow being from the positive to negative terminal. However, this is the conventional direction of the current. The electric charges, i.e., the electrons, actually travel from the negative to the positive potential source. The measure of the amount of electric charge flowing across per unit cross-sectional area of a conductor is known as amperage. Amperage is measured in amperes or amps, and its symbol is I.

A fuse is employed in any electrical circuit to interrupt the flow of excessive current through its components. The manufacturers of the electrical fuses specifies its ratings with the help of both parameters―voltage and amperage. The selection criteria of fuse is dependent upon the voltage ratings of the circuit in which it is to be employed. For an equipment having a voltage rating of, say 300V and current rating, say 1A, a fuse of higher voltage rating but the same current rating may be selected.

The current ratings of the fuse is not dependent upon the type of current―AC or DC―flowing through it. It only depends on the magnitude of current through it at the instant of melting of the fuse wire. Although the thickness of the wire and the type of metal wire used is a factor directly associated to the current ratings of an equipment. This is because the heat developed in the fuse wire is a function of the square of the current flowing through the conductor, multiplied by the resistance offered and the time period of current flow. This is why fuses with higher amperage ratings, or at least the same rating, are used in an electrical equipment.

Effect of Batteries on Amperage and Voltage

Batteries are generally rated upon the amperes of current they can supply continuously for one hour. The ratings are therefore specified in ampere-hours. The lifespan of the battery depends upon the load connected across it. Heavier loads tend to shorten battery life, while lighter loads increase battery life.

If the batteries or cells are connected in serial combination in an electrical circuit, the net terminal voltage supply to the circuit shall increase, but the capacity of delivering the current to the circuit remains the same.

On the contrary, parallel combination of voltage sources is used for increasing the current delivering capacity of the source without any increase in the voltage across the source.

Consider a tank and a tub connected by a transparent pipe, kept at the same height from the ground. It can be easily observed that there is no flow of water in the pipe.

Now, if we change the position of either the tub or the tank to create a difference in potential, we shall observe that the water flows in the pipe from the container at higher potential to the container at lower potential. Instead of changing the level of the reservoirs, we can alternatively use water pumps for the same purpose. Valves may be used to regulate the amount of water flowing in the pipe from one reservoir to the other.

An analogy can be drawn between this situation and a simple electrical circuit. The water pump being used to create pressure in the water to flow is the ‘voltage applied’. The water behaves like charged electrons, and the pipe is the ‘conductor’ or ‘charge carrier’. The flow of water is analogous to the ‘electron drift’, and the amount of water flowing across per unit cross-sectional area of the pipe is the ‘amperage’. The reservoir at higher potential is the ‘battery source’, and the amount of water contained is the ‘capacity of the battery’. Any tap installed along the pipe can be considered as ‘load’.

Amperage in any circuit component, and the voltage across it, may be dependent on each other, but the two parameters are distinct from each other. Therefore, it is necessary to consider both carefully during the design of any electrical equipment or circuit.