Different Types of Storms That Will Blow Your Mind

A storm is a common natural phenomenon. When there is a newsflash about a storm approaching, it is important to know which type it is, since the precautions to be taken will differ accordingly. As such, ScienceStruck enlightens you about the different types of storms that occur.

Home / Uncategorized / Different Types of Storms That Will Blow Your Mind

A storm is a common natural phenomenon. When there is a newsflash about a storm approaching, it is important to know which type it is, since the precautions to be taken will differ accordingly. As such, ScienceStruck enlightens you about the different types of storms that occur.

Whenever you hear the word ‘storm’, it makes you shake in fear. Storms are a natural harbinger of death and destruction. Since ancient times, people have chanted prayers, participated in rituals, built shelters, but to little or no avail. None have succeeded against Mother Nature’s wrath. While it’s not possible to wish it away, prior knowledge can at least help take appropriate precautionary measures.

However, believe it or not, there are certain people who even chase storms, who are called storm chasers. Their ultimate dream is to capture a thunderstorm in motion, although the closest they have come to is a tornado. Most of their energy is expended in running from one place to another, while some spend days to see some action. Some even collaborate with meteorologists to be aware of impending disasters. It’s through their efforts that we have an insight to the unpredictable skies above us. The different types of storms are hailstorms, ice storms, snowstorms, thunderstorms, wind storms, hurricanes, and tornadoes.

➤ When freezing rain persists for a long period of time, leading to the accumulation of snow on exposed surfaces, they are called ice storms. If the rain freezes in midair, then it will reach the ground in the form of sleet. Sleet is a mixture of snow and rain, but very translucent, unlike snow. These usually start with snow, and end with rain that freezes on impact. People usually perceive them as gentle rains occurring at below-normal temperatures.

➤ Ice storms also cause black ice. Black ice is actually transparent ice found on asphalt roads, leading to its origin. The low levels of ice actually renders it invisible to people stepping on it. It caused major accidents in North England, when people stepped out on pavements thinking it was clear, but were actually sheets of black ice.

➤ The typical ice storm is 31 miles wide and 310 miles long. It occurs around once in three years.

➤ Ice storms usually occur during the months of December and January.

➤ A major ice storm struck the northeastern US in 2008, which rendered 1.25 million people homeless. This led to a state of emergency being declared across Massachusetts, New Hampshire, and parts of Maine.

➤ As a precaution, citizens should have emergency food that requires no preparation, as well as a flashlight, and a radio with fresh batteries.

➤ Use candles to provide light in the room, and restrict heating to one room only. Wear heavy clothing, and check the plumbing to see if the pipes are frozen.

➤ Thunderstorm clouds create hail when the rain they produce freezes before it hits the ground. Updrafts in the wind keep the frozen rain suspended, until it becomes too heavy to handle, and hits the ground in the form of hail.

➤ Hailstorms are a precipitation in the form of solid ice. The chunks of ice that fall on the ground are called hailstones. They are irregularly shaped, ranging from oblong to spherical. Larger hailstones have onion layers ranging from clear to opaque ice. Severe warnings are issued when the hailstones reach an alarming size.

➤ Hail is common in the areas of Nebraska, Wyoming, and Colorado, and usually occurs between March and October during the afternoons.

➤ Hailstorms have a destructive scale ranging from H0 to H10. H0 – H4 represents hard to severe hail which can shatter windows. H9 represents a super hailstorm which can cause extensive structural damage, and cause a major shutdown.

➤ Hailstorms cause extensive damage to crops. The worst hailstorm occurred at Kansas City in 2001, responsible for causing $2 billion worth in damages.

➤ To survive a hailstorm, find shelter, whether in a house or a car. Preferably stay indoors.

➤ Also stay away from windows, as strong winds tend to shatter the window panes.

➤ Snowstorms, as you can guess, are caused by heavy snowfall. Although not as dangerous as ice storms, they have secondary dangers in the form of avalanches. Snowstorms require a lot of outside moisture. The air converging in the center of the system should have an outlet to diverge in the mid-levels to continue this cycle.

➤ Snowstorms lead to a dramatic drop in temperature, leading to hypothermia. Visibility is reduced, causing a whiteout, which leads to car accidents.

➤ In case of a snowstorm, keep an emergency kit with a radio, food, and a gallon of water. Avoid any chocolate-filled foods, as they will only increase your thirst.

➤ Take shelter in your car or a nearby shelter if you’re hiking. If you need to leave the car, tie one end of the rope to your car, so you can find your way back easily.

➤ A storm marked by high winds and no precipitation is called a wind storm. A violent, brief wind storm accompanied by rain is called a ‘squall’. On the other hand, a violent windstorm with air, snow, or hail is called a ‘tempest’.

➤ A ‘haboob’ is a dust storm that can stand hundreds of feet high, but can dissipate at the same rate. It’s most commonly associated with Sudan and North America, An average life cycle is 10 to 30 minutes. Haboobs are rarely detected, and cause considerable visibility problems.

➤ In case of a wind storm, take refuge in a basement, and stay away from windows and doors.

➤ Evacuate mobile homes in a timely manner, because the wind could sweep it away easily.

➤ Don’t take refuge under a bridge or overpass, as the wind levels are higher there.

➤ Wear protective goggles and cover your face. Cover up your computers and furniture to protect them from the dust.

➤ A thunderstorm is characterized by thunder and lightning. Thunderstorms that cause hail to fall are hailstorms. They are most common in the tropics.

➤ A darkening sky with rapidly rising anvil-shaped clouds is an obvious sign of an approaching thunderstorm.

➤ There are four types of thunderstorms: single cell, multicell line, multicell cluster, and supercell storms. Single cell thunderstorms are pulse storms. As with all thunderstorms, they are formed in areas of high humidity. They barely last an hour, but can create severe hail and weak tornadoes.

Supercell storms are the most severe type of thunderstorm. They can produce strong downbursts, large hail, and occasional flash floods.

➤ In case of a thunderstorm, put shutters on all the windows and doors to prevent broken glass due to heavy winds.

➤ Unplug all electrical appliances during the storm, and stick to wireless equipment for communication.

➤ A firestorm is formed when an inferno created by intense flames absorbs the surrounding air, and fans the flames inside the center of the storm.

➤ The draft of the storm absorbs oxygen and increases combustion, thereby increasing the production of heat.

➤ The sight of leaves combusting or crisping to ashes is an obvious sign of firestorms in the distance.

➤ When a firestorm runs out of fuel, it splits up into isolated firestorms and weak tornadoes.

➤ Firestorms also create pyrocumulonimbus clouds, resulting in black rain, something like what poured down Nagasaki and Hiroshima after the bombings.

➤ Firestorms have occurred naturally in the Great Peshtigo Fire in Wisconsin and the Ash Wednesday fires in West Australia. Aerial bombings are also a cause of firestorms, which last for months, such as the ones in Hiroshima and Nagasaki.

➤ A tropical cyclone is used to describe windstorms that originate over tropical or sub-tropical waters. Once a tropical cyclone reaches sustained winds over 74 miles per hour, then it is classified as a hurricane, typhoon, or cyclone, depending upon where the storm originates. A hurricane rotates counter-clockwise, while a cyclone rotates clockwise.

➤ It is referred to as ‘cyclone’ in the Indian Ocean and South Pacific, and typhoon in the West Pacific. A hurricane loses strength when it reaches landfall, because it’s deprived of the moisture it receives from the ocean. Although many think of the hurricane as a windstorm, the main damage is caused by flooding. Hurricane Katrina was the deadliest storm, causing damages up to $113.4 billion.

➤ An extratropical storm is formed when warm and cold air clash, and secondly, when a hurricane leaves the tropics and transitions to an extratropical storm, thereby losing its spinning action, and evolving to become a bigger storm. It gets its energy from the temperature difference of the horizontal direction of the cyclone. An extratropical storm with sustained winds between 34 – 48 knots is called a gale. Tropical cyclones have no temperature differences across the storm. Their energy is derived by the release of heat due to the cloud formation from the tropics.

➤ There are different types of alerts issued in case of a hurricane. They are Outlook, Watch, Advisory, and Warning.

➤ Tornadoes are funnel-shaped columns of air which rotate counter-clockwise. They are referred to as ‘twisters’. Tornadoes have narrow ends which touch the earth, and are usually accompanied by debris and dust. A waterspout refers to a tornado over water. While a dust devil is often mistaken for a tornado, it is a small updraft of rising air that picks up small dust and dirt particles.

➤ A tornado is also formed as a result of a severe thunderstorm. Tornadoes usually move from southwest to northeast. But it’s unpredictable, and can usually change its path at the last minute. It has 5 stages: advisory, alert, watch, warning, and tornado. A tornado is usually preceded by high winds and lightning.

➤ The Fujita scale measures it in five stages: F1 – moderate, F2 – significant, F3 – severe, F4 – devastating, and F5 – incredible. While tornadoes can occur anywhere in the world, more occur in the US than any other country.

Storms destroy everything in their path, taking the path nature charted out for them. Today, with technology, we can at least predict their movements, and take necessary measures for safety. 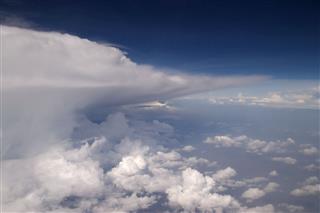 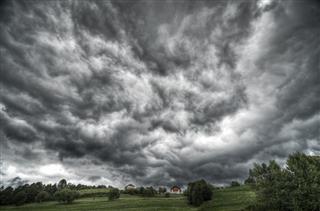 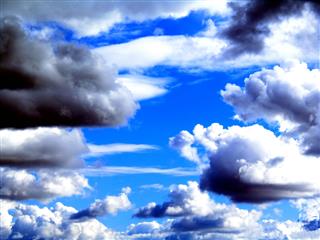 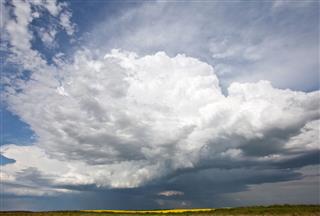