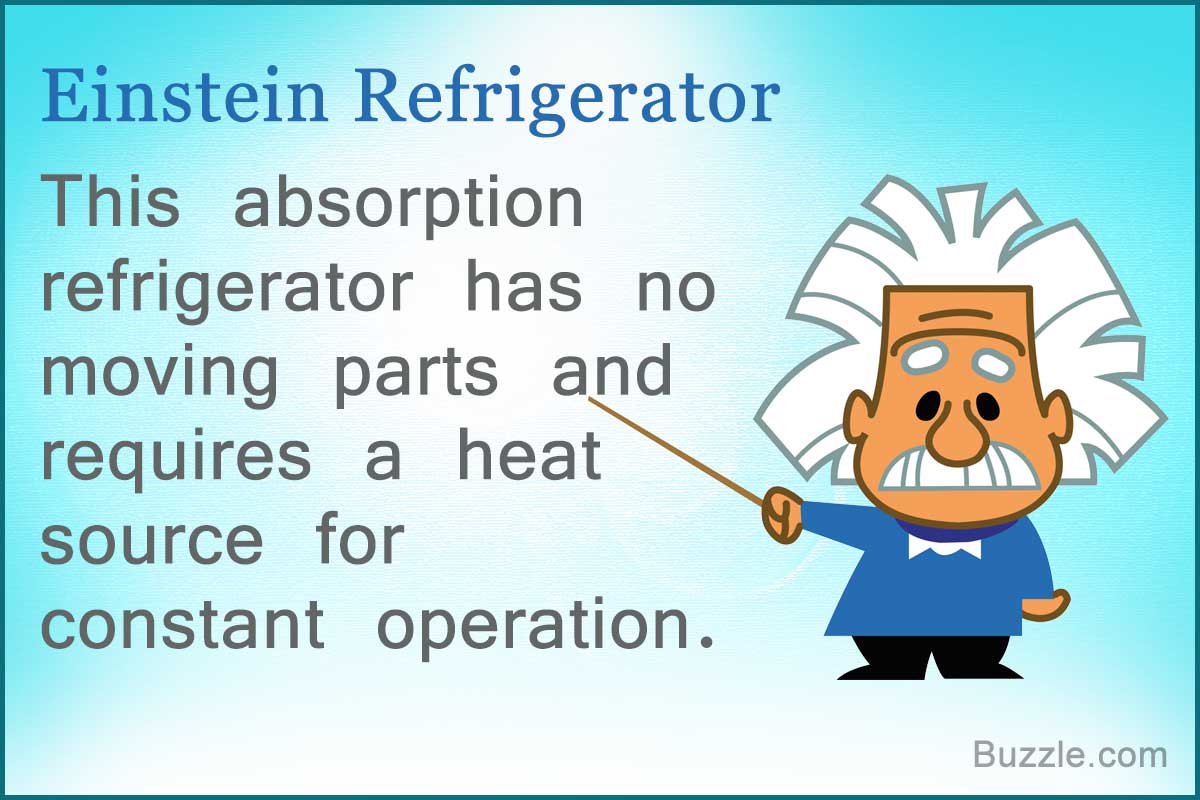 A theoretical physicist and philosopher, Albert Einstein was the most influential scientist of the 20th century. So what did Albert Einstein invent? Einstein is known mainly for his theoretical work and he didn’t invent many things as such; it is a lesser known fact that only one of his inventions, the Einstein Refrigerator was patented.

Albert Einstein was born in Ulm, Germany on 14th March, 1879. Known as the father of modern physics, Einstein received the Nobel Prize for his contribution to ‘Theoretical Physics’ in 1921. The Einstein refrigerator is an important invention by Albert Einstein. The theory of relativity proposed by Einstein is one of his important contributions to the study of the physical world.

Most of the inventions by Einstein may not be considered as inventions in the conventional sense. ‘Einstein Refrigerator’ is the only ‘real invention’ by Einstein. The history of inventions of Einstein shows that most of his inventions were theoretical concepts which laid the foundation for further research on the subject.

The news of an accident, which took place as a result of breaking of a refrigerator seal inspired Einstein and Szilard to find a safe alternative to the technology used in those days. Specialty of the Einstein Refrigerator is that it doesn’t incorporate any moving parts. 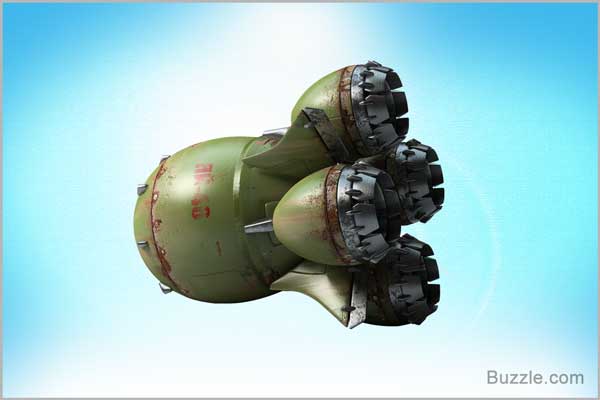 In fact, he had written to the US President Roosevelt urging him to build an atomic bomb before the invasive Germans attempted to do so. However, he also condemned the use of atomic bomb by USA – which led to mass destruction and bloodshed in Hiroshima, Japan.

As per the e=mc² equation, mass and energy, to a certain extent, are interchangeable.

E=mc²
This equation is formed of the following variables and constants.

The Special Theory of Relativity

This theory was developed by Albert Einstein in his attempt to reconcile the laws of electromagnetic field with those of classical mechanics. In 1905, Einstein presented the special theory of relativity in a paper titled ‘On the Electrodynamics of Moving Bodies’.

The two fundamental concepts given below form the essence of this theory.

~ As per the first concept, uniform motion is always relative.

~ According to the second concept, ‘the state of rest’ cannot be defined – it means the state is not absolute.

The research that was conducted on the Theory of Relativity was amongst the major accomplishments by Albert Einstein. The postulate presented by Einstein was the first in the series of explanations about ‘The General Theory of Relativity’. In this regard, an important postulate put forth by Einstein is stated as follows, “gravitational fields are equivalent to the accelerations of the frame of reference”.

This postulate can be elaborated with the help of the following example. People in an elevator (one that is descending) are unable to understand exactly which force (gravitational force or acceleration of elevator) governs their motion.

In one of his papers on the subject of photoelectric effect, Einstein stated that light is made up of particles. In this paper he also stated that these light particles (photons) contain energy. The energy present in photons is directly proportional to frequency of radiation.

Earlier, it was assumed by scientists that light traveled in the form of waves. The studies conducted by Einstein and discoveries made by him helped in understanding some of the basic concepts of physics. In fact, the concept of ‘quantum’ revolutionized the study of physics. In 1921, Albert Einstein was awarded the Nobel Prize for his research on the subject of photoelectric effect.

The relation between energy and radiation frequency is presented with the help of the formula is given below.

E=hν
In this formula,
‘E’ stands for energy
‘h’ symbol denotes Planck’s constant
‘ν’ is the symbol for frequency of radiation

In 1827, Robert Brown, a botanist from England had observed a random, agitated movement of pollen grains that were suspended in water. At the time, he was not able to explain the reason behind this kind of motion. In 1905, Albert Einstein provided an explanation on such type of random movement of suspended particles. According to Einstein, thermal molecular motions were responsible for the random movements of microscopically visible bodies suspended in a liquid.

The Bose-Einstein condensate was predicted by Albert Einstein in 1924. The Bose-Einstein Condensate (BEC) is an entity formed as a result of coalescing of separate atoms when they are cooled to a temperature of – 459.67 °F i.e. – 273.15 °C. Einstein had predicted the BEC on the basis of quantum formulations that were provided by Satyendra Nath Bose, an Indian scientist.

However, it was in 1995 that the BEC was made for the first time. Eric Cornell and Carl Wieman played an important role in making the BEC.

The phenomenon of scattering of light which emanates from the sun is the reason behind the sky appearing blue in color. The electromagnetic field of light is responsible for inducing electric dipole moments in molecules which come in contact with light. Albert Einstein provided a detailed explanation on the phenomenon of scattering of light caused by molecules in the atmosphere.

Albert Einstein was one of the greatest scientists of his times. However, he was not enthusiastic about learning and education as a whole during his school days. He didn’t like the rigid techniques and methods of teaching used in those days. These teaching methods did not help, in any way, to raise his interest in the learning process. Einstein’s academic performance was considered as average by his teachers. However, Einstein’s curious nature and his ability to understand the complex mathematical concepts without assistance were signs of his exceptional talent. He was able to learn Euclidean geometry at the age of 12 through self-study. In his childhood days, Einstein would sit in a crowded room happily solving his mathematical problems. The first job taken up by Albert Einstein was that of a Patent Officer at the Swiss Patent Office (Bern). He started working as a Patent Officer in June, 1902 and received an annual salary of 3500 francs.

Albert Einstein’s inventions and his theories proved to be of great help to scientists of 20th century. The theory of relativity proposed by him can be considered as one of the important milestones in the history of scientific development.